Daniel Ricciardo expects Red Bull to stay in F1 in 2016

Daniel Ricciardo expects Red Bull to remain in Formula 1 next year, despite repeated threats from senior figures suggesting it could withdraw its two teams from the grid

Owner Dietrich Mateschitz has made clear he is prepared to pull Red Bull Racing and Toro Rosso from F1 if his teams cannot land competitive engines for 2016.

This follows Red Bull deciding to terminate its deal with Renault ahead of schedule, Mercedes rejecting an approach to supply engines badged by Aston Martin, and Ferrari reportedly only offering year-old power units.

Three-time grand prix winner Ricciardo, who could lose his place on the grid if Red Bull pulls out, insists it is in the best interest of everyone involved for a solution to be found.

"I don't have any fear, I have faith," Ricciardo told Autosport.

"The team want to race, we want to be competitive. That's for them to make the call.

"[Red Bull and Toro Rosso] want to be on the grid, both of us, for the numbers and for Formula 1.

"We've only got 20 cars now so you want to see spots filled.

"It's for the good of the sport that we stay on the grid and that we are competitive.

"That's why I have faith that we'll be on the grid."

On the prospect of lining up on the grid in 2016 in a Ferrari-powered Red Bull, Ricciardo said rival teams should take his team on in a straight fight.

"We proved in Singapore that we do have a very good car," he said, referring to his front-row start and second place finish on the tight street circuit.

"If we get some more horsepower we'll be further up the grid.

"That's what we want. Our competitors should relish that challenge." 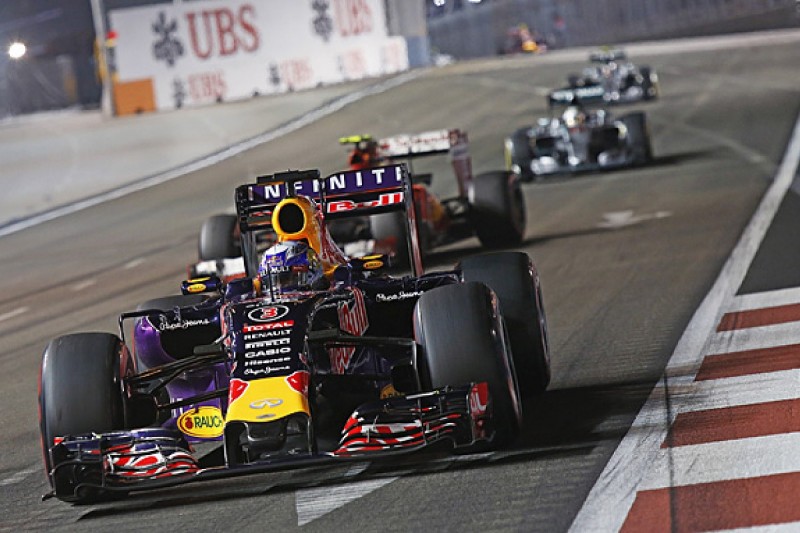