Pascal Wehrlein's Sauber is set to need a new gearbox after his Canadian Grand Prix qualifying crash, and will have to revert to an older-spec rear wing

The gearbox change will mean Wehrlein incurs a five-place grid penalty, though it is irrelevant as he is already due to start last in the 20-car field.

In Q1, Wehrlein touched the grass on his approach to Turn 1, which pitched him into a spin and backwards into the barriers.

Autosport understands there was significant damage to the rear of the car and after an inspection of the gearbox, the Sauber Formula 1 team decided a fresh unit was required. 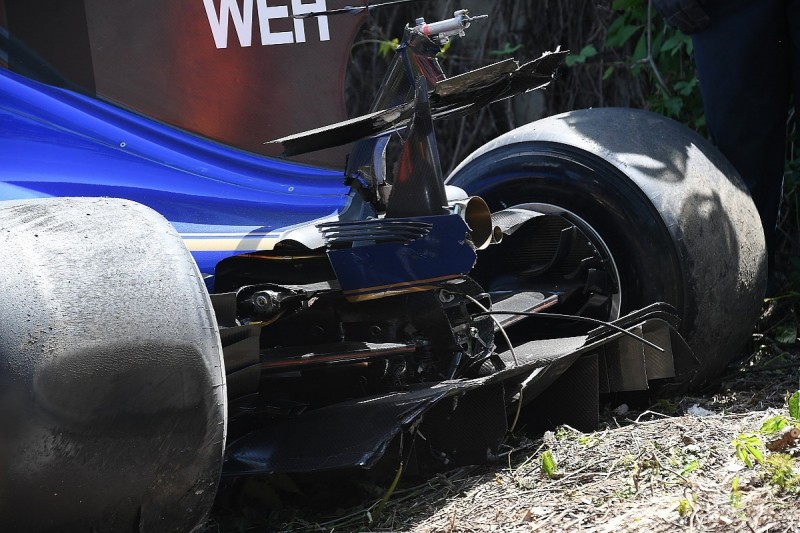 Under F1's sporting regulations, drivers need to run the same gearbox in six consecutive events or take a five-place penalty.

Sauber has yet to decide whether Wehrlein will take up the final grid slot or start from the pits.

Wehrlein took the blame for the incident, admitting it was his mistake as he was "overdriving" the car.

"I tried to push to extract the maximum but obviously it was my mistake in Turn 1," he told Autosport.

"I'm sorry for the mechanics because at the moment they are working so much.

"I was overdriving the car because already the lap before I had a few moments out of the corners.

"I'm just trying really hard to extract the maximum out of the car.

"We can see the gap to the cars in front, I'm just trying hard, and on the last lap it was too much." 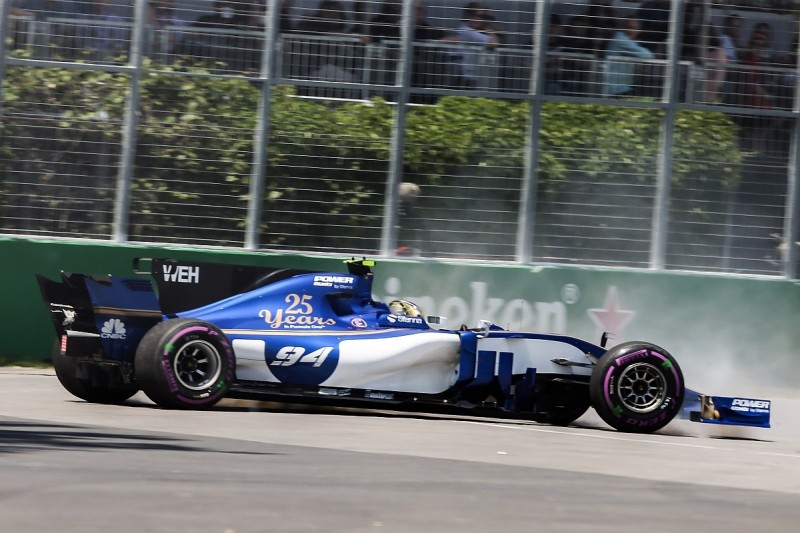 Wehrlein has reverted to an older version of the team's Canada-spec rear wing, as the team does not have a spare of the new version it brought to Montreal.

Team-mate Marcus Ericsson will continue to run the latest version but it is believed the part has not delivered the gains Sauber had expected.

Sauber was also hoping to unlock the potential of its Monaco upgrade package in Canada, but so far is at a loss over why it is not producing the performance the data has suggested it can.

"Since Monaco, we have had the new aero package and we expected a good step but at the moment we can't see it," said Wehrlein.

"We don't know if it is track-related or if it is tyre-related.

"From the numbers, everything is working as expected.

"We can see the gains, but we can't see the lap times.

"We're half a second off the teams ahead of us.

"If it's a normal simple race without DNFs or issues on other cars, it will be difficult."