Toto Wolff says Mercedes is still searching for clear answers on how to set up its Formula 1 car for Pirelli's ultra-soft tyre, despite Lewis Hamilton's Canadian Grand Prix pole

Mercedes bounced back from a difficult weekend in Monaco to beat Ferrari to pole position in Montreal, with Hamilton lapping 0.330 seconds clear of F1 title rival Sebastian Vettel as he equalled Ayrton Senna's tally of 65 career poles.

Ferrari looked to have a clear advantage over Mercedes in practice, but Mercedes set the pace throughout the three segments of qualifying.

That suggested Mercedes had made a breakthrough with the set-up of the W08, which has so far this season performed inconsistently on the ultra-soft compound.

Wolff said Hamilton benefited from Mercedes altering its tyre preparation strategy midway through Q2 - opting do only one slow lap to build tyre temperature after the out-lap, rather than two - but confirmed Mercedes had made no radical set-up changes heading into qualifying.

"I don't think we have discovered the holy grail," said Wolff. "But the more data we collect the more we learn, the better we put the jigsaw together.

"There's always changes in set-ups [between sessions] but there was no major change - it was just trying to optimise the car with the base set-up that was already in place." 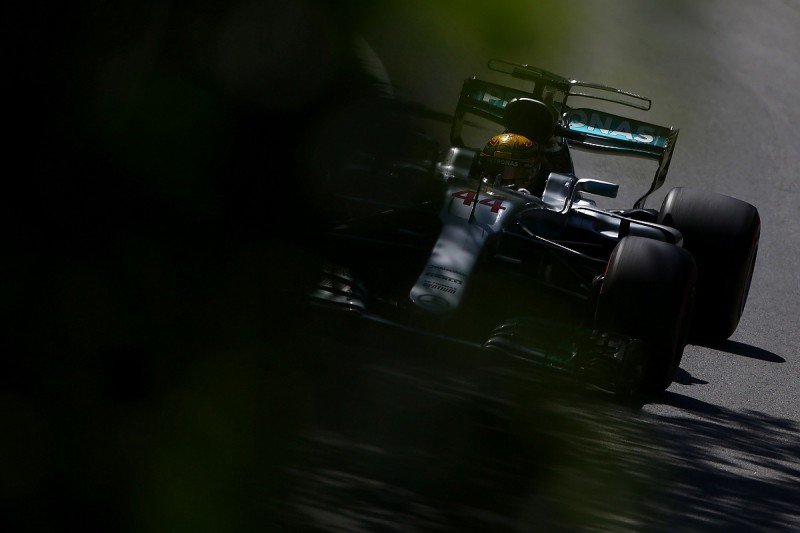 Valtteri Bottas said on Thursday that Mercedes had lightened its car for this race and made some tweaks to the suspension in a bid to improve its form on the ultra-soft compound.

Wolff confirmed the team had also altered its set-up approach for Canada in the wake of its Monaco struggles.

But Bottas only qualified third, more than seven tenths slower than Hamilton in Q3 having been fractionally quicker in Q1 and within a tenth of Hamilton in Q2.

Wolff called this gap "unknown territory" for Mercedes, and said it supports the impression the team still does not have a full understanding of its car's performance on the ultra-soft tyre.

"The way we put the car on track was different to how we would have done without having had the slap in Monaco - therefore, yes there is a learning curve in relation to set-up and its effect on the tyres," Wolff added.

"But it is still a complicated picture. We can see differences between the two cars with no major discrepancies in set-up - still very different performances between the drivers.

"There is a difference in how they perceive the car."