Lando Norris has admitted that he is still not in "perfect condition" after being mugged following the Euro 2020 football final at Wembley last weekend.

The McLaren driver was shaken up after thieves pounced on him following the Italy v England game on Sunday night.

The thugs, who pounced on him as he returned to his car after the match, stole his £40,000 Richard Mille watch amid the chaos surrounding Wembley stadium.

It was the first football game that Norris had ever attended.

Norris’s McLaren team issued a statement earlier this week saying that other than being ‘shaken’ by the incident, the young Briton had escaped unhurt.

But as he arrived at Silverstone for the British Grand Prix, Norris still admitted that while he was feeling better, he was still not totally over what happened. 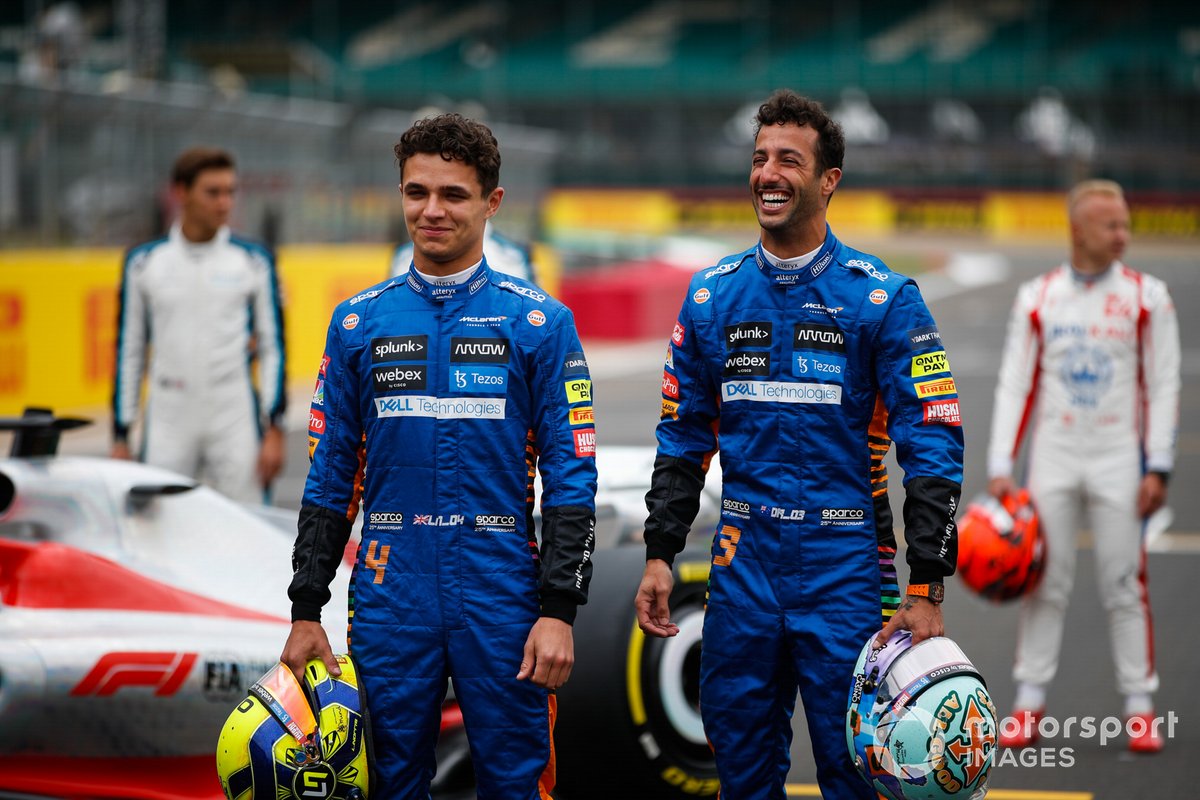 “I'm alright thanks,” he said, when asked about how he was coping. “Maybe not at the perfect condition but getting there.

“I think one of the best things really has been able to come to Silverstone and get my mind off of it and focus on a different job. So we're just excited to be here. [I’m] getting there, and I'm sure I will be alright tomorrow.”

Norris will be boosted this weekend, however, by the support of British fans, with Silverstone boasting a capacity crowd for this year’s race.

Having done some promotional filming work on Thursday, Norris said he already welcomed the feeling of being close to spectators who had been largely absent from grands prix for the past 12 months.

“Already they've been pretty awesome,” said Norris. “I just actually did some laps earlier in a car, and they [the grandstands] were already full on the start/finish straight and chanting and so on.

“So it was nice to get that feeling back. We've missed that for such a long time.”

Norris arrives at the British Grand Prix on the back of another podium finish at the Austrian GP a fortnight ago.

The third placed finish has left him just three points behind Red Bull’s Sergio Perez in the fight for third place in the drivers’ championship.