Sebastian Vettel feels it is "wrong" for Formula 1 sprint qualifying race winners to be credited with the official pole statistic because "it is a new discipline" for the championship.

The sprint qualifying race format is being trialled for the first time at this weekend's British Grand Prix, with the 62-mile race replacing the previously typical knockout qualifying in the event's timetable on Saturday and its results setting the grid for Sunday's grand prix.

The Q1/Q2/Q3 qualifying will instead be held on Friday evening, after a single hour of practice running, but the driver that tops that session will not be given the pole statistic as had previously been assumed.

F1 sporting boss Ross Brawn explained last month that "after discussions with the FIA, they feel pole position is the guy in front of the grid for the grand prix" so "we don't cannibalise the grand prix".

The decision has generated a debate about how F1's pole records will be treated from now on and the sprint race topic overall has been much discussed in Thursday's pre-event press conferences at Silverstone.

When asked by Autosport what he made of the decision to award the pole stat to sprint qualifying race winners, Vettel - who first clarified that would be the case with Alpine's Esteban Ocon, who was appearing alongside the Aston Martin driver - said: "I think that's wrong.

"It gets all a bit confusing. But obviously it depends. If this is a one-off, then it doesn't do much harm.

"But, if we end up having 10 sprint races next year or in the future, then I think it's just a bit weird. So, pole position should go to the guy who goes fastest in one lap." 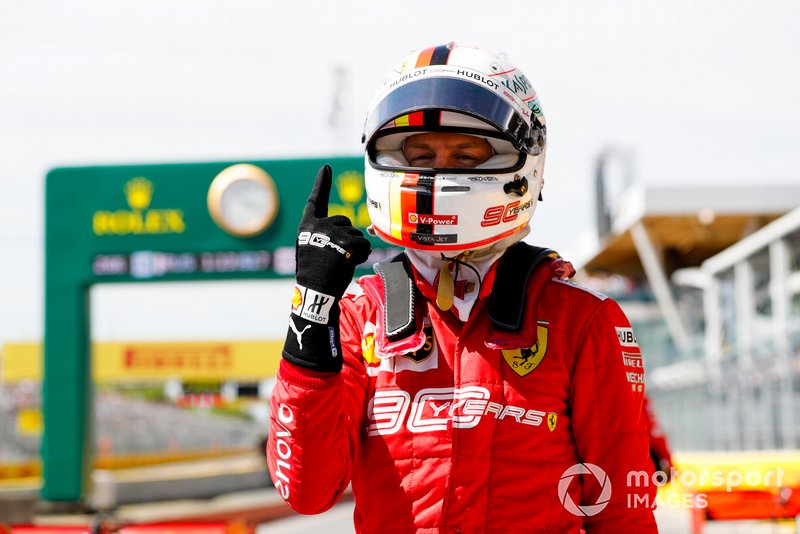 Following Vettel's initial comments, Ocon said, "then we call sprint quali, sprint race?", to which the four-time world champion replied: "Certainly, they could [just] make up 'sprint pole' or something.

"It's a new discipline, so they didn't have it 50 years ago, and now we have it. Then we just add a new column to the statistics."

The sprint qualifying race is set to be reappear on the F1 timetable at the Italian GP at Monza and then one further race on the 2021 calendar.

The third race has long been expected to be the Brazilian GP at Interlagos, but this will be confirmed later in the year, with uncertainty surrounding several races in the second half of the 2021 season due to the ongoing COVID-19 pandemic and the resulting travel restrictions.