Lando Norris has played down McLaren’s impressive practice form at the Bahrain Grand Prix, claiming he is lacking confidence and does not think rivals showed their true pace.

The Briton ended the more representative second free practice session at Sakhir in second spot, just 0.095 seconds behind pace setting Max Verstappen, while in the hotter morning session Norris had been third fastest.

But despite the encouraging form that has come off the back of a promising pre-season testing weekend, Norris dismissed talk that McLaren appeared to be in the mix with Red Bull and Mercedes.

Instead, he reckoned the new MCL35M was not giving him the confidence he wanted, and he thinks the team’s form was flattered by rivals not showing their true hand just yet.

“I'm a bit surprised by today, and I think it's more we just showed more pace than the others,” said Norris. “It's as simple as that. We will see the obvious four cars at the front tomorrow, I'm guessing. But you never know. We could be surprised. The car didn't feel that good today.”

Norris explained that the McLaren did not feel good enough when cornering, and lacked consistency – especially across varying fuel loads and different weather conditions.

“I don't have the confidence that I want, especially in the medium and high speed corners. So corners like Turn 6, Turn 7. I made a mistake on my first lap and I had to abort because I turned in and just completely lost the rear.

“My confidence in the car isn't where I want it to be. It isn't where we had it last year, but there's also improvements in other places compared to last year. So it's not necessarily that everything has to be better. There's just areas to work on.” 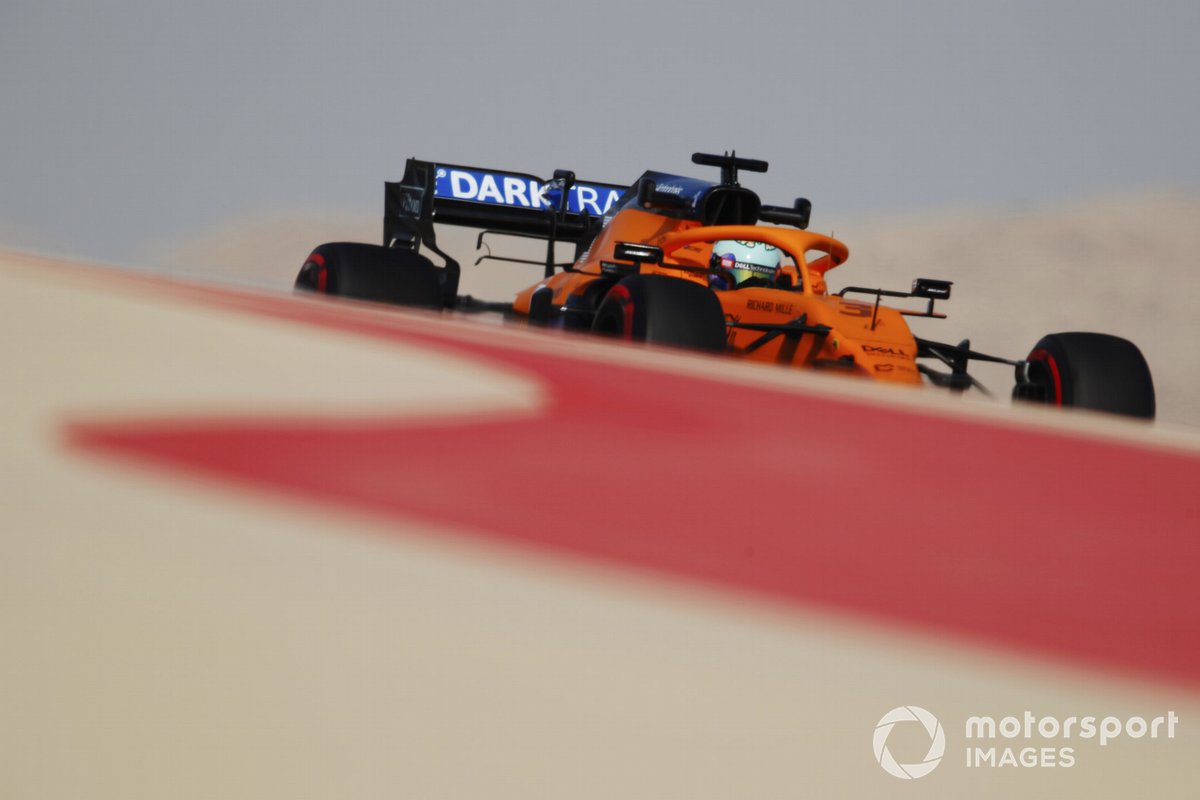 Norris’s comments about lacking confidence in the car were echoed by new team-mate Daniel Ricciardo, who ended up sixth overall in the second session.

PLUS: How McLaren is going back to the future with Mercedes

However, he says the fact both drivers are not entirely happy but still set good times could actually be a positive sign for how things could go if improvements can be made.

“I think the encouraging thing is that we're second and sixth, and I think still both relatively unhappy,” said the Australian.

“Not to be too pessimistic, but I don't think we're yet saying we're 100% into the car and comfortable and it's doing everything we want.

“So, yeah, I think we have still got some work to do. But knowing that and we're still at the pointy end, I guess that's encouraging.”