Aston Martin Formula 1 driver Sebastian Vettel says there's "still a lot left on the table" after a low-key Friday in Bahrain, his first grand prix weekend with the team.

In a tight midfield pack, the former Ferrari driver finished FP1 in 12th place before slipping two places to 14th in FP2, where he was 0.922s off the pace-setting Red Bull of Max Verstappen.

His team-mate Lance Stroll was 13th and eighth in the two sessions.

The four-time world champion was badly compromised at the recent Bahrain test by mechanical issues that left him "100 laps" short of his desired total. He completed the fewest lap tally of any driver on 117, less than half the total managed by Pierre Gasly, who topped the list.

With the limited running at the test, Vettel admitted that he was still struggling to get the car to his liking around the full lap.

"I feel that there's still a lot left on the table just to get used to the car, and being able to squeeze the limit," he said.  "Right now it seems a bit up and down.

"Sometimes I'm really good, in other corners I'm far out, but that's normal. Hopefully [we can] come tomorrow with more consistent running [and] I'm able to squeeze the limit everywhere." 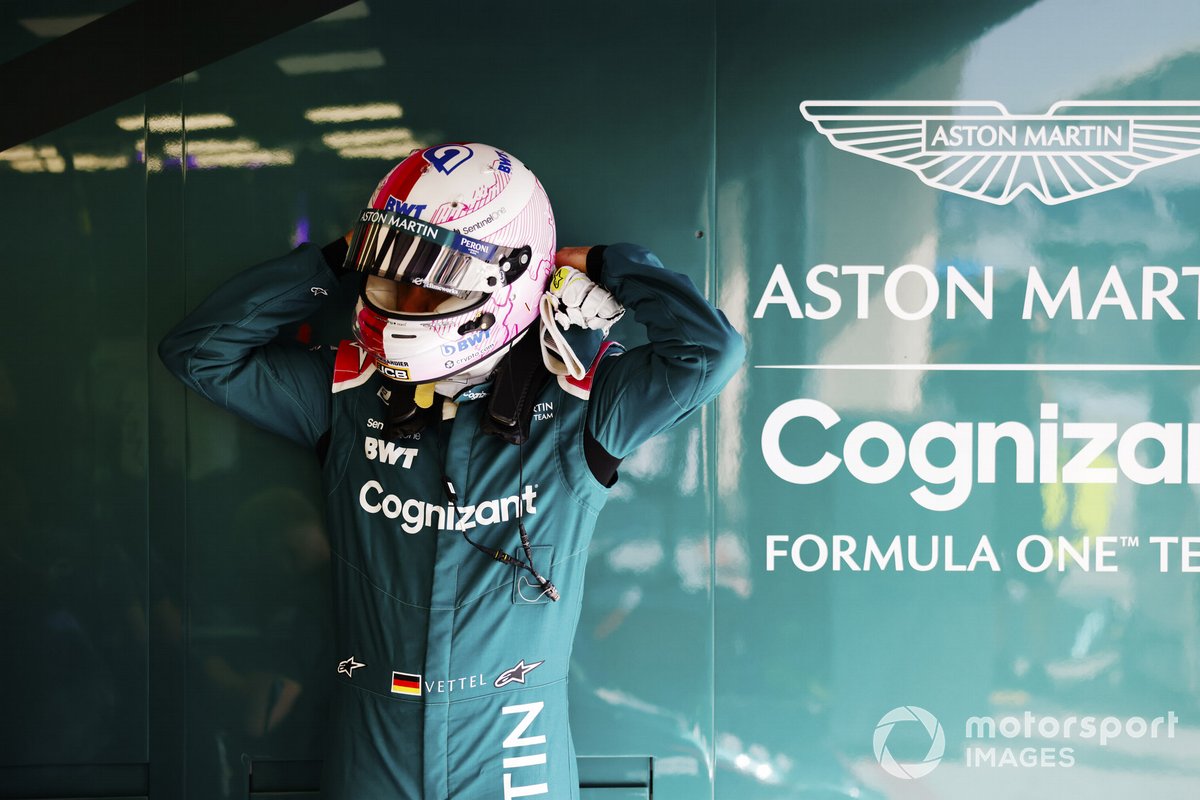 All drivers also had to get used to the new more compact Friday format, with only an hour in each session instead of the usual 90 minutes, which meant teams had to squeeze their usual run plans into the shorter timeframe.

"We tried to get the most out of the time that we had.

"Every lap still still helps you to get used to the car, and get into a rhythm. I'm trying a lot of things. Still, I think there's a lot to try, a lot to learn. It seems like fun.

"We are we obviously now looking into some of the stuff that we tried in the afternoon or the evening, and hopefully, it will be a bit more clear and calmer tomorrow.

"But I think that's probably true for all the rest of the pack as well."