Lando Norris says that the McLaren Formula 1 team is losing out because MCL26's DRS generates less of a speed gain than those of rivals when it's open.

McLaren endured one of its most difficult weekends of the 2022 season at Spa, with Norris finishing 12th and his team-mate Daniel Ricciardo a few seconds behind him in 15th.

Both drivers were part of a train of cars that became stuck behind the Williams of Alex Albon, which was extremely fast on the straight.

Norris stressed that the effectiveness of the car's DRS relative to others was a key factor at Spa, making passing harder.

"I think we were probably one of the quicker ones on the straights," he noted.

"Where we lose a lot is in DRS, for some reason in DRS we're pretty shocking.

"Some cars are a lot better than others, like in a pure straightline condition I think yesterday we were quicker than Red Bull.

"But then the Red Bull opens DRS and gain somehow like another 15km/h and is in a completely different league to a lot of people.

"So there's something we're maybe missing with DRS, so that makes our overtaking opportunities less than other people.

"But just slow speed, medium speed, high speed, nothing was a strength this weekend. We're just a bit down in every area." 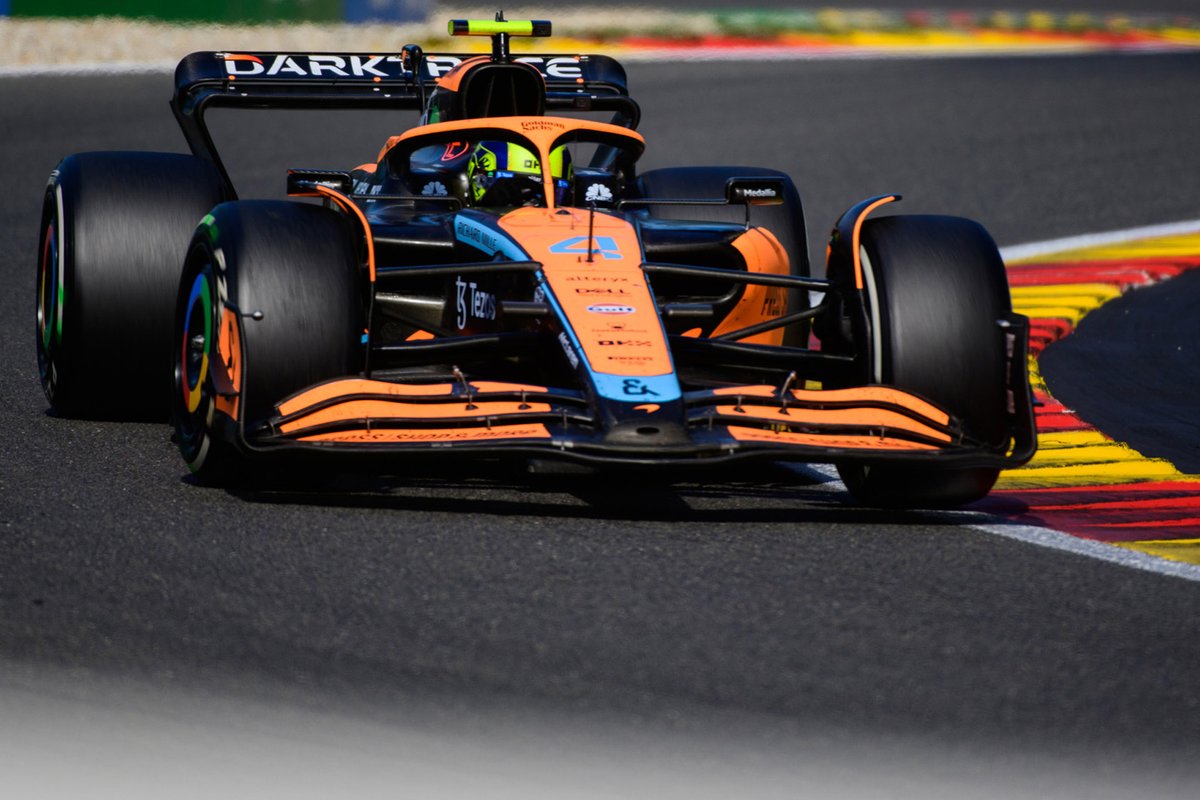 Norris conceded that the poor race performance did not come as a surprise.

"I think it's exactly as I expected," he said when asked by Motorsport.com if the race was tougher than anticipated.

"I think we knew the racing was going to be a lot worse here this year than it was in previous years, just because the slipstream is so much worse.

"But yeah, apart from that, just getting stuck behind the Aston [Of Lance Stroll], and the Williams. I think the Aston's pace was clearly better than us today.

"But the Williams is just so quick in the straight, and I'm in the DRS train, and I just couldn't do a lot. I reckon we were just where we deserved to be.

"I think the gaps between all cars looked bigger this weekend than normal.

"A longer track, a lot of it's all about efficiency here, running as low downforce as possible, but still having a car that performs very well in all the high-speed and low-speed corners. And that's clearly what we don't have."

McLaren struggled at Zandvoort last year, but Norris is hoping that the Dutch GP venue will be more suited to the MCL36.

"High downforce, so hopefully moves us a little bit more back in line with Budapest's kind of pace, I hope. But you never know, it was our worst track last season.

"So I'm hoping this year it's not the case. Because some of the problems that we had in previous years are maybe not so evident this year, and we've got other problems. So we'll see. It can't be a lot worse I hope than this weekend."