Formula 2 championship leader Felipe Drugovich says he is aiming for a Formula 1 reserve role in 2023, and believes not being in a driver academy makes him “completely free”.

The MP Motorsport driver currently leads the standings by 43 points from Theo Pourchaire, who is a member of Sauber’s junior academy.

Having run three seasons in F2, Drugovich is now looking at his next steps for 2023, and believes that with “very limited” opportunities for a race seat in F1, a reserve seat may be his best bet at moving up to the series.

While many F1 teams have junior academies to call on for reserve drivers, such as Liam Lawson at Red Bull and AlphaTauri, some, including McLaren, do not have that option.

Though his lack of direct links with an F1 team could be seen as a disadvantage, Drugovich believes it gives him more freedom to pursue opportunities than if he had that tie.

Speaking after finishing second in the Spa feature race, he said: “I see my future… I mean, somehow I’m going to be able to drive something next year.

“I still don’t know what it is, what I’m going to drive next year I don’t know.

“It might happen like Nyck [de Vries], I think getting to F1 nowadays is very very difficult and it’s looking like the opportunities for a main seat in F1 next year are obviously very limited.

“Other than that, there are other categories that we can drive in somewhere else.

“But for now, I am focused on this championship, trying to win it, and hopefully this result might get me to F1 someday. Nothing to worry about now.”

Drugovich added: “I think talking about F1, to be fair obviously we try to contact every team we can and see what they say. 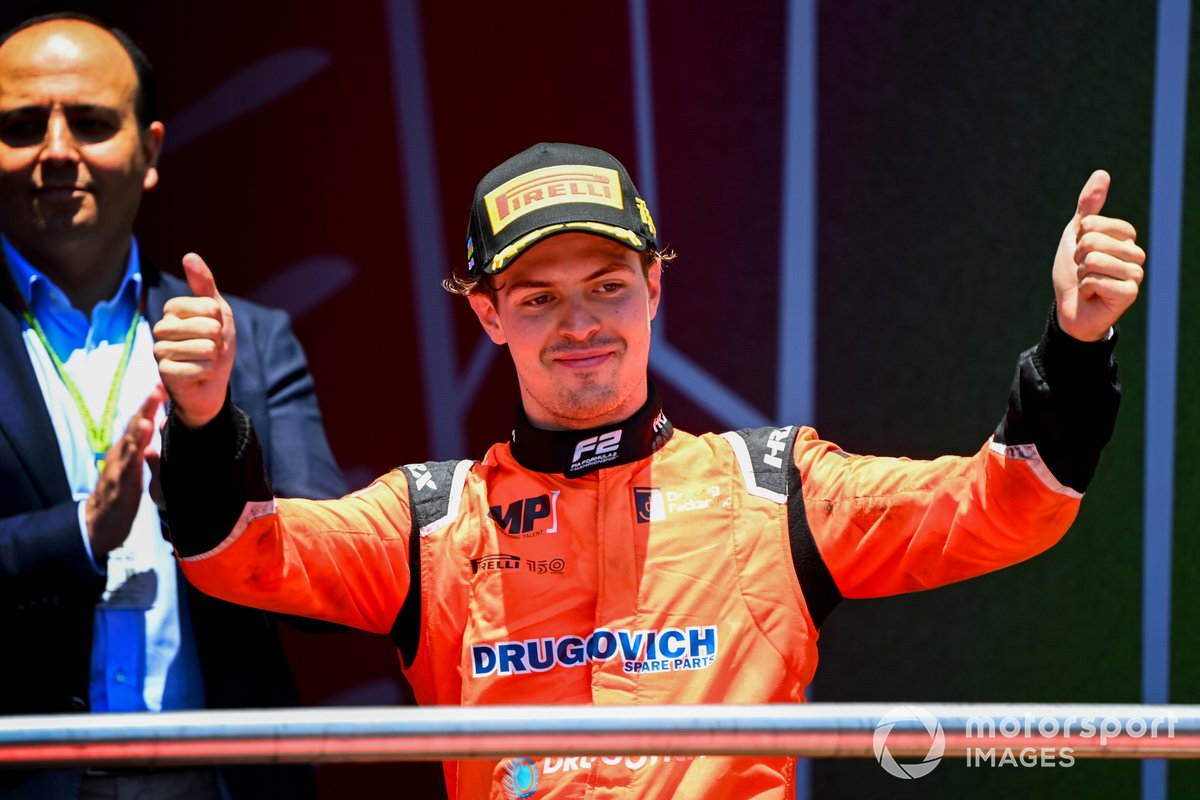 “That’s looking more towards a reserve seat, I don’t know, we have to see, but we need to keep looking at it and meanwhile we have to score the results and that’s something that might help me to get a seat.

“On the other hand, I think we’re not looking very much into IndyCar, I think we’re just trying to stay focused on F1 – that’s my dream, my goal, and we’re trying to get into that first of all.

“Obviously IndyCar is a great category but at the moment I’m fully focused on F1.”

Drugovich is one of few F2 frontrunners not to be linked with an F1 team, and has previously said the opportunity was never presented to him.

While Pourchaire is a Sauber junior, Logan Sargeant, who sits third in the standings, is a member of the Williams Academy, and will take part in FP1 for the team at the United States Grand Prix in October.

Jack Doohan, in third, is an Alpine Academy member alongside Olli Caldwell, with Frederik Vesti the sole Mercedes representative.

Drugovich said: “I think it helps me, most of the places that maybe there is an available seat, being that a reserve seat or a main seat, I think they are free of junior drivers.

“So I think being in this position is actually quite good to me.

“Obviously there is also the downsides that we’re not fully being pushed into that position, into getting a seat because I’m not linked, but on the other hand I’m completely free, so I think it’s a good thing.”