The German admitted after the previous round at Interlagos that he did not yet know how he would tackle the Yas Marina race, where he will arrive with a 12-point lead and only 25 available.

If Rosberg finishes third, he will win his maiden world title, 34 years after his father Keke achieved the feat, even if title rival Lewis Hamilton secures his 10th win of the year.

After spending the week relaxing with family and friends, Rosberg has chosen to "go all out" to get a good result rather than playing it safe and eyeing third-place points.

"I will give it everything to end the season with a win," he said.

"In Brazil, after the race, I was joking that I would still be taking things one race at a time.

"But, the more I think about it, the more that's actually not as crazy as it sounds.

"I have to treat this like any other race.

"Doing a good job on a grand prix weekend is always a challenge.

"Nothing in this sport is easy, so this won't be any different and I still have to go all out for a good result."

Rosberg, who won in Abu Dhabi last year, has outqualified Hamilton all three times they have gone to Yas Marina as team-mates from 2013-15. 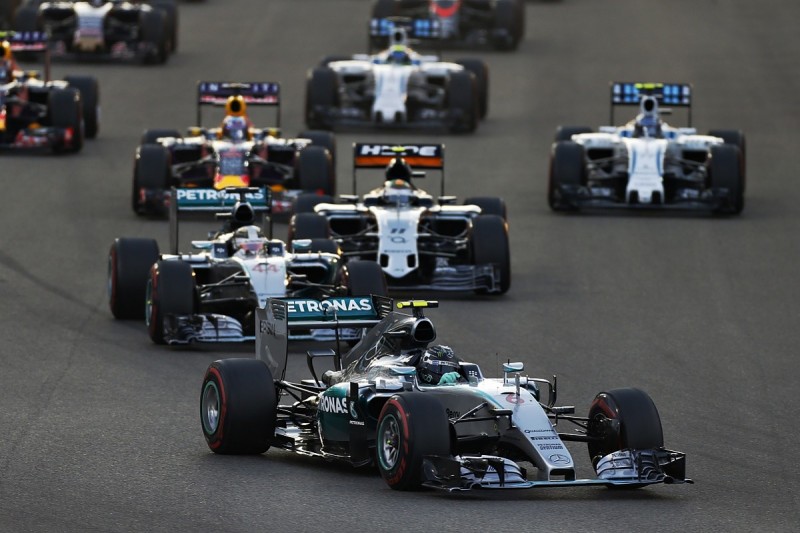 He has also only been outqualified once by a team-mate in Abu Dhabi in seven attempts (Michael Schumacher in 2010).

"I have great memories from winning at this track last year and it's somewhere I've usually been strong in the past, so I have every reason to feel confident," Rosberg said.

"The closer it gets, the more I'm feeling excited."

Hamilton admitted winning his fourth world title this weekend was unlikely, again alluding to the poor reliability he has encountered in 2016, but he has no intention of giving up.

"It's not been a perfect season and I'm faced with pretty impossible odds no matter what I do this weekend," he said.

"You never know what might happen - however unlikely it may seem.

"I'm approaching this weekend the same as I do every race.

"I want to win and I'll give it everything to finish the season on a high."

Mercedes team boss Toto Wolff added: "To have the title decided between our two drivers at the final race of the season, for the second time in three years, shows just how closely matched they are.

"After such a battle of endurance, the winner can say without doubt that they earned it.

"We are all excited to see who that will be. May the best man win."