His appointment comes less than a week after Ron Dennis, former chairman and CEO of McLaren Group, was forced to step down in the wake of a protracted boardroom power struggle.

Brown, 45, is due to take up his new position early next month and he will be the boss of racing and marketing.

A McLaren statement described Brown's appointment as a "significant part of a restructuring programme", adding that he will jointly lead the technology group with chief operating officer Jonathan Neale.

The Formula 1 team said it was still seeking a new group CEO.

"I have the utmost respect and admiration for what the business has achieved to date, and I look forward to contributing to the next important phase in its development.

"Having worked closely with McLaren for many years, I've been struck by the talent and ambition of the entire workforce, and I very much look forward to complementing the business's many existing strengths, and building on them to drive future success in everything we do."

Over the past decade Brown has become one of the leading commercial figures in motorsport.

He founded the JMI marketing agency in 1995 and it grew to become the biggest in its field before being sold in 2013 to the CSM Sports and Entertainment Group.

Brown, an ex-professional racing driver, stepped down from his position on the CSM board earlier this year, fuelling speculation that he was poised for a move back into a full-time role in motor racing.

He had been strongly linked with a senior commercial role for the Formula 1 Group, working alongside new chairman Chase Carey, but in recent weeks rumours placing him at McLaren had grown louder. 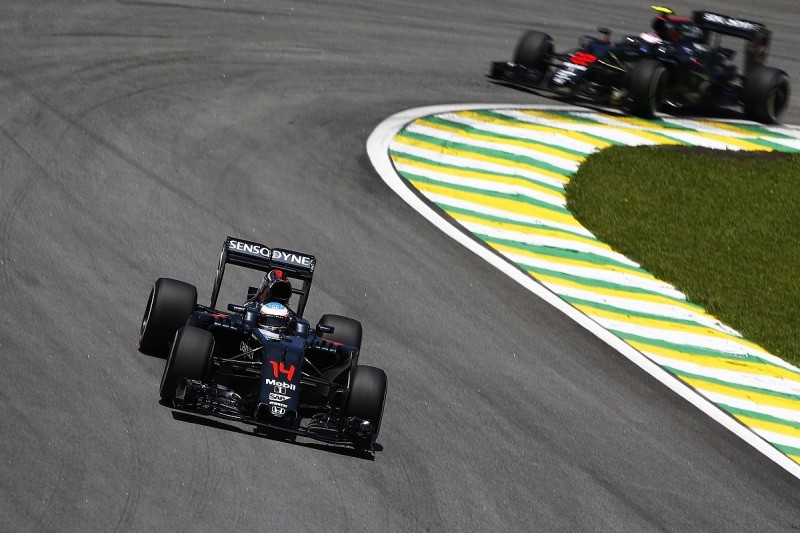 Brown's appointment marks the culmination of almost two years' in-fighting at McLaren, as Dennis battled to secure his position as chairman and CEO, in the face of opposition from fellow major shareholders Mansour Ojjeh and the Bahraini sovereign wealth fund, Mumtalakat.

When Dennis, 69, returned to the Group CEO role in January 2014, he was a 25% shareholder in the group and planned to acquire a full controlling shareholding, by buying out the 50% owned by Ojjeh and the Bahrainis.

Autosport understands that since his return, Dennis failed to meet deadlines by which he was required to raise the capital in order to complete the buyout.

More recently sources suggested he had raised sufficient funds from Chinese backers, but was still unable to reach agreement with his fellow board members.

Dennis remains on the boards of both McLaren Technology Group and its road car sister company, McLaren Automotive, and is a shareholder in both.

"I will continue to use my significant shareholding in both companies and my seats on both boards to protect the interests and value of McLaren and help shape its future," Dennis said.

He plans to launch a technology investment fund in 2017, when he has cleared any outstanding McLaren commitments.