The Japanese manufacturer proved to be McLaren's Achilles heel in 2015 on its return to F1, but it has made solid progress this season both in terms of power and reliability.

It has allowed Alonso and Jenson Button to fight rivals, rather than spend their time defending, with the team scoring points more regularly and sitting sixth in the constructors' standings.

"On the engine side we learned a lot this year, much more than last year because last year with the power unit, we had to survive," said double world champion Alonso.

"We had to make it last until the chequered flag.

"It was down on power, down on battery, down on reliability, down on everything so it was difficult to learn because it was just to make it run.

"This year we are making progress, finetuning the engine and the knowledge this year will pay off even more next year.

"I'm quite confident about that so the big question mark is the new rules on aerodynamics." 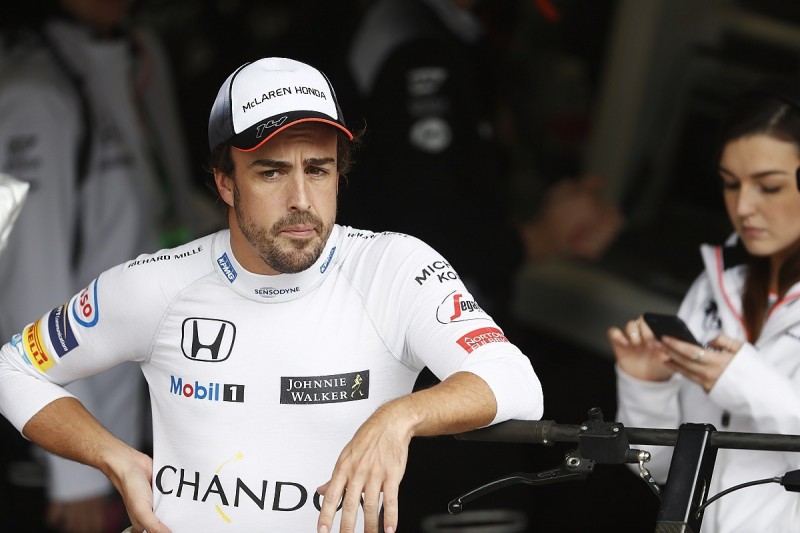 Alonso is hopeful a team of McLaren's size and capabilities can react well to the challenge.

"After struggling a lot last year, this year we found ourselves in an enjoyable position, fighting or competing with the midfield cars," he said.

"Next year we want to do the final step and fight much more than this.

"We have a great opportunity with new rules because everything will mix and if we are able to produce a quick car in race one we have a chance to do well.

"I'm confident because McLaren is a big team with a lot of resources, and possibilities.

"So it's looking good for next year and I'm looking forward to it."

Button: Why Abu Dhabi is the end... for now