Ferrari's 2018 car has been the subject of close scrutiny from rival Formula 1 teams, which want to ensure the SF71H complies fully with technical regulations

Rumours of oil burn, secondary oil tanks and clever exhaust blowing maps have all been floated, despite the FIA never finding anything untoward with the car during on-event checks.

But that has not stopped Ferrari's competitors from examining its design in detail, and a tweak that was made to the team's innovative mirrors at the Azerbaijan Grand Prix shows just how deeply it has been scrutinised. 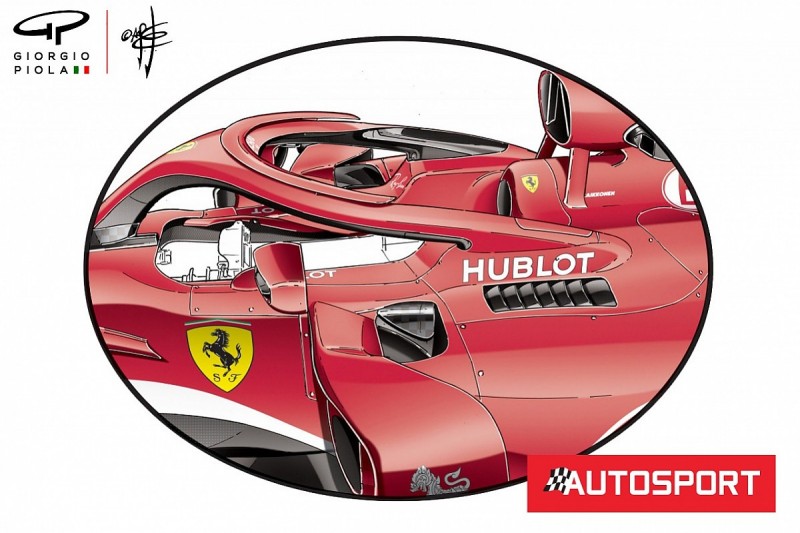 The SF71H's mirrors have already been a talking point given their unique multi-part design, allowing airflow to pass through them and improve the localised flow field.

But in Baku the team made subtle changes to the casing in order to fully comply with regulations, after some queries were floated by rival teams about whether the design complied strictly with the wording of the rules. 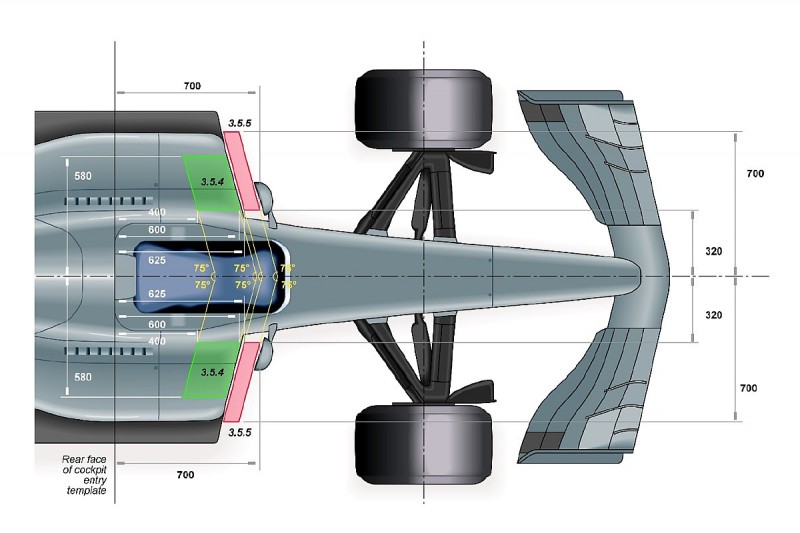 Teams can override this by using a mirror caveat from another rule (article 3.5.2 a) that allows them to be situated in areas where other bodywork cannot be, so they can be used to 'hide' elements underneath. 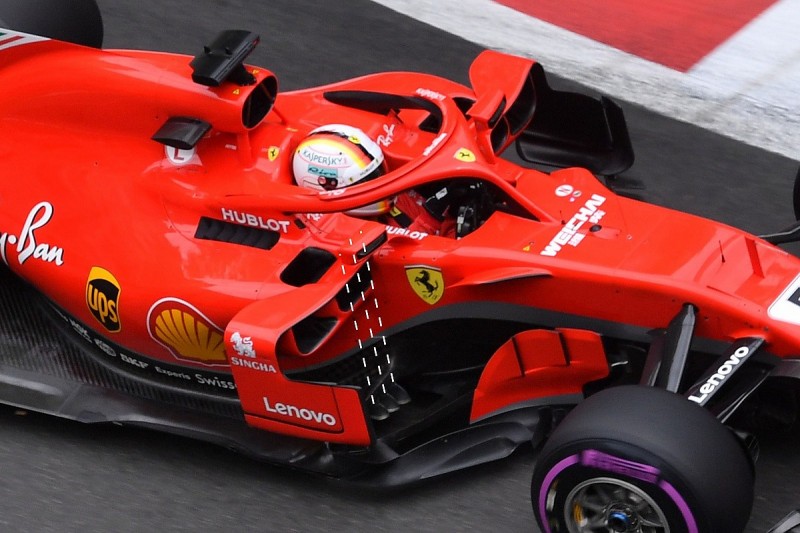 It could have been suggested that Ferrari's mirrors fell foul of article 3.5.5, as the car's floor strakes could be seen between the leading edge of the sidepod/floor and the trailing edge of the mirror casing when viewed from above.

Mercedes and Red Bull also run similar floor strakes, but overcome the 3.5.5 element by straddling the area entirely with their mirror housings.

While moving the entire mirror casing rearward was an option for Ferrari, it may also have negated some of the aerodynamic effect that it has tried to achieve.

As such the team opted for a different response to ensure that there were no doubts about the part's legality and added three tabs to the upper surface/corner of the mirror, shielding the strakes if the car were to be viewed from above. 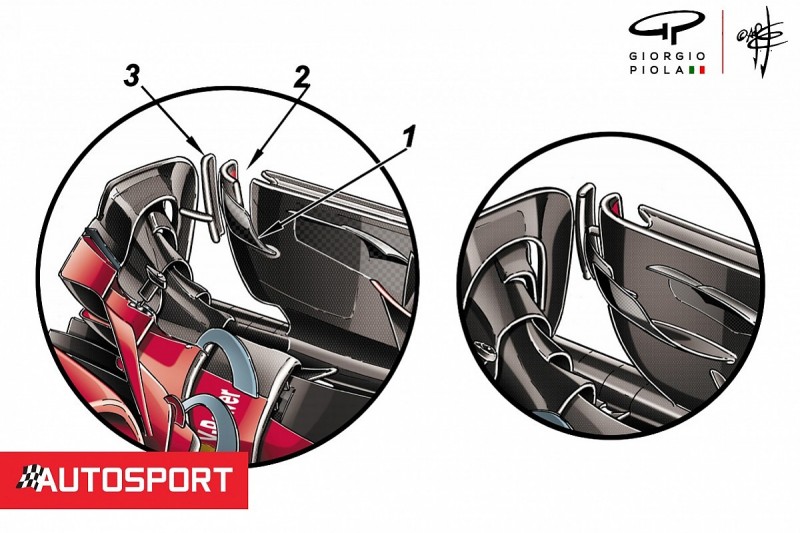 While the mirror change caught attention, there were other modifications introduced in Baku that did bring speed gains.

Having introduced a fresh front wing design for 2018, the team modified the inner and most rearward endplate canards in Azerbaijan, reducing it to a single element configuration rather than two (arrow 1).

The latter portion is now more outwardly angled and features a cut in order to force more air out across and around the front tyre (2). These changes have also resulted in the flap that was attached to the trailing edge of the endplate being affixed to the flap behind (3).

In the case of the endplate flap, its movement is now governed by the rotation of the flaps under load, which changes its interaction with the wheel wake, potentially improving downforce and reducing drag.