Mercedes should be stronger in Mexico with "optimised" F1 engine

Valtteri Bottas believes Mercedes should be stronger than in recent years in Formula 1's Mexican Grand Prix this weekend, having "optimised" its power unit.

The demands of the Autodromo Hermanos Rodriguez, which sits over 2000m above sea level, have usually equalised engine performance as a result of the air being 25% less dense than normal.

This has worked in the favour of Mercedes' rivals in past years, with Red Bull's Max Verstappen taking victories in 2017 and 2018 powered by Renault engines, and qualifying on pole position in 2019 with Honda power before a grid penalty and a clash with Bottas put him out of contention for victory the last time the event was run.

Bottas recognises that the Mexican venue has been something of a "weakness" for Mercedes, but feels the progress made with its engine - despite ongoing reliability worries that have required him to take three engine penalties in the past four races - should translate into the team being more competitive this year.

The Finn however still believes that Red Bull-Honda will be hard to beat.

"For Mexico, we know it's usually been a bit of a weakness for us and it feels like quite a big chunk has been in the recent years from the power unit, with the high altitude," said Bottas.

"But I think we've been able to optimise a lot since, so I would expect us to be in a better place than in the recent years.

"Still, on paper, we think they're really strong places for Red Bull and we've just really tried to do all the learnings we can from previous years and prepare the best that way.

"They're not going to be easy weekends, but it's never easy in this sport." 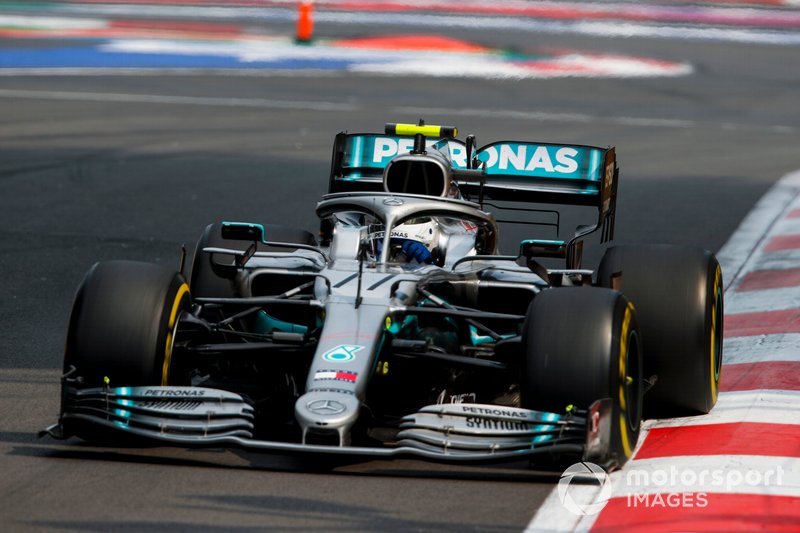 Mercedes team principal Toto Wolff reckons Red Bull's past success at the Mexican venue is no guarantee that it will be favourite for this year's race given how the 2021 season has played out.

Both Mercedes and Red Bull have emerged as the team to beat on tracks that theoretically were better suited for its rival, and Wolff expects that to be the case in the next race as well.

"Mexico was traditionally a track that was difficult for us but this season everything can change because we've seen that where traditionally our strong ones and they haven't, and vice versa so I think it's really race by race," said Wolff.

Lewis Hamilton will start the final triple-header of the season in Mexico 12 points behind Verstappen, while Mercedes leads the constructors' championship by 23 points from Red Bull.