Wolff accused Gutierrez of "cruising around" towards the end of the race, seemingly unaware of Nico Rosberg and Daniel Ricciardo's battle for the lead coming up behind him.

It prompted a staunch defence of Gutierrez from team principal Gunther Steiner, who fears his driver has become "a bit of a punching ball" in F1 following other incidents.

After hearing what Wolff had to say, Gutierrez told Autosport: "I'm very disappointed at hearing those comments.

"Making fun of me publicly is not a fair way to do things.

"He could very easily have come to me and spoken to me face to face, and not behind my back [and] publicly.

"If he has something to say he can come to me and speak about it. He knows I am an open person, he knows I'm very transparent.

"It's just disappointing to hear how he spoke in public."

Gutierrez's on-track etiquette has been in the spotlight on three occasions so far this season, notably for his apparent ignorance of blue-flag situations during grands prix.

In Hungary, Gutierrez received a five-second time penalty for holding up Lewis Hamilton, who delivered an abusive hand gesture to the Mexican.

A week later in Germany, Red Bull's Ricciardo criticised Gutierrez for his blue-flag response, while at the following race in Belgium the 23-year-old was again penalised for blocking Manor's Pascal Wehrlein during final practice. 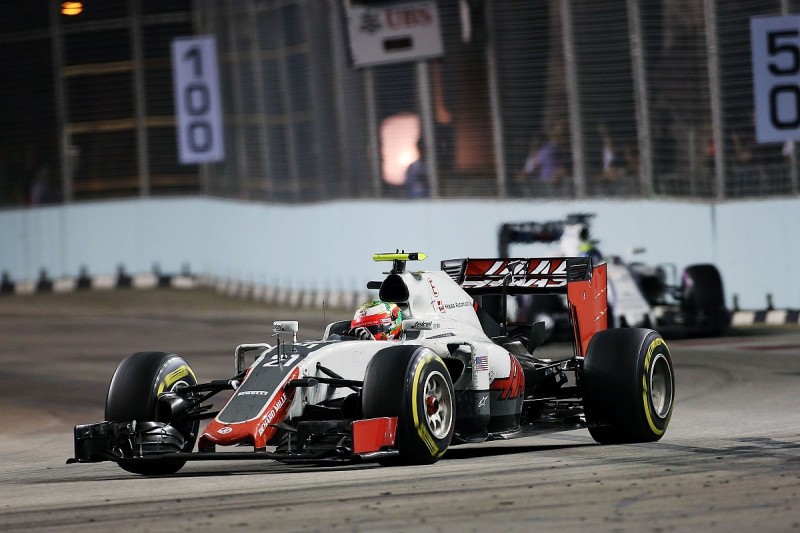 "I don't think any team principal or team manager would be happy if his driver was losing a lot of time under blue flags," Gutierrez said.

"If I was doing something wrong then I would be penalised, as simple as that.

"I did something wrong in Budapest, and I was penalised - although I was only penalised because Lewis complained.

"But I wasn't penalised in Singapore. I was doing my race. I was fighting as well, so I will continue my way.

"It's just disappointing what was said [by Wolff]. But people can make fun of me, they can say whatever they want, but there are rules.

"So I will continue to move forward, to keep improving, with the consistency in my results showing how close we are to the points, to the top 10.

"Nothing will stop me, I will keep pushing, and getting in the points will happen. I believe in it."