On the back of the major investment Renault has made to its F1 project since it took over Lotus at the end of 2015, Wolff singled out the manufacturer as the outfit most likely to make the biggest jump in performance.

Renault ended the 2017 season with the fourth fastest car on pure pace, and will field Nico Hulkenberg and Carlos Sainz Jr this year.

"Both want to distinguish themselves for bigger things in 2019 - so this season is essential for both.

"Williams has a bold design, so I'm curious to see how it works.

"[Sergey] Sirotkin has little experience, but his speed can make up for it. [Lance] Stroll must be a team leader at 19 in his second year [of F1].

"But Renault will make the biggest step forward for me.

"It will use all its resources, and has ambitious drivers with Hulkenberg and Sainz."

Wolff also suggested that Toro Rosso - which has switched to Honda engines for 2018 - could produce "surprises" and that Sauber should be taken seriously and that its tie-up with Alfa Romeo was "more than just a marketing gimmick". 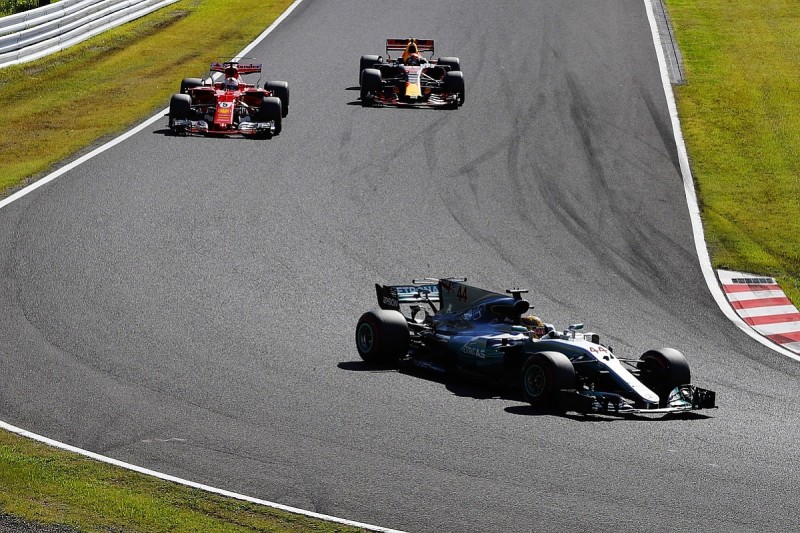 Ferrari provided Mercedes with its sternest challenge yet during the V6 turbo hybrid era last season, and Wolff expects Ferrari - led by Sebastian Vettel - to offer a similar headache in 2018, while also tipping Red Bull to provide strong competition.

"Ferrari made a giant leap from 2016 to 2017," he added. "The car will be fast again this year, and Sebastian [Vettel] as leader is strong and confident.

"Red Bull has a great combination of drivers: a sunny boy [Daniel Ricciardo] who can drive really well and a giant talent [Max Verstappen] who polarises, opens and lifts F1. The pairing for sure is top.

"Plus, in the second half of 2017, the team put forward a development like no other. If Red Bull remains friendly with Renault it will be a tough opponent."

Wolff's praise of Red Bull's driver line-up comes at a time when Ricciardo is a candidate to take a Mercedes seat in 2019 if the team elects to replace Valtteri Bottas.

Speaking about the potential driver line-up for next year, Wolff said: "We will look at how he [Bottas] is developing this year and will decide from the summer on.

"For Lewis, an extension is just a matter of detail. I assume that we will continue together."