Nico Rosberg has admitted that he adopted a strategy of trying to get under Hamilton's skin when they were Mercedes team-mates.

But Rosberg's replacement Bottas had a cordial first year alongside Hamilton and insists he will just focus on himself rather than trying to exploit any weaknesses in the man who could be his main title rival in his second season at Mercedes.

"I just want to win as many races as I can and that way the championship, I don't need to change anything else that I do," said Bottas.

"I'm not going to start, for example, playing any mental games or anything in the team, because I think like this it works well.

"It is up to me how I perform on track, and I'll decide if I'll show muscle when it's needed.

"Every driver has weaknesses, that's how it goes, but rather than focusing too much on him I'm going to spend my energy and focus on myself and my performance on track, and if I perform at the level that I'm aiming to every single race, I hope that will do the job.

"I'm not going to start wasting my energy playing any games."

Bottas added that he expected to be wheel-to-wheel with Hamilton more often in 2018.

"If I perform on the level that I aim to perform I would like to see more on track battles with Lewis," he said. 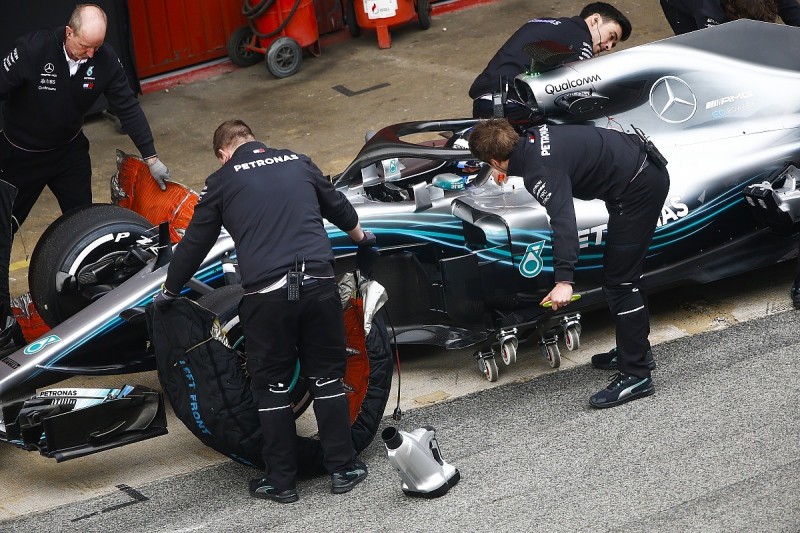 The majority of Mercedes' 2018 testing so far has been done by Bottas, with Hamilton only running in cold conditions on Monday afternoon before the team decided to leave Bottas in the car throughout Tuesday.

Though the weather has limited all teams this week, Bottas said Mercedes had got useful work done.

"We still need better conditions to really unlock everything and really push the limits," he admitted.

"As a team we've learned a lot from our aero testing. We managed to complete all of that we'd planned already, which is always going to be good for the future and for the windtunnel.

"We've done some mechanical tests already and got some answers that we can trust not maybe 100% but a good percentage even though it's cold.

"It's still not two days lost."