Mercedes has dominated the last three F1 seasons, winning 51 of the 59 races since turbo-hybrid power units were introduced in 2014.

Of the other eight races, Red Bull has won six but largely when Mercedes struck trouble, including at Barcelona and Sepang last year, when Nico Rosberg and Lewis Hamilton clashed on the first lap and Hamilton's engine failed respectively.

While the heavily-revised technical regulations are considered a chance to change that, Mateschitz feels Red Bull's form will still be largely dictated by Renault's power-unit progress, if it can carry on from 2016's gains.

The French manufacturer is introducing a new Energy Recovery System in 2017, as part of an overhaul of its package.

"Together with the help of Mario Illien they really made a lot of progress, mainly reliability-wise.

"I am sure that this season we will be strong enough to get closer to Mercedes and challenge the champions.

"Our chassis will certainly be top again.

"I expect that by mid-season we will be competitive enough to win races and fight for the top." 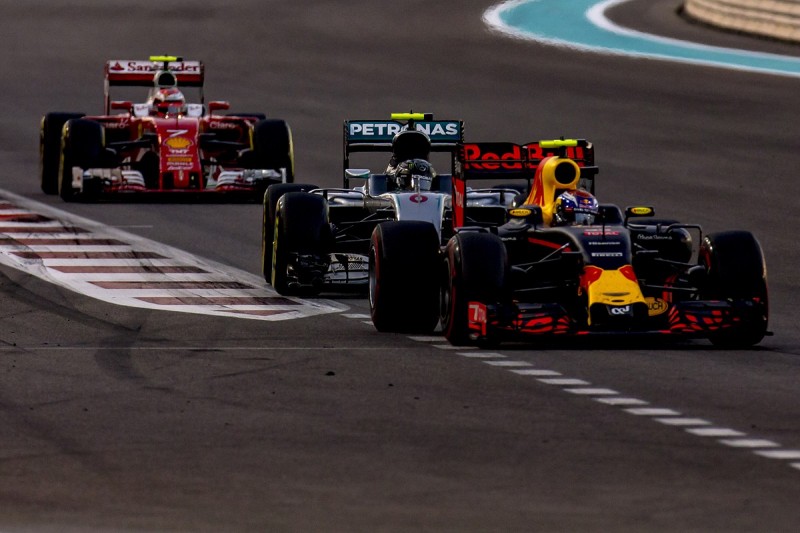 After being hamstrung by Renault unreliability during what turned into an acrimonious 2015, Red Bull comfortably beat Ferrari to second in the constructors' championship last year.

"Concerning the drivers I am convinced our pairing of [Daniel] Ricciardo and [Max] Verstappen is our advantage.

"We did expect to make it into the top three in 2016, but you must see this in perspective: have we been that good or did we just benefit from weaknesses of others?

"To become vice-champions was definitely more than we had expected, maybe what we had hoped for.

"To finish ahead of Ferrari is not that important from prize-money perspective but from a matter of honour."

Offer made to buy Manor F1 team ahead of 2017 season