Red Bull believes a 0.5-second deficit to favourite Mercedes at the Australian Grand Prix will be enough for it to be in the hunt in the 2018 Formula 1 season

While Red Bull is optimistic about driver line-up Daniel Ricciardo and Max Verstappen and the progress it has made with its chassis, it remains uncertain about how engine supplier Renault stacks up against Mercedes.

But on the eve of the season-opening Australian GP, Red Bull owner Dietrich Mateschitz suggested being close enough to Mercedes in Melbourne will show his team has hit its winter targets.

"We do not know exactly what Mercedes did so far and how big their advantage will be, but if we are 0.5s behind we can match them with our chassis and drivers," he told Autosport.

"If we are one second behind, the gap will be too big to fight for wins.

"Overall I guess Ferrari and Red Bull got closer to Mercedes."

Verstappen backed Mateschitz's view that the half-second target will be an important marker for Red Bull.

"Towards the end of the season, we were more competitive so hopefully through winter testing and the start here we are again a little bit closer," he said in Melbourne.

"I do think that Mercedes is still the team to beat. I think they are still very quick.

"But let's have a better start to the year than last year. And then for sure if we are within, let's say, half a second we can definitely fight on a few tracks." 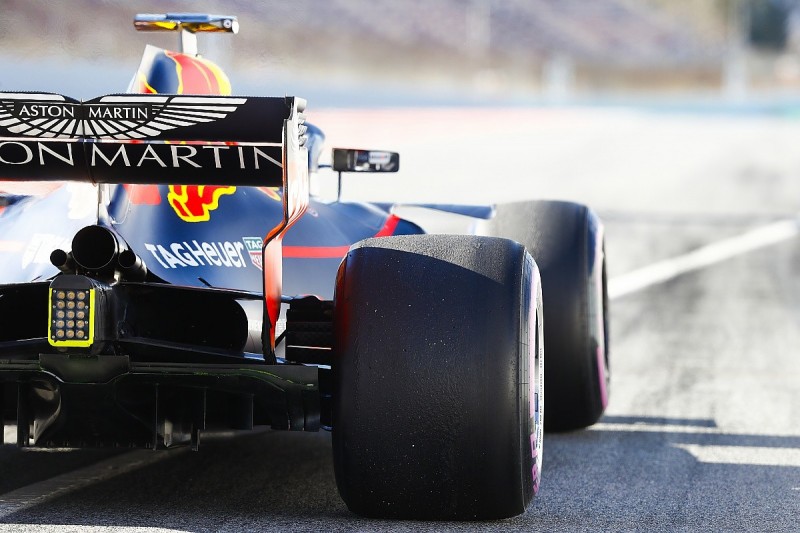 Team-mate Ricciardo believes that a strong start in Melbourne is essential for the team to lay out its ambitions for the year ahead.

"As a team it would be huge," said the Australian. "And if the other teams are not already awake, then it would really get them going.

"For us to have a strong one would set a statement for the long term this year and show that we'll be fighting for the championship.

"It would be awesome to get off on the right foot."

Although not certain about Red Bull's form, Mateschitz does have faith that the team and sister squad Toro Rosso are in totally different shape to 12 months ago.

"I have to admit that we had at the beginning of last year not only an engine problem, but also a chassis-related one," he said.

"We had to re-develop during the first half and were competitive only from mid-season. This season is different.

"At Toro Rosso, Honda's engine runs like clockwork, is reliable and in power output is equal with Renault.

"Red Bull Racing brought an excellent car again to the track. The Renault engine seems to be more driveable and reliable.

"However, we do not know yet how accurate dyno data is.

"Overall I assume we are closer to the top engine and chassis wise than last year."

Why ageing Hamilton needs to dig deeper than ever