Mercedes cannot head to the Singapore Grand Prix with confidence this year because it was "miles off" the pace in the 2015 event, reckons Nico Rosberg

Mercedes suffered its worst weekend of last year around the Marina Bay street circuit as Rosberg and Lewis Hamilton could only qualify on the third row of the grid, with the former 1.5s behind polesitter in Ferrari's Sebastian Vettel.

The team struggled to get the super-soft tyres working in the heat of Singapore, allowing Ferrari and Red Bull to fight it out for victory.

Rosberg, who could only finish fourth last year while Hamilton retired with a "freak" power unit component failure, said: "We can't go there with too much confidence because we were miles off last year.

"In qualifying it was 1.5 seconds I think, which is huge. It was our most difficult race of the last two years.

"So it's going to be a very challenging weekend for us.

Mercedes motorsport boss Toto Wolff added: "We were uncompetitive last year, and I think we understood why.

"We drew some conclusions which helped us in the following races and throughout the season, and in Singapore we are going to check whether our assumptions were right. 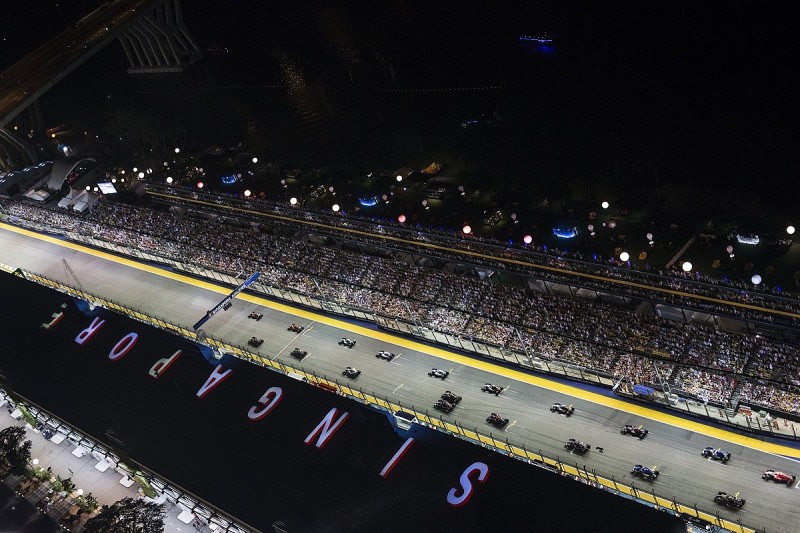 "But there is no silver bullet as it's not one thing that's gone wrong.

"Many things probably merged into each other, and this is why I'm curious and excited to see how Singapore is going to work out.

"You can see where we have got it right as our car is the best compromise [over the whole season].

"Then you have teams that have outliers - a team that does extremely well on circuits like Singapore with high downforce, but then they are not competitive at a circuit like Monza.

"So it's about finding the best compromise, and that's why it's a case of let's see what happens in Singapore."

Hamilton, meanwhile, recognises there is an opportunity in Singapore for himself and Rosberg to potentially be split by their rivals should one get to grips this year with the track and the other continue to struggle.

"Last year was difficult, and we're hoping this year is not going to be the same," said Hamilton, who only leads Rosberg by two points in the drivers' standings following the German's wins in the last two races in Belgium and Italy.

"If Ferrari are closer and more competitive then that's not such a bad thing.

"The possibilities are there for space between us, and Nico would say the same thing, but we want to finish every race with a team one-two so we're hoping for a good weekend."