© 2021 Motorsport Network. All rights reserved.
TV Tickets Fashion Giorgio Piola Jobs
Previous / Mercedes can't be confident for Singapore after 'huge' gap in 2015 Next / What the F1 grid could look like in 2019
Formula 1 News

Manor has been largely reliable this F1 season and went to Monza believing it could score a surprise in qualifying, and potentially even points.

But an electronics issue that first materialised on Ocon's car in practice reared its head again at the start of qualifying, forcing him to start from the back, while team-mate Pascal Wehrlein made it into Q2.

Wehrlein was forced to stop in the race when a fault - later traced back to an oil leak - became apparent, while Ocon could only manage 18th and last of those that finished.

"To be honest, our optimism was justified," Ryan told Autosport.

"Looking at Pascal's performance at Spa, it was brilliant, and we genuinely believed we were in with a good shot at Monza to do well.

"Pascal's lap to get him into Q2 was really good. Splitting the McLarens was nice, and we perhaps could have got ahead of both of them.

"But equally we had the disappointment of Esteban's reliability issue, which was very disappointing. To have the same problem twice is not really acceptable at this level.

"That was the tone for the weekend, which put us on the back foot with Esteban.

"Then we went into the race, and Pascal was doing pretty well when we had another issue with him.

"That was our weekend really - not good enough." 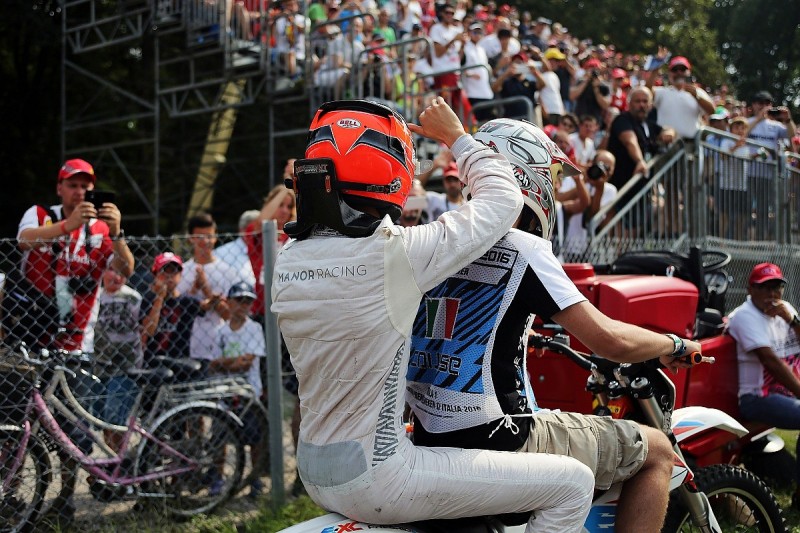 Ryan hopes the electronics problem on Ocon's car has now been cured, even though he concedes the team is not entirely sure about its exact nature.

"It was a question of changing every single electronic component on the car, but we clearly didn't change enough on Friday night, and so the same problem reoccurred on Saturday," added Ryan.

"So we changed absolutely everything again, and the problem seems to have gone away - I hope it's gone away.

"The car certainly did twice as many laps [in the race] as it did over the previous few days with no sign of the problem.

"Now we have to go back and look at those parts and do a really good forensic exercise on them to see where the problem was and understand why we couldn't pinpoint it.

"The guys did a great job of getting through the work, but at this level we have to be a bit better than that."

Wehrlein's car will be examined to determine the specific issue, with an oil pipe or fitting the likely cause, with Ryan confirming there was "no problem" with the power unit.