Current owner CVC Capital Partners appears to be on the brink of selling its stake in F1 to Liberty Media Corporation, run by media mogul John Malone, owner of the Atlanta Braves baseball team, and the largest landowner in the US.

With a sale price being estimated at $8.5billion, Wolff said: "If you buy a company for that price, and you're in charge of a media empire like Liberty, there are certain things you've done in your life.

"I don't think anybody would buy that stake, spend that money and say 'We're not changing everything - we're doing it the American way'.

"There are things we can learn from the American way, particularly the digital area, but there are also areas that are working here that are not working there.

"They are going to have a close look and analyse what needs to change or remain. There's a reason these guys can afford to buy this.

"It's good news that an American media buys into Formula 1."

Should Liberty complete a takeover it would throw the future of F1 supremo Bernie Ecclestone up in the air. 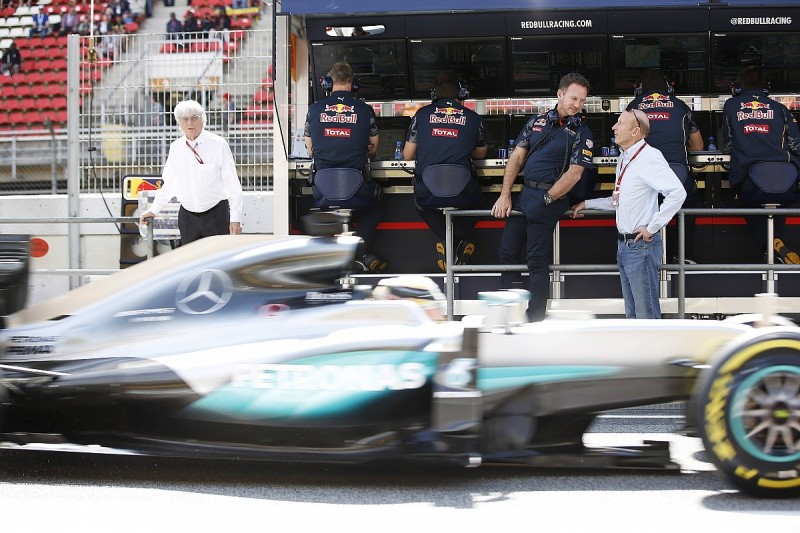 Autosport understands chief executive Ecclestone would not depart with immediate effect, but would at least continue to play a role in whatever handover period may take place.

Red Bull team principal Christian Horner said: "There is a lot of speculation going on.

"I sincerely hope [last weekend's Italian Grand Prix] is not Bernie's last race - I do not believe it will be.

"We'll all wait to see what the news is over the next couple of weeks regarding the ownership and shareholding in F1, if there is any change or redistribution.

"It's obvious that discussions are going on, but until something is signed and finalised, everything is pure conjecture to that point."

Wolff added: "Bernie's done an awesome job for 50 years and has made F1 what it is.

"He has built an empire. We are all benefiting from that empire that generates dozens and dozens of millions of live views, full tracks like at Monza, 1.5billion [dollars] in profits every year.

"Now whether there are areas that can be improved or not, I don't know, I don't want to speculate."