Ricciardo has had a rough transition from Renault to McLaren thus far but made what he called a "mini breakthrough" in the Spanish Grand Prix, finishing sixth after qualifying seventh on the grid.

Two weeks later, the Australian appeared to have made a step backwards with his adjustment to the McLaren MCL35M in Monaco, failing to progress to Q3 on Saturday and starting down in 12th at a race he won in 2018.

Immediately after qualifying, Ricciardo said he was puzzled by the large gap to team-mate Lando Norris and said he would "ask the question" if there were other factors at play beyond his driving style adjustment.

McLaren team boss Seidl said the team found some answers on Ricciardo's struggles in the telemetry and said it will help him "recalibrate" to solve the issue in the coming races.

"I think this track simply emphasises even more the struggles he's still having with our car and looking at the data we have a clear idea of what the issue is," Seidl explained.

"Our car simply needs a certain way of how to drive it in order to extract maximum performance. Lando is obviously used to it and manages it. But it just doesn't feel natural for Daniel with everything he has driven in the past.

"It's simply important to stay calm, even after a disappointing result like today, keep working together as one team, keep analysing the data, keep learning from them.

"And then have let's say two actions in place, which is trying together with Daniel to recalibrate him to a certain degree in order to adjust his driving style for our car.

"But of course we look also on the team side to see if we can adjust the car in order to make it more natural for him to drive fast so that he has to think less, without obviously compromising the overall performance." 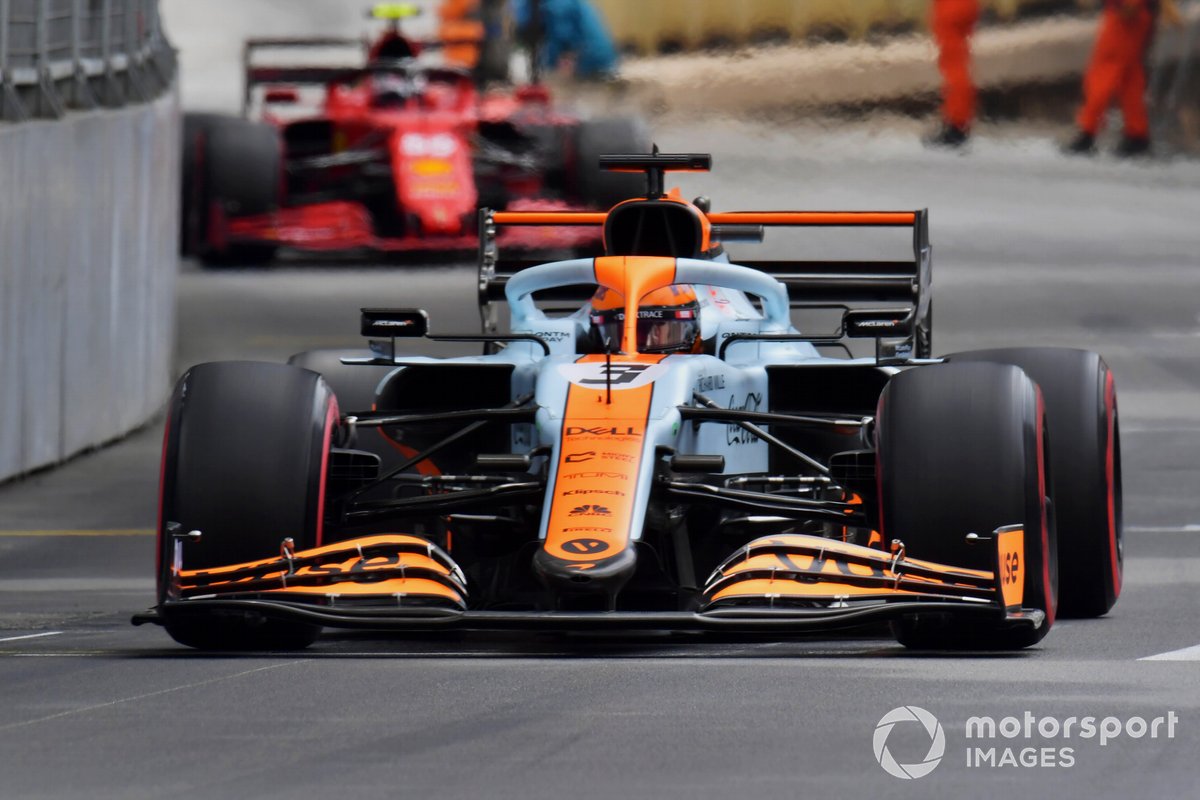 When asked about Ricciardo's post-qualifying comments on potential underlying issues with the car, Seidl said those words "should be put in context" coming immediately after stepping out of the car.

"And that's why I think you also have to put in context the quotes from Daniel after qualifying.

"As I said before, when we look into the data, we have a clear idea of why Daniel couldn't produce the laptime in Q2 to progress to Q3."

Later on, Ricciardo added the differences with Norris were visible in the data, including braking technique, but that the difficult part would be to execute on what the telemetry brought to light.

"There are some differences, some of it's visible and I see it and I'm like: 'OK, that would help doing that in that corner'," Ricciardo said on Saturday night.

"I think the difficulty is executing that and kind of perfecting that, so that's something I've just got to keep working on.

"I think for now, this track probably emphasises that it's not that natural for me. So that's personal, I'm still trying to recalibrate in my brain and in my style."