McLaren F1's Stoffel Vandoorne 'not in his happy place' - Magnussen

Vandoorne was promoted from reserve to a full-time race seat in place of Jenson Button this year, but has struggled against team-mate Fernando Alonso so far.

He did not escape Q1 in any of the first five races, while Alonso made Q2 at the first four and qualified seventh for his home race in Spain, and is on average 0.586 seconds slower in qualifying.

McLaren racing director Eric Boullier believes sticking to the driving style he learned during his successful junior single-seater career - which yielded titles in Formula 4, Formula Renault 2.0 and GP2 - has hampered Vandoorne so far this year.

Magnussen, who was part of the McLaren junior programme at the same time as Vandoorne and beat the Belgian to the Formula Renault 3.5 title in 2013, admitted he was surprised by Vandoorne's struggles.

"I don't know why he is struggling," said the Haas driver, who spent a year as a race driver for McLaren in 2014 alongside Button.

"He's clearly not in his happy place because he wouldn't be half a second off Fernando otherwise.

"I guess I can relate a little bit.

"He also has a very good opportunity as he's up against someone who is seen as one of the best in Formula 1.

"He has the opportunity to really show himself.

"I know he's a very good driver and I know he can do it, but he's struggling for different reasons but it can be very tough in his situation." 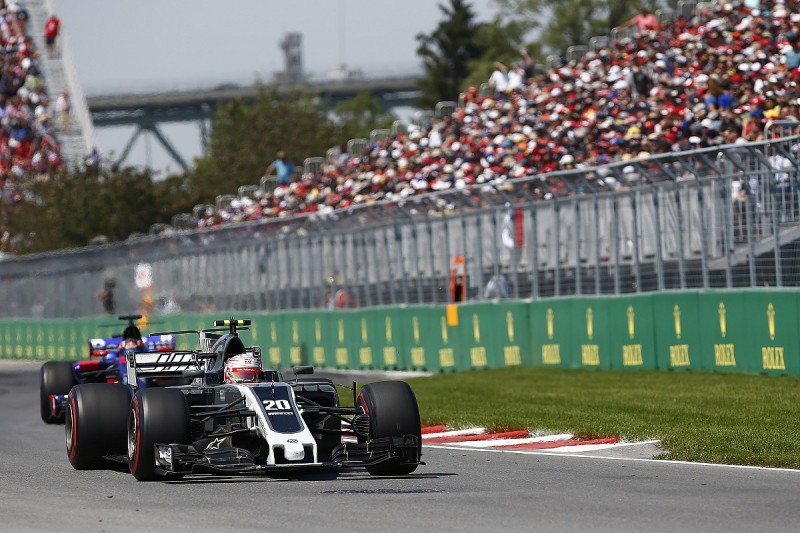 After a turbulent start to his own career, Magnussen is happier with Haas - his third team in four years following one-year race seat stints with Renault and McLaren.

The Dane signed a multi-year deal with the American deal, giving him a firm foundation in which to develop.

"It's nice not having to talk about negative subjects like not being chosen for next year," said Magnussen, whose future was a popular topic during his time at Renault and McLaren because of the nature of his deals.

"It's nice just focusing on racing and coming in with a positive mind, having something to look forward to.

"I can actually look forward to next year and build on that and build some targets and some goals for the future rather than trying to overachieve.

"I can go into races and enjoy and do what I do best - I'm in a very good place."