Red Bull's Shanghai strategy paid off with victory for Daniel Ricciardo, but Verstappen was running ahead of his team-mate as they came through the field on fresh tyres following the safety car only to go off the road in a failed move on Hamilton and later collide with Vettel. Verstappen ended up finishing fifth.

Asked if he felt he had been impatient to get up the order, Verstappen replied: "Of course, I'm not there to finish fifth with the car I had at that time.

"Maybe I wanted the victory too much. Maybe that cost me."

He called Ricciardo's win "the consequence" of "some mistakes" on his part.

Verstappen was quick to apologise to Vettel for their collision, which consigned the world championship leader to an eighth-place finish, admitting that such apologies to rivals "didn't happen too often, but sometimes it needs to be done".

He suggested the incident with Hamilton had been triggered by the Mercedes, but felt his rival was entitled to drive as he had when the Red Bull tried to pass him around the outside of the fast Turn 7.

"It was a fair chance but what Lewis did I would have done the same," said Verstappen.

"In the middle of the corner he just ran me a bit wide, I went a bit more on the marbles while being flat-out and then as soon as you have to make a correction it's easy to lose the car. But it was a fair racing moment." 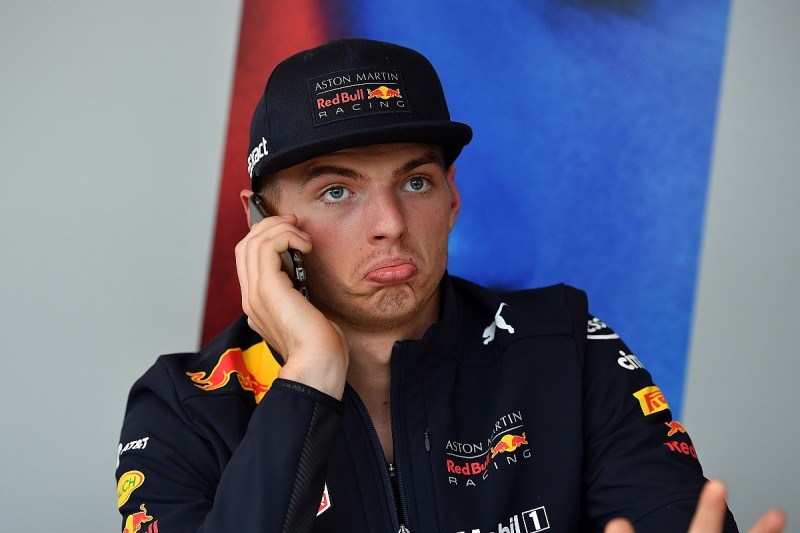 Verstappen's ex-F1 racer father Jos said after China that his son's Vettel move "really wasn't on" and that Max "just has to think more".

Asked if he was surprised by the family criticism, the younger Verstappen replied: "Of course not because I spoke with him so I knew what was coming.

"You're not perfect, nobody is perfect, you can always improve. I am very happy to listen and also improve.

"At the end of the day, I have to look at myself because I could speak to a lot of people but it has to come from me.

"In China the start went really well, I got two cars, the pace was good, everything was going really well.

"So it's also not a big drama what happened in China. The end result was not good but you also have to look at the strengths.

"In general, the whole season, already the pace has been good it's just the results aren't there yet."