But he admits there could be "five or 10" possible solutions to the issue.

"They're short-term things," Hamilton said of changes introduced for Baku.

"We've sat and understood where we've gone wrong but we're still implementing the changes because there could be five or 10 different solutions for that particular problem.

"Now I'm just hoping that we've implemented the right equation to get the right answer."

He is certain the real potential of the Mercedes W09 has been masked by the tyre management struggle.

"We believe [the car] is sound, that's not been the biggest issue," he said.

"The tyres have been something that we're still learning about. One weekend we've got it, and the next weekend we haven't. The tyres are having a big effect for everyone.

"The car has been great, but in the last race it definitely wasn't performing the way it normally does.

"But that's also the tyres that really came into play.

"I'm hoping that if we can really get on top of the tyre situation we'll be able to show the true performance of the car."

He said Mercedes had struggled to understand why it was so competitive in Australia, and less so in the subsequent races.

"I wouldn't say we 'lucked in' in Melbourne, but we were more naturally on top of it," said Hamilton.

"We put the car on track and it worked well. It was definitely easier to work the tyres.

"But the engineers could not explain why I was so quick in qualifying and why I was quick in the race and why others weren't.

"The Ferraris were slow in the corners and at the next race they were quick so they found something and it's most likely in the tyres. 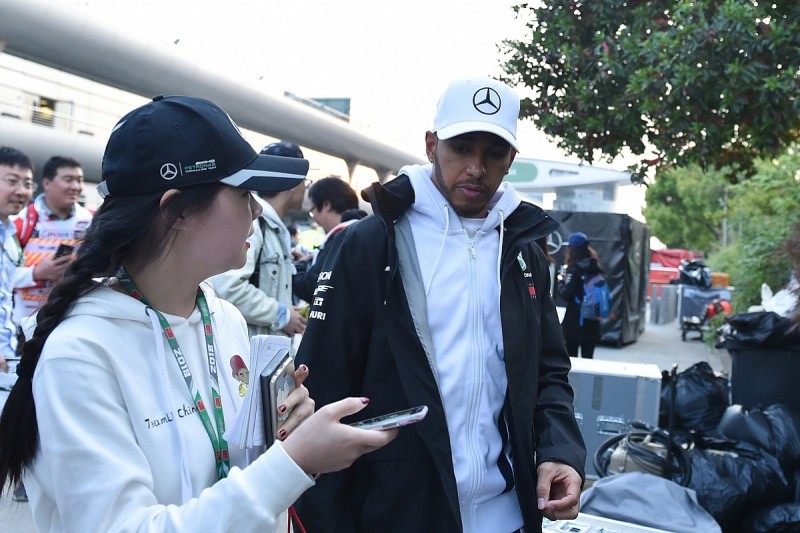 Last year there were suggestions that Ferrari's 2017 improvement came in part from Sebastian Vettel getting more involved in Pirelli tyre testing than Mercedes' race drivers, but Hamilton defended his team's tyre work.

"People can't blame it on the fact that we haven't done tyre testing, because we did tyre testing in the last year and we gave it just as much time and effort as everyone else," he said.

"Some things you learn faster than others. This weekend our understanding is already better, and I hope that won't be the masking factor of our performance and won't hinder us as it did in the last race."