Formula 1 race director Michael Masi says that the FIA is being tougher on first-lap incidents this year, and that drivers have had to tuck their elbows in a bit more.

In recent seasons there has been a relatively lenient approach to first-lap incidents, with drivers sometimes given the benefit of the doubt on the basis of the "let them race" philosophy.

However, Lewis Hamilton was given a 10-second penalty after his first lap clash with Max Verstappen in the British GP, while George Russell received a three-place grid penalty for the main event following his clash with Carlos Sainz on the first lap of the Saturday sprint.

Masi says that each first-lap incident is still discussed on its merits, and that teams and drivers had agreed that the FIA needed to be tougher.

"There is a clear point that the first lap is obviously treated in a much lighter way under the let them race principles than the rest of the race, no doubt about that," he said

"And letting drivers find their own balance.

"But the drivers have clearly said, as have the teams from the end of last year, that they felt with the elbows were out a bit too far last year, and they needed to be tucked back in a little bit."

Asked if in effect all bets were off after two or three corners had been completed, Masi said it wasn't the case. 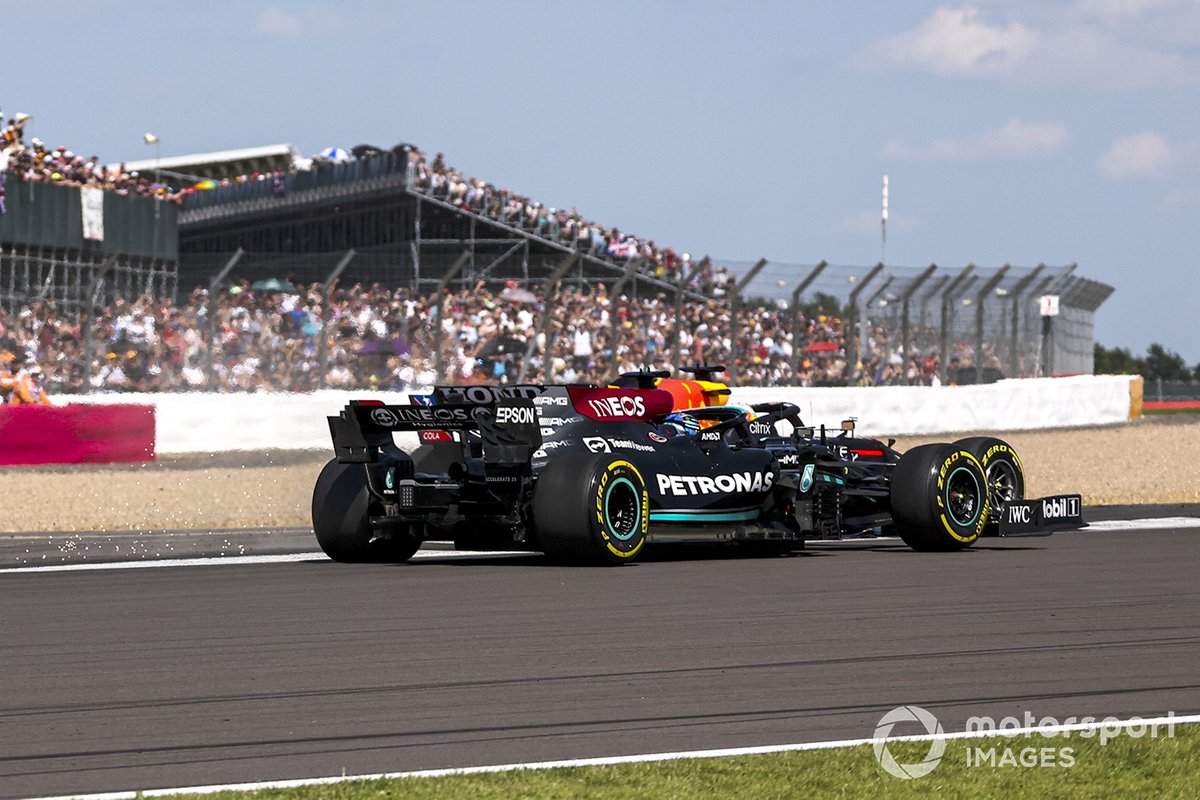 "No, no, not at all. You need to look at it as what's happening on that first lap. It could be turn one, it could be turn six, depending on the nature of the circuit."

Masi said there was no room for leeway in the Hamilton/Verstappen clash.

"In that particular circumstance, no. There were two cars clearly involved in the incident and all the drivers from the start of this year said that if there's two cars involved, that if there is someone that is predominantly to blame, predominantly or wholly, then that should be looked at a bit closer, even on the first lap."

Expanding on why Hamilton was penalised by the stewards, Masi cited the Mercedes driver's later successful passing move on Charles Leclerc at the same corner.

"I think having looked at it all, their view was that he was predominantly to blame for that. The big part was similar to what happened with Charles later on, that he could have, say, tucked in closer to the apex.

"And that may have changed the outcome. But we don't know, we judge it on the incident itself."