Acquiring a Mercedes engine and Williams transmission, plus the development of an all-new 2016 car, could move Manor into the midfield pack next year.

Lowdon and team principal John Booth expect to therefore be in a better position to pick and choose a driver line-up.

At present the team has Will Stevens, Alexander Rossi and Roberto Merhi on its books, with no guarantee any of the trio will be retained and a decision not due until December.

"You look at the spread of performance on the grid at the minute, and if you take us out of the equation it's still a sizeable spread," Lowdon told Autosport.

"But that said, I think drivers can come into teams now pretty much anywhere on the grid, and have the opportunity to show the teams and sponsors what they can do.

"With all of our changes we feel we're going to be in the pack, and that certainly makes the drive a lot more attractive to younger drivers looking to come into Formula 1, that's for sure."

Asked whether Manor could now attract drivers with bigger sponsorship packages, Lowdon added: "We're going to be spending a lot more [money] racing next year than we have this year.

"It's clearly pretty rare you have a scenario where a driver pays absolutely the full amount for a Formula 1 team to go racing. That would have to be pretty sizeable to say the least.

"But yes, the seat will be more attractive both from a sporting and a commercial side."

One driver understood to be in the frame for a 2016 Manor seat is Mercedes' F1 reserve and DTM points leader Pascal Wehrlein.

Although the young German joining Manor would appear an appropriate fit in light of the Mercedes deal, signing him is not a requirement of what is a purely commercial arrangement between the two teams.

While Lowdon recognises Wehrlein is up and coming, he also appreciates he is one of many options.

"He is part of a pool of very talented drivers at the moment, but there are others and I wouldn't want to single any person out," said Lowdon.

"I think there is a good set of drivers who are keen to get into Formula 1 and have the ability."

HOW MANOR'S ROOKIES HAVE FARED

Aside from former Toyota man Timo Glock's three-year stint in its formative seasons, Manor has always run drivers new to F1 since joining the grid as Virgin in 2010.

Only one - Charles Pic - went onto an F1 race seat elsewhere, and that was with fellow backmarker Caterham, but Jules Bianchi was set to graduate to Sauber before his ultimately fatal Japanese Grand Prix accident in 2014. 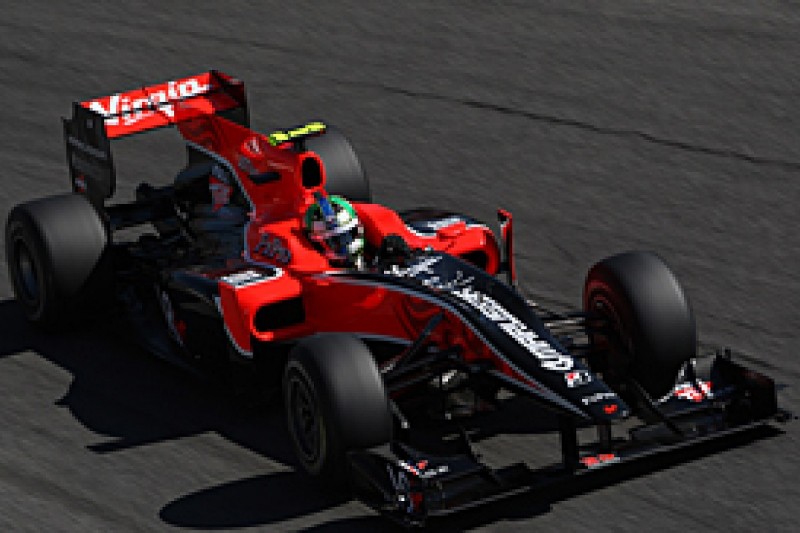 Max Chilton (2013/14)
Best result of 13th in Australia and Bahrain 2014, switched to America and raced for Carlin in Indy Lights, alongside Nissan LMP1 deal