Lewis Hamilton would welcome Daniel Ricciardo as an F1 team-mate

Lewis Hamilton says it would be a "privilege" to have Red Bull's Daniel Ricciardo as a Formula 1 team-mate, but Ricciardo must focus on beating current partner Max Verstappen first

Ricciardo, whose current Red Bull F1 deal expires at the end of next season, said during last weekend's United States Grand Prix that he would like to race against Lewis Hamilton in the same equipment while the Mercedes driver is in his prime.

"Daniel is a fantastic driver, it would be a privilege to race against him," said Hamilton when asked by Autosport for his reaction to Ricciardo's comments.

"He's a great character, he always brings a lot of positivity within his team.

"I think it's interesting, I think it's cool, I take the compliment that people say they [want to race against me].

"I don't truly necessarily believe that people want to be up alongside me, because that is not always necessarily the best thing for an individual.

"But in some cases, it could be a really good thing because it can help you grow.

"You look at Daniel, he's got a great driver in his team-mate, and to be honest, he has got to really work to outperform him first.

"You've always got to beat the person you're with first before you can look at competing against someone else and beating them - that's just my personal opinion." 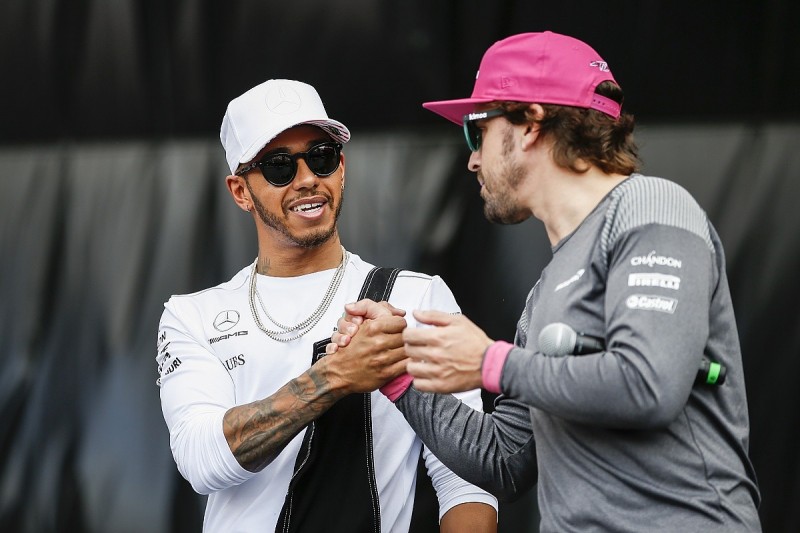 Hamilton is set to race alongside Valtteri Bottas next season, with both Mercedes drivers' contracts now set to expire at the end of 2018, after Bottas had his one-year deal renewed in the summer.

Hamilton has said a new dynamic at Mercedes, following Nico Rosberg's departure, has helped lift him to a new level.

Regarding future team-mates beyond then, Hamilton said he "doesn't mind" who is in the other car, but the key is to maintain that air of positivity in the team.

"I already feel like I've raced against the best here, which in my personal opinion is Fernando [Alonso]," Hamilton added.

"We have a great driver in Valtteri, who I'm enjoying racing with.

"There is a lot of great drivers here who I would be happy to race against.

"I don't mind who I race against, anyone in the world, as long as somehow you're able to maintain positivity in the team and hopefully you're still fighting another team as well.

"I think that harmony is incredibly important for everyone to be enjoying what they do."