Kimi Raikkonen says Max Verstappen just has to accept his United States Grand Prix penalty, even if the Red Bull Formula 1 driver feels it was not justified

F1's stewards penalised Verstappen five seconds for the move, which provoked a huge backlash from Verstappen, Red Bull and many fans.

Raikkonen was also critical of the stewards after receiving what he called a "pointless" yellow flag penalty in August's Belgian GP, but says being on the receiving end of decisions you feel are poor is part of the game in F1.

"You have to accept it," Raikkonen said. "Sometimes you feel it's harsh against you, sometimes it goes your way, but that's how it's going to be.

"Everyone was saying 'oh, Mika Salo was helping Ferrari' but in Spa he was a steward and I got a penalty for nothing, really.

"I got many penalties for reasons were a bit... you feel that is nothing. But you leave it and next time you try to do differently and get a different result.

"They do their work the best they can. I know the feeling when it's against you is not the greatest, but that's life."

Raikkonen said having the same group judge every race would not necessarily add consistency, and suggested other motorsport categories face similar problems.

"There's a few different stewards around and everybody has their own opinions on everything - somebody will be happy, somebody will be sad, and that's how it's always going to be," Raikkonen added.

"I don't see that changing even if we have the same guys always.

"Would we be happy with more consistency? No incident is the same as another, so the end result is not always going to be the same because there will always be differences in the things they're going to look at.

"Unfortunately, it's part of racing - we'll always be discussing this, but if you go to MotoGP you have a similar story there." 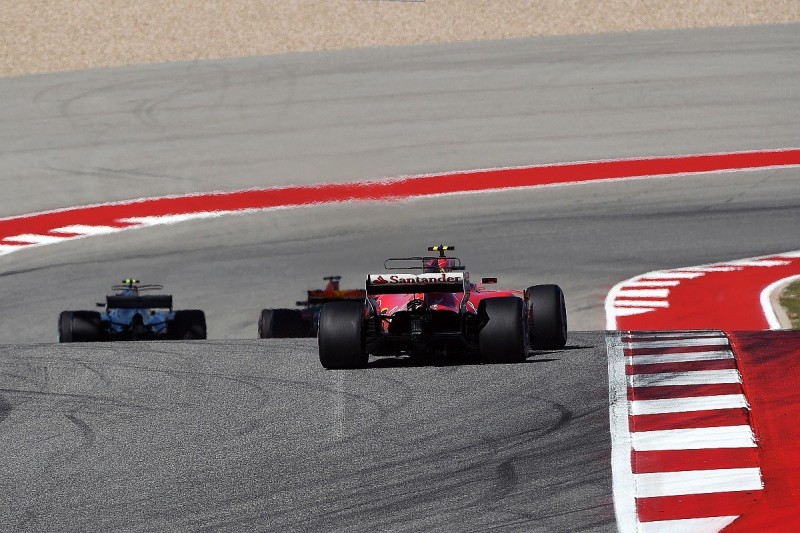 The stewards were heavily criticised at Austin for not enforcing track limits consistently, and Raikkonen suggested grippy runoff areas are always going to lead to drivers taking liberties if officials are not strict.

"I think the main part of the problem is that the tracks have so much runoff areas," Raikkonen said.

"If you find a lot of grip in the run off areas, of course you're going to go there - if you give us a little chance we start running wherever it's the fastest way around.

"When I started, the circuits had kerbs and gravel, so you'd never think to go there, but every year you have more asphalt.

"In some places we have rules, in some corners we haven't. Until we put gravel everywhere, it's a never-ending story.

"It's one of those discussions that goes on, like with the blue flags, forever."

Lewis Hamilton would welcome Daniel Ricciardo as an F1 team-mate