Vettel's three-year deal expires at the end of next season with his team principal Maurizio Arrivabene saying recently the German has to "earn" his place at the team beyond 2017.

When asked if he expected to start negotiations to extend the contract soon, Vettel said: "We are all fairly busy at this time to focus on the four races we have left and to focus in particular on preparing for next year.

"That is where the main focus lies.

"I don't think it is that important to look into details such as my contract.

"It's all fine for next year.

"With a lot of things happening in the factory back in Maranello, I know they are busy, and that is where I want the focus to be."

Ferrari continues to develop its 2016 car, despite missing out on the constructors' championship and both Vettel and Kimi Raikkonen no longer in contention for the drivers' title.

Vettel believes this is the right decision, even if there is also a dramatic change in aerodynamic regulations for the next campaign.

"I don't think we are the only ones still bringing bits to the car," he said ahead of this weekend's United States Grand Prix at Austin.

"It is normal at this time if you're not fighting actively for the championship, your focus is on next year given the amount of rules that are changing. 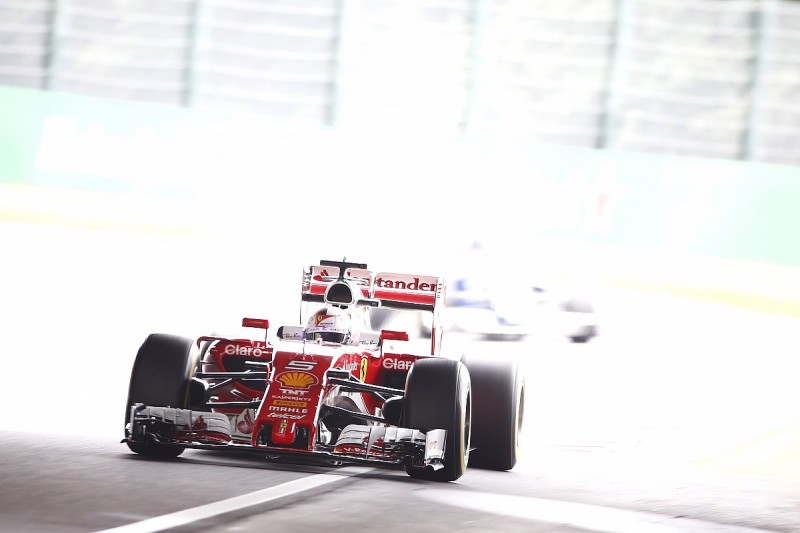 "Every lap we spend, we try to spend wisely, we try to do the right thing to maximise the moment, but in particular looking forward to next year.

"I'm confident we are doing the right thing."

Vettel and Raikkonen were pleased with the new parts brought to the last race in Japan, with an eye on 2017 as well.

"The new parts were a step forward and both Kimi and myself liked them straight away," said Vettel.

"It gave us quite good performance in Japan and Japan is usually a good test for the overall performance of the car.

"In Austin, you could argue it is similar in some ways, the first sector has a lot of fast corners as well.

"It gave us a good indication for this year and next."