Leclerc: Everyone hiding their true form in Barcelona F1 testing

Charles Leclerc thinks all Formula 1 teams are currently hiding their true potential, as Ferrari got its 2022 pre-season testing programme off to an encouraging start in Barcelona on Wednesday.

With teams getting their first proper running of their new 2022 challengers, Leclerc ended the first day of the three-day Barcelona test second fastest, one spot ahead of team-mate Carlos Sainz Jr.

Ferrari’s rivals are mindful about the potential of the Maranello squad, thanks to the extra development work it has been allowed to do under F1’s aero handicap rules, and the new F1-75's early pace hints at some good potential.

However, Leclerc was mindful that the times in early testing mean almost nothing – as he says nobody will be showing their full hand just yet.

Reflecting on his day’s running, the Monegasque said: “It was the first time that we could really push in our new car and it felt really good to be back behind the wheel.

“We completed all the tests we wanted to and ran through our full programme smoothly, which is good for a new car. I’m looking forward to being back on track again tomorrow.

“The initial feeling is not bad, but we shouldn’t get carried away by the timesheets today, as these are early days and everyone is still hiding their true form.

“It’s impossible to have a clear picture just yet, so we have to stay focused and keep working hard. We put in a lot of laps, more than any other team today, and that’s a positive we will build on.” 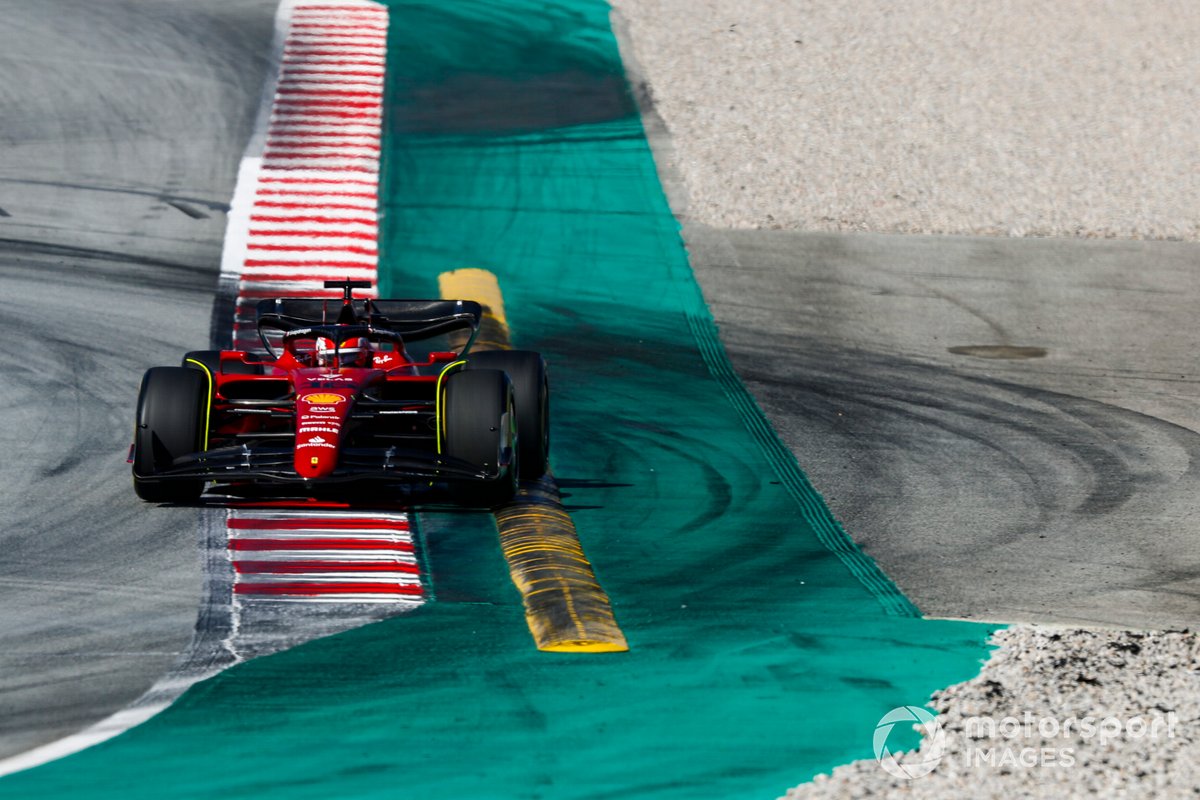 Sainz, who completed 73 laps, seven fewer than Leclerc, said that the day had highlighted the contrast between the 2021 cars and the new generation of cars.

PLUS: How the new F1 cars look from the Barcelona trackside

“We still have a lot of work to do but today we could already start feeling some differences from last year, although in terms of getting used to it I don’t feel it’s going to take too long,” he said.

“For sure the last tenths will be tricky to find, but that is the interesting part!

“Anyway, that’s not the aim here in Barcelona as we still have more testing ahead of the first race. A good first day and I’m looking forward to tomorrow.”