The Ferrari driver recovered from a first-lap tangle with Esteban Ocon to finish a crazy race second to Lewis Hamilton, but he thought he was going to have a high-speed accident coming onto the start/finish straight with three laps to go when he clipped the wall in the final kink on the lap.

"On the first lap after the restart on the little kink coming to the last part of the straight I hit the inside wall at full speed," said Raikkonen.

"I'm pretty lucky that the front wheel didn't go. I was expecting to go off quite fast, but I was lucky."

Raikkonen added that he had another near-miss before the race even started, when he "almost put it in the wall on the way to the grid".

"I had a lot of close moments," he said. "We were kind of a bit on the limit, it was not the easiest.

"It was not the most enjoyable - some laps very good and some laps I had to try not to hit the wall.

"The feeling was there but not consistently, so I thought 'OK, I just try to go as fast as I can but a little bit safer'.

"Maybe today certain things worked in our directions but whatever happened in front, it's self-made issues in many ways.

"The Red Bulls, look what they were going to do, I was pretty certain something was going to happen later when they got close to each other.

"We stayed out of trouble, in this kind of race - knowing what happened last year, it's going to pay off." 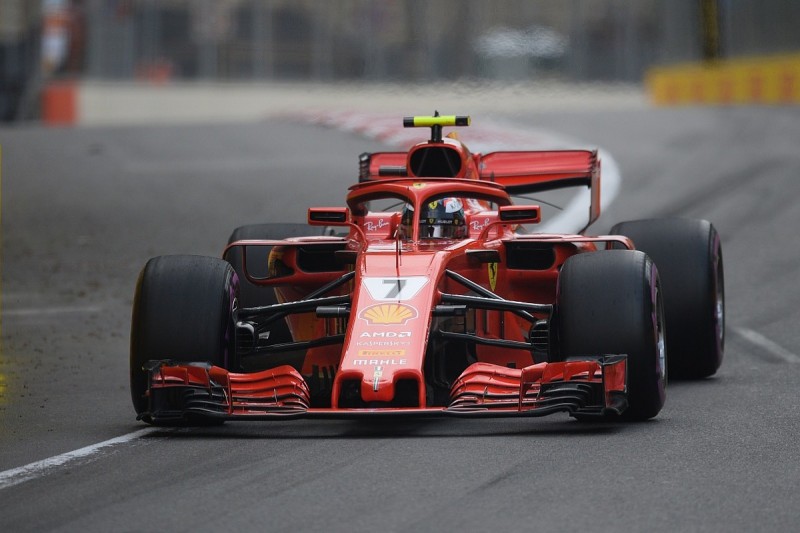 Ocon blamed Raikkonen for their collision on the opening lap, but the Finn believes the Force India driver didn't see how far he was alongside.

"I was inside in the corner and I don't know if he didn't see but he just turned in," said Raikkonen.

"He came off worse out of it. I thought he'd know I was there because I was next to him.

"The car felt OK, I struggled a bit with the tyres, but I'm sure there was not big damage."

Verstappen and Ricciardo reprimanded by FIA for Baku F1 crash