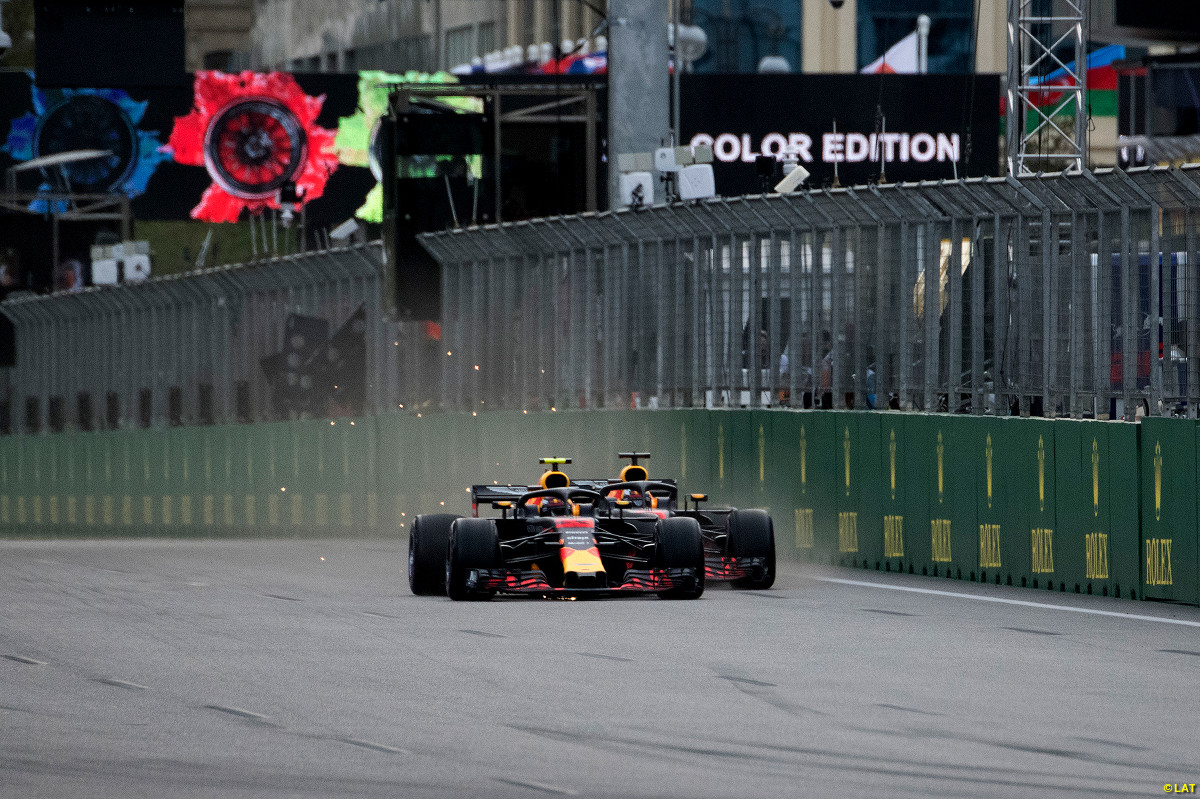 Ricciardo was trying to pass Verstappen after losing the position during the pitstops. 1 / 9
Image 1 of 9 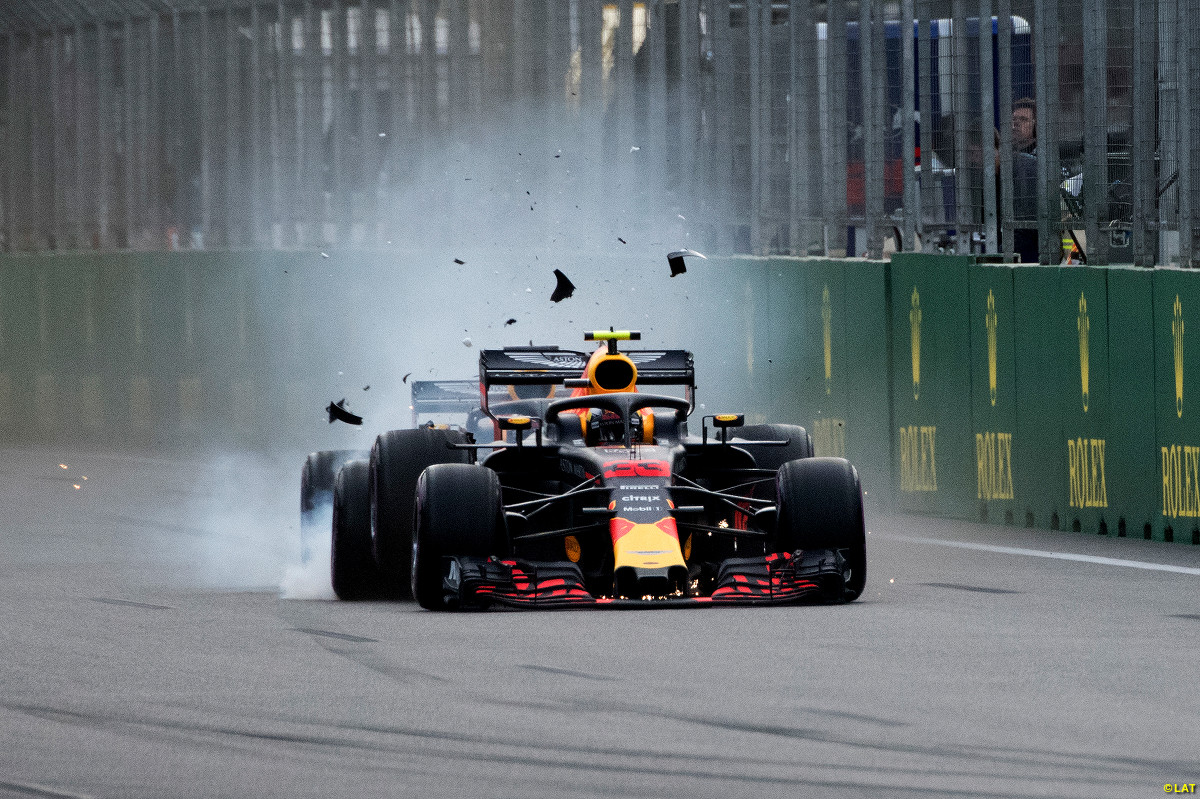 The pair made contact when Ricciardo locked up just behind his team-mate. 2 / 9
Image 2 of 9 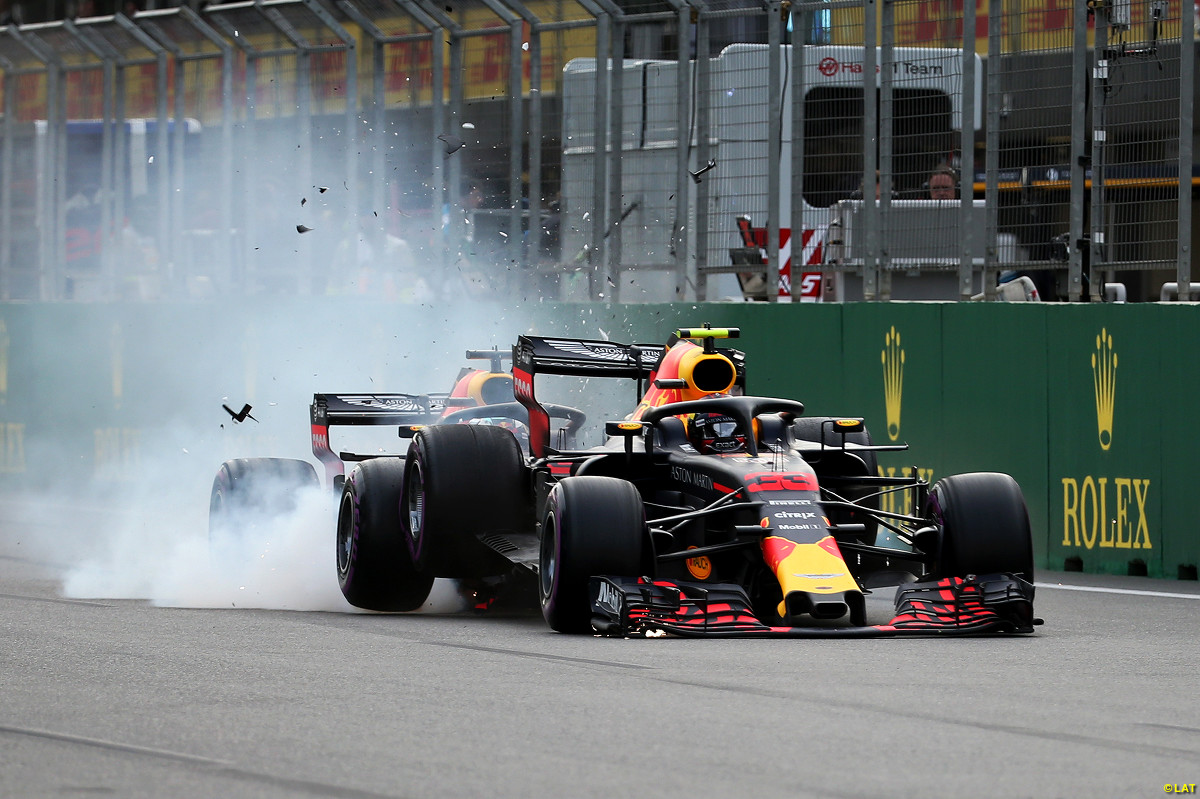 The impact lifted Verstappen's rear wheels off the ground. 3 / 9
Image 3 of 9 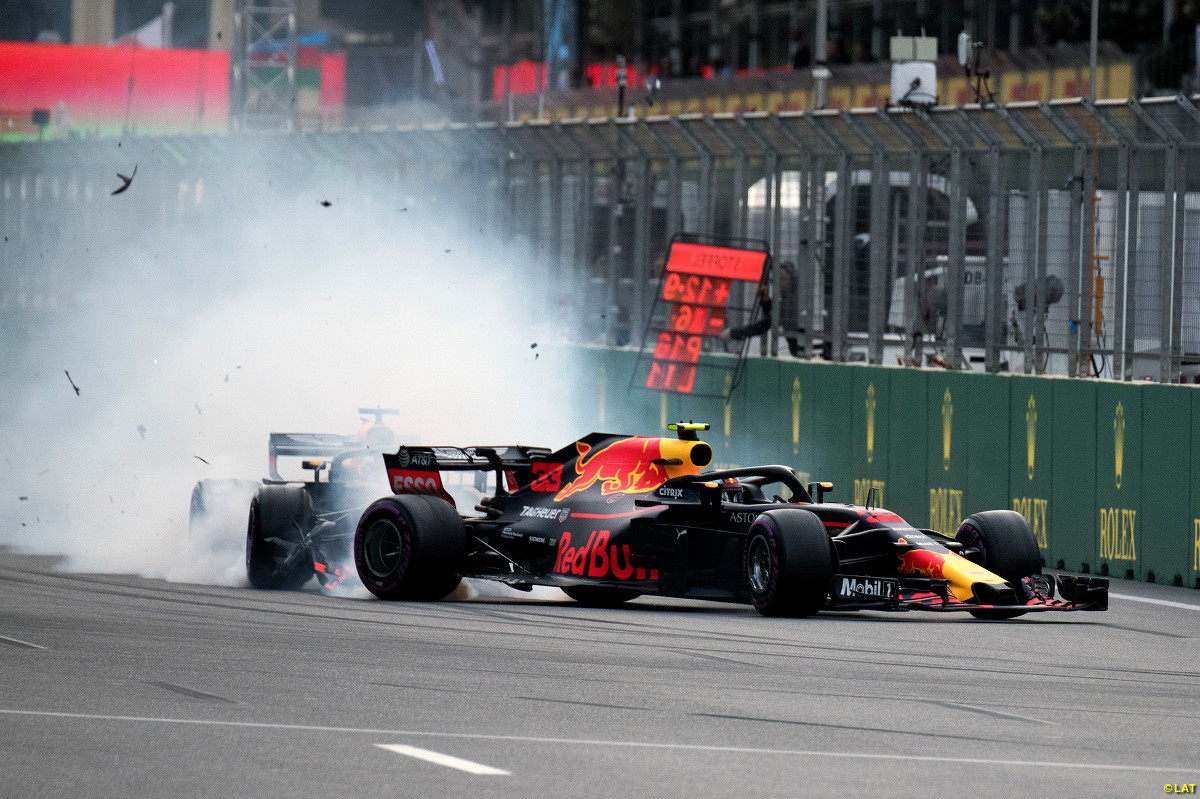 The contact sent both cars heading for the escape road. 4 / 9
Image 4 of 9 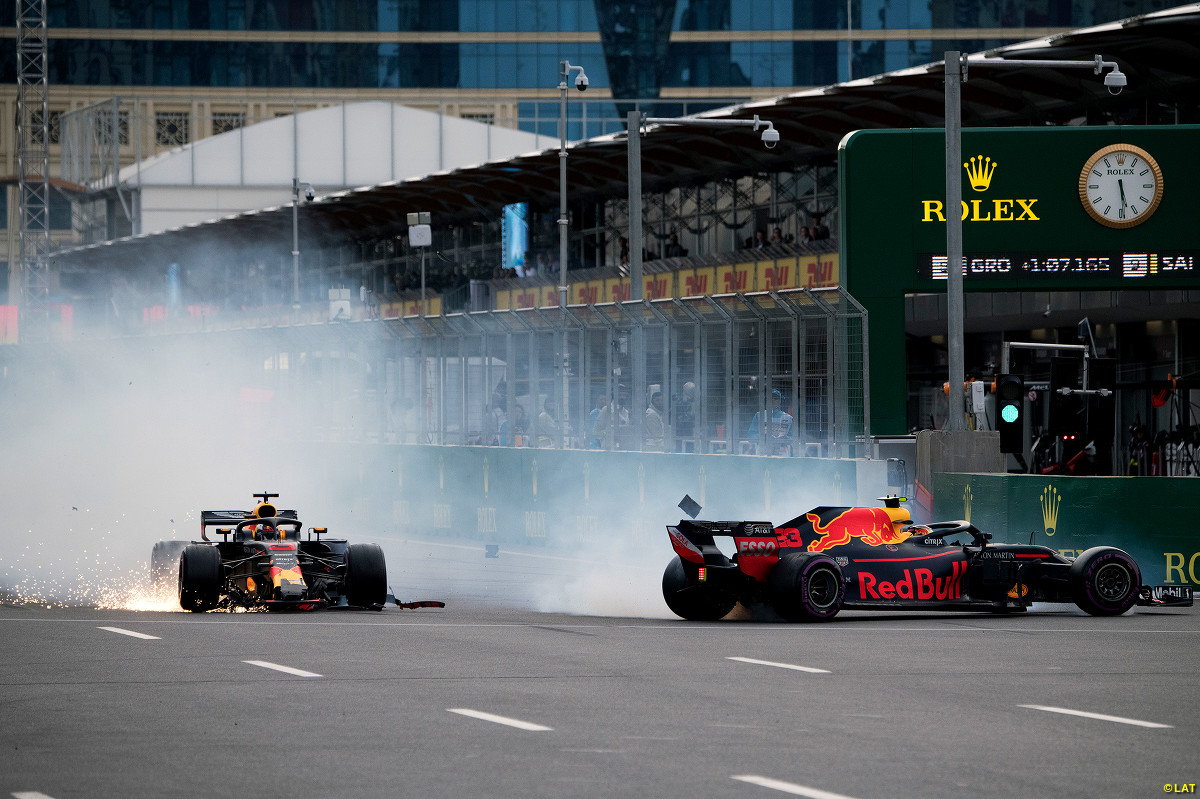 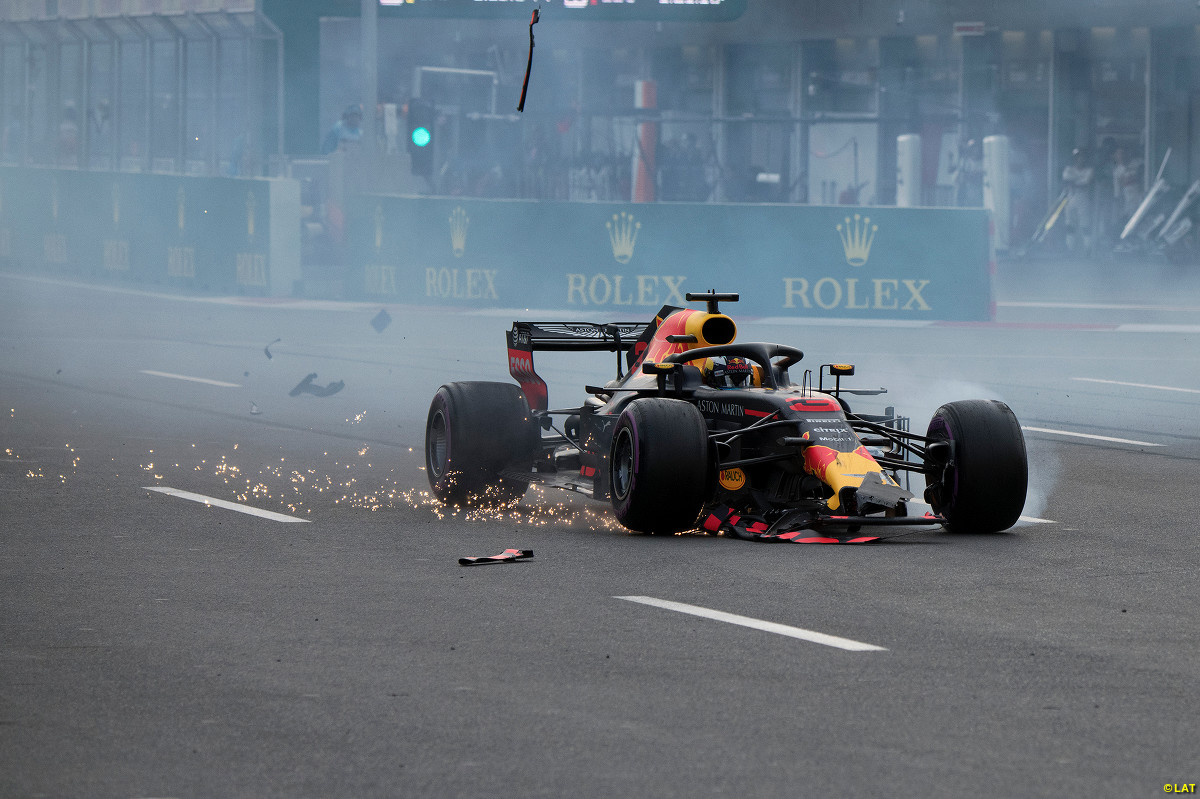 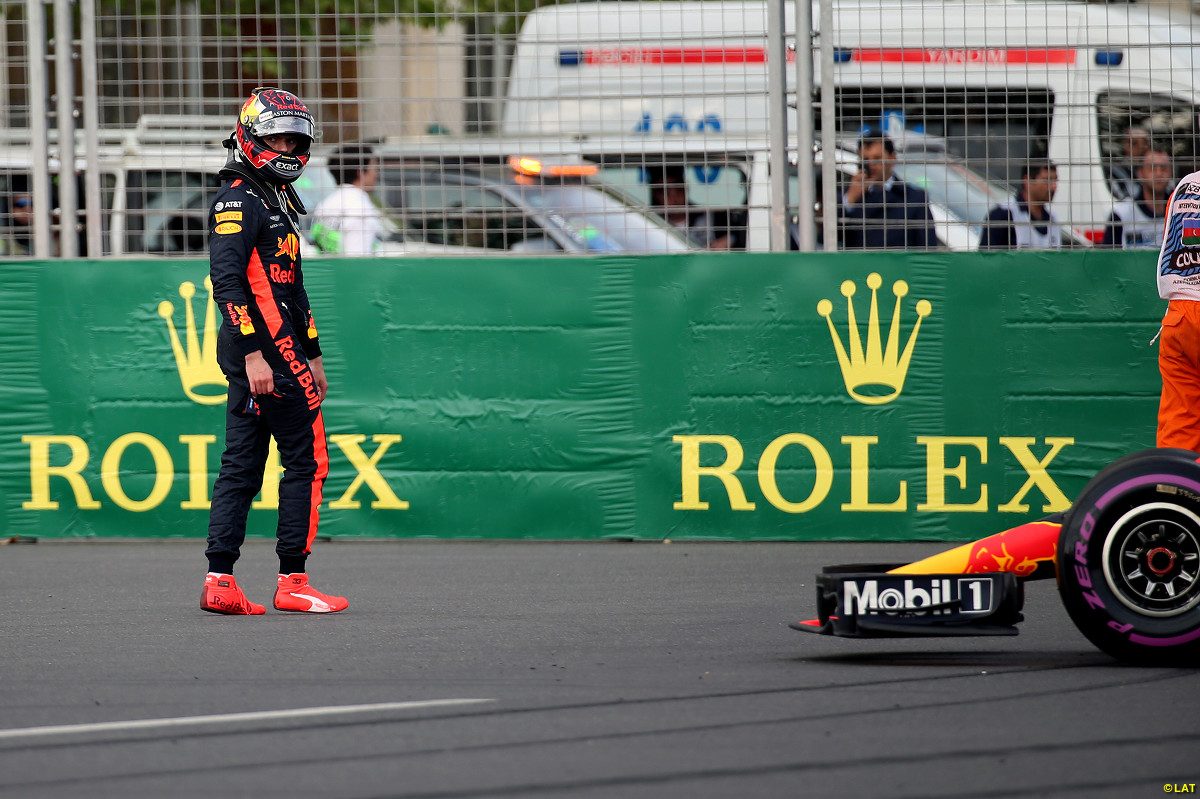 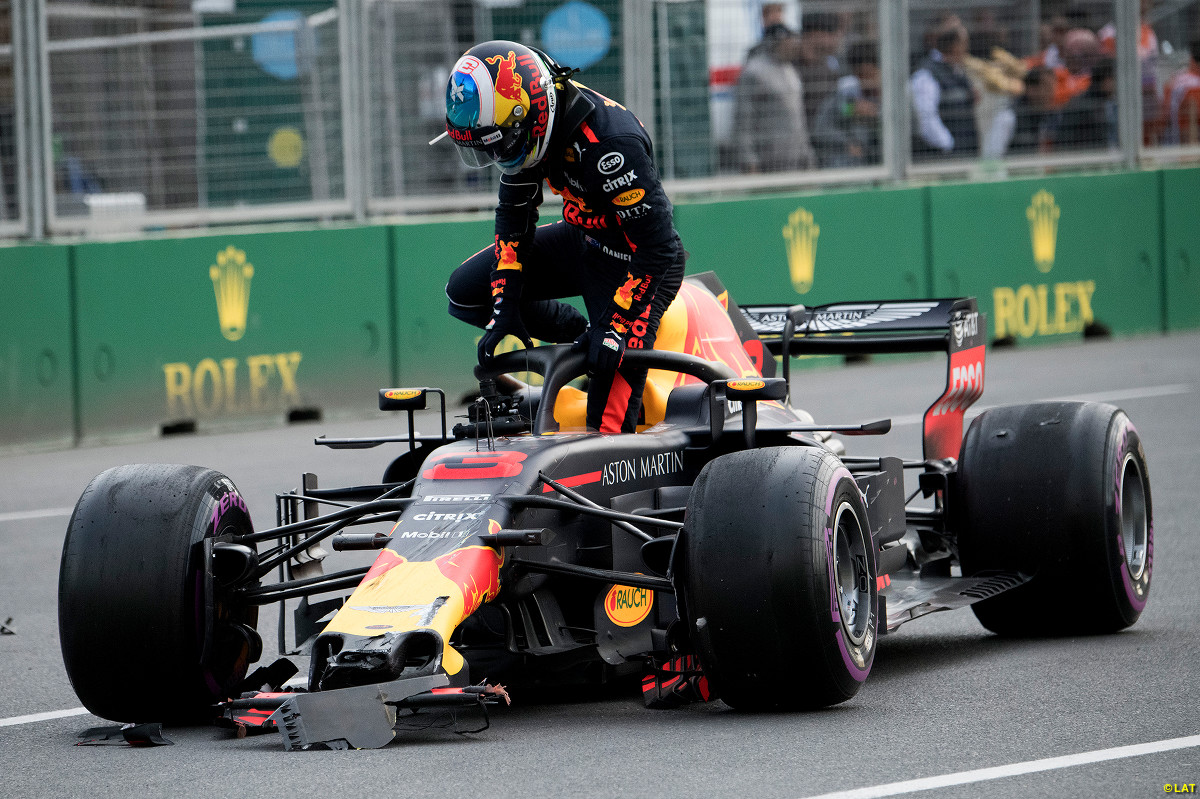 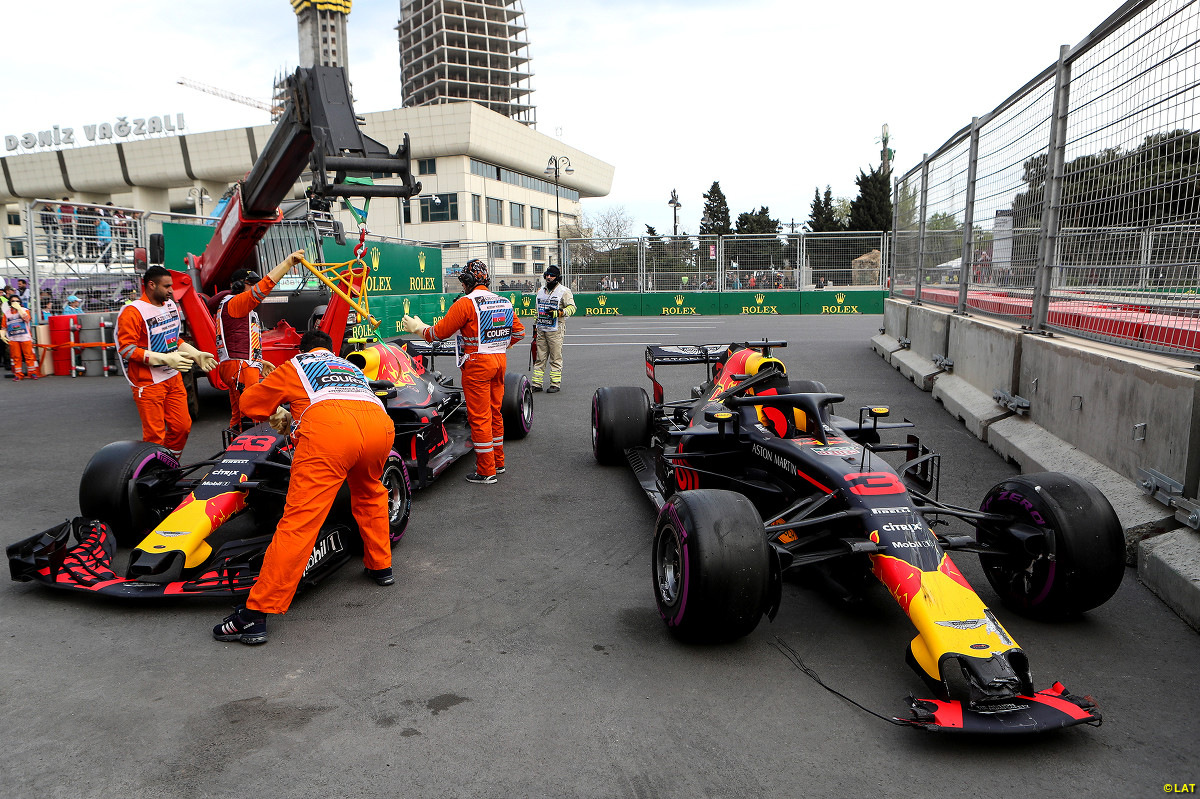 Red Bull blamed both drivers for the incident, and has demanded they apologise to the entire team at the factory. 9 / 9
Image 9 of 9
Latest

Red Bull motorsport advisor Helmut Marko has blamed both Max Verstappen and Daniel Ricciardo for the collision that took the Formula 1 team-mates out of the Azerbaijan Grand Prix. 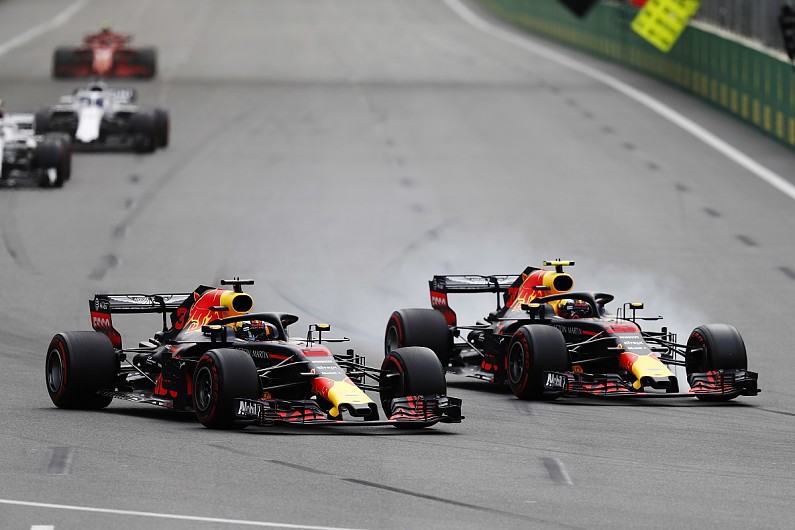