Honda will revert to its previous Formula 1 engine specification for the Mexican Grand Prix, with Pierre Gasly to start at the back for the second race in a row

Toro Rosso drivers Gasly and Brendon Hartley have had use of an upgraded Honda engine for the previous two F1 races but will use older versions in Mexico City.

This is because Honda needs to calibrate its engine for the high-altitude conditions and feels it has a better understanding of the second-specification of engine than the upgrade it recently introduced.

There is lower air density at Mexico City's Autodromo Hermanos Rodriguez circuit, situated 2200metres above sea level, which impacts the combustion process and means the engine works the turbocharger harder to compensate.

Gasly and Hartley are able to switch to the previous-spec Honda engine without needing new units, but Gasly will incur grid penalties for a separate engine offence.

Honda has identified a concern regarding the assembly of some of its latest-spec engines, including the one Gasly ran in the United States GP last weekend.

That engine has been sent back to Honda's Sakura facility in Japan for checks, but Gasly will run-in a new spec-three engine in Friday's opening practice in Mexico to introduce it to his pool of available units in case the Austin one cannot be salvaged. 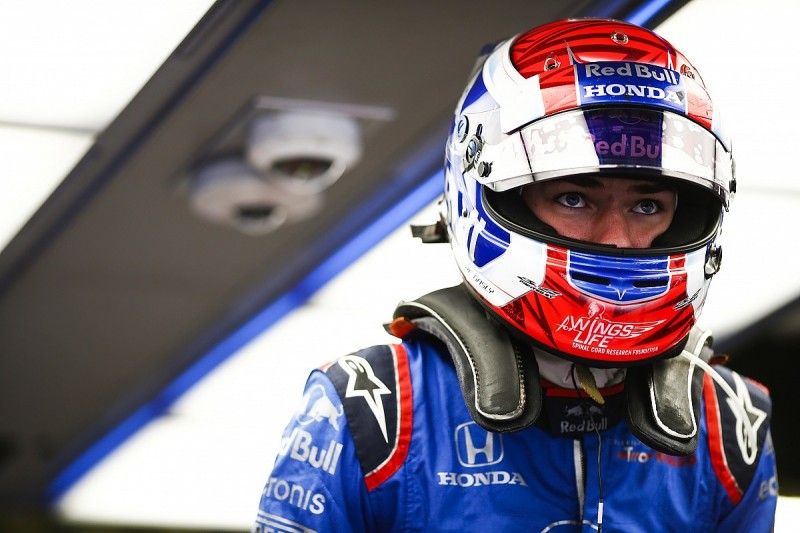 That means Gasly takes grid penalties for the second race in a row and the third time in four grand prix weekends.

Honda has made various changes in recent weeks, with the latest version of its spec-three engine only arriving in the US last weekend having been altered once to solve some gearbox oscillations and then modified physically before Austin in pursuit of more reliability.

Gasly will likely only complete a couple of laps in FP1 before Toro Rosso and Honda switch to the older-spec engine for FP2.

Hartley's spec-three engine is unaffected, so he will definitely have the same unit he had in Austin available for the final two races weekends.

Honda's F1 technical director Toyoharu Tanabe said: "We have a concern regarding the assembly of the one used in Austin.

"That power unit has been sent to Sakura for a full inspection and, at the moment, we are not sure if we can use it again this year.

"Therefore, by fitting a new one here, we add one to the pool of available units for the rest of this season.

"The reason for reverting to the earlier pre-Russia spec [for the rest of the weekend] is that we have a better understanding of this version of the power unit and are more confident in our ability to set it up correctly for the specific conditions here in Mexico City."