Honda is planning to introduce its final engine update of the 2016 Formula 1 season in Malaysia, according to its chief Yusuke Hasegawa, but that will mean penalties for McLaren

After spending seven development tokens on an update for Spa that focused on the internal combustion engine and turbo compressor, Honda has three tokens left.

Jenson Button and Fernando Alonso have already used their allocation for each of the six engine components, and in some cases exceeded it.

That means both will have to take a penalty when the update is introduced and Honda is keen to avoid doing so at its home race in Japan, which follows Malaysia.

"We introduced a new engine in Spa and at that moment we had nine races so we need to introduce one more engine," said Hasegawa.

"If you split the nine races it could be Malaysia or Japan or the USA.

"We do not want to get a penalty at Japan, so Malaysia makes sense.

"We are still discussing it with the team.

"I don't think the fans will let me take a penalty in Japan.

"I will not be allowed to walk into the circuit!" 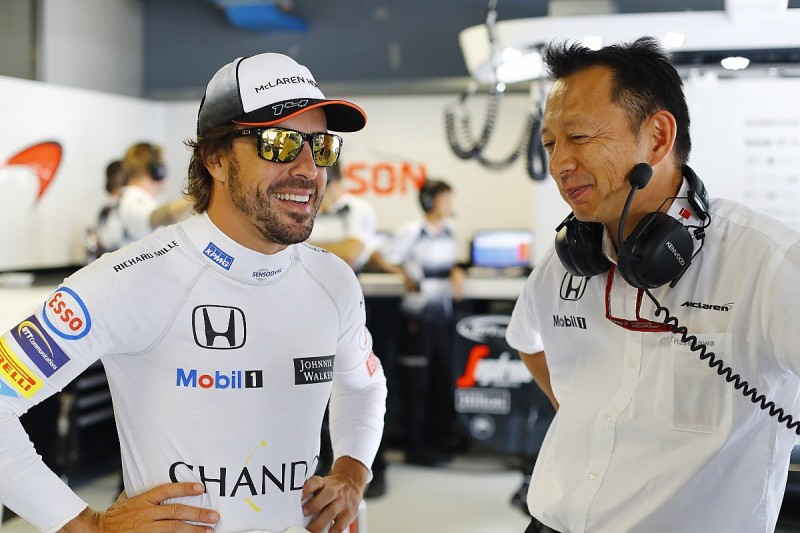 When asked by Autosport if both Alonso and Button will get the update, Hasegawa said that is "another point to be discussed".

He added: "I don't want to get both cars behind from a race tactics and a constructors' point of view.

"It might be better to split the tactics for the cars."

In terms of what part of the system will be updated, Hasegawa suggested the internal combustion engine remains the focus but a final decision has yet to be taken.

"We may introduce it in a different area because once we change the combustion it will cost us so much setting time we do not want to put a lot of resource on it this year," he said.

Regarding other potential areas to upgrade, Hasegawa highlighted "weight reduction or a tougher cylinder block or other area that would give more power".

ENGINE TOKEN USE SO FAR

Why F1 must avoid its latest red herring