A narrow win for a proposal to heritage list Adelaide's grand prix circuit has saved the historic venue for now.

A 1200-metre stretch of tarmac through Adelaide's Victoria Park, formerly used to create the city's famous Formula 1 and Supercars street circuit, was put on the chopping block by a recent proposal to redevelop the area into a greener space.

The 'Reimagining Victoria Park' proposal was heard at an Adelaide City Council meeting last night, Professor Doug McEvoy speaking of a"major threat to the public amenity of Victoria Park, because of overheating in summer due to climate change and a lack of tree canopy".

According to McEvoy the solution is to extend the tree canopy and 'remove as many hard surfaces as is feasible'.

Having received public backlash in recent days for what was seen as support for tearing up the old grand prix track, Councillor Greg Mackie proposed an alternative motion to the council that both argued for improved tree canopy, but protected the remaining elements of the circuit.

The new proposal, put together by Mackie alongside Councillor Alexander Hyde, also suggested the council assess whether the circuit, and in particular the Senna Chicane, should be heritage listed.

"We all know that it was the Formula 1 Australia Grand Prix that put Adelaide on the global map in many senses," Hyde told the council.

Hyde also spoke potential return of racing to the area, although that appeared to be a reference to ongoing talk of a Formula E event rather than a return of the recently-defunct Adelaide 500.

"There are ambitions within the community for some sort of racing, to a lesser extent, coming back," he said.

"Something that uses the short track, something that's quite unobtrusive; certainly not the very dystopian concrete and tyres for months on end that we unfortunately became every used to seeing around Victoria Park." 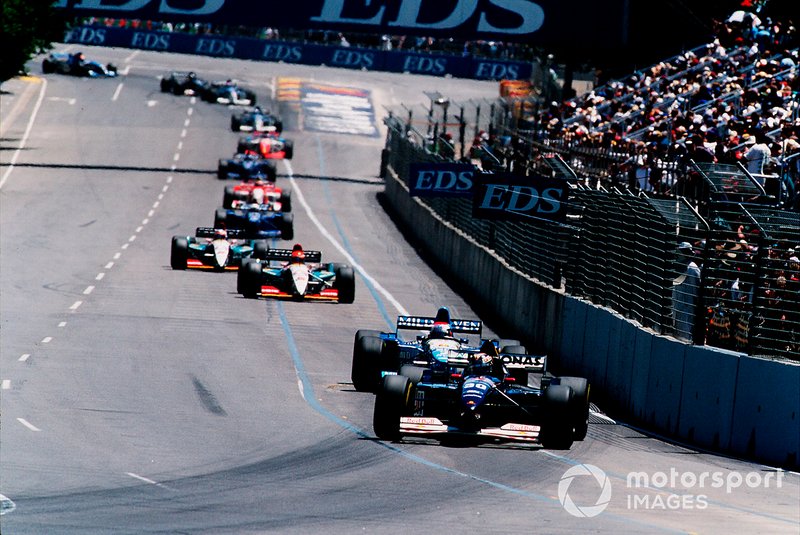 On the request of other councillors the motion was split in two parts, one effectively covering off the revised green space plan for more tree canopy and the other for the assessment of heritage listing for the circuit.

The first passed with a unanimous vote, however the heritage listing plan only got through by a single vote in favour.

A number of councillors argued against any need to even contemplate heritage listing of the venue, and there was clear support for fresh efforts to rip out the bitumen in the future.

Councillor Keiran Snape said he would "reluctantly" support the first part of the motion, but noted that he "would wish that we remove as much tarmac as possible".

He voted against the heritage listing proposal.

Councillor Anne Moran was another to fiercely oppose the idea of heritage listing the circuit.

She also called for the circuit to be ripped up, part of her reasoning to "permanently remove" any danger of motor racing returning to Victoria Park.

That was a direct response from plans from the state opposition to revive the Adelaide 500 Supercars event should they be elected next year.

"I would prefer to rip out the racing car track and all remnants of other cement features that are still there," Moran told the council.

"In doing so I would like the permanently remove the danger of bringing [back] motorsports of the kind we have seen, excusing perhaps electrics cars, of the tired barriers, the petrol fumes... we pussy foot around it a little bit. There is no reason to heritage list any part of then track.

"If there's a historical use of Victoria Park it was for horse racing.

"That's pandering to the petrol heads. Surely we are better than that now.

"By the time Melbourne got [the grand prix] we were about to get rid of it. And as for the Supercars it was really a poor replacement.

"I say rip up the track, plant some trees and get a decent cycle track.

"It shouldn't be our long-term plan to mothball this relic of the petrol-guzzling, carbon-depleting bad old days."