© 2021 Motorsport Network. All rights reserved.
TV Tickets Fashion Giorgio Piola Jobs
Previous / Todt not a fan of sprint qualifying: "I don't think F1 needs it" Next / Mercedes: Low downforce choice would have been slower for us at French GP
Formula 1 / French GP News

Lewis Hamilton felt pleased to have disproved any “myth” about Mercedes’ Formula 1 cars after qualifying ahead of team-mate Valtteri Bottas for Sunday’s French Grand Prix.

Hamilton and Bottas swapped chassis ahead of the Paul Ricard race weekend as part of Mercedes’ planned rotation through the season.

Bottas impressed throughout practice on Friday, beating Hamilton in both sessions, and was able to lead Mercedes’ charge again in final practice on Saturday morning.

Hamilton struggled more in Friday’s running, leading to questions about whether the chassis swap had made any difference to the two Mercedes drivers’ performance.

But Hamilton managed to string together a quick lap in the final stage of qualifying to secure second place on the grid behind Red Bull’s Max Verstappen, relegating Bottas to third.

Hamilton felt it had been a “really hard weekend mentally” trying to get the Mercedes car into a good performance window, saying his team had been “chasing our tail” on set-up, but was happy to counter any theories about the chassis swap.

“I've been generally unhappy in the car weekend,” Hamilton said in the post-qualifying interview with Paul di Resta.

“I saw you come up with some myth, and so I was happy to be able to prove it wrong - the quality of our engineers’ work, you know, all the cars are exactly the same. 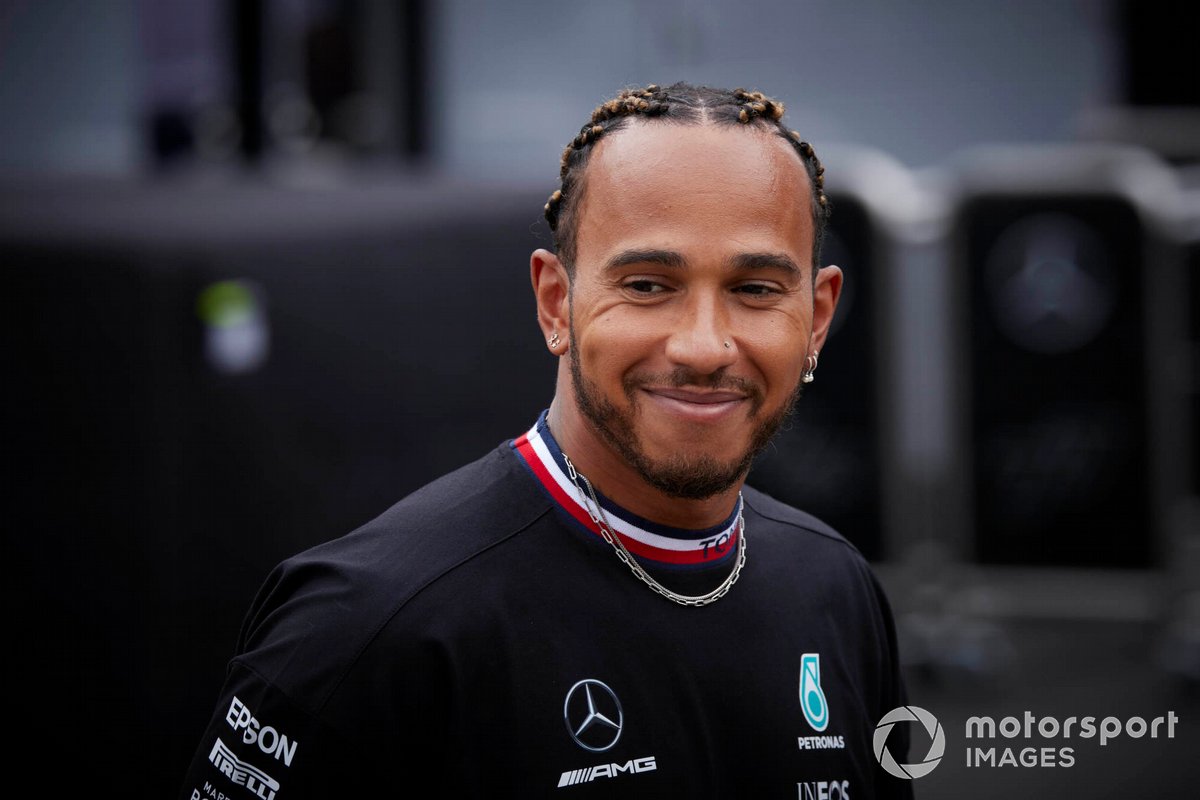 “Congratulations to Max, he did a great job today. They’ve been incredibly quick. You see they've got a new engine this weekend, not a new spec or anything as far as I'm aware, but anyway, they're quick down the straight.

“I think it was a lot of time on the straight today, so we've got a race on our hands, and we're loving the battle. So we're just going to keep pushing, keep fighting and giving it everything.”

Hamilton heads into Sunday’s race trailing Verstappen by just four points at the top of the drivers’ championship, with their title fight looking set to rage on throughout the year.

Although Hamilton felt uncertain about Mercedes’ long-run pace from Friday’s practice running, he took confidence from the changes that had been made on his car since then.

"In practice, it was a real struggle and our long run pace, I think [Red Bull] were a tenth or two quicker than us on a long run,” Hamilton said.

“But my car is in a much different place now. So I’m just going to stay hopeful, do everything that I can obviously. We're in second, you've got a fighting chance at least down to Turn 1 and there's going to be some interesting strategy probably tomorrow.

“I don't know, maybe [there is] rain, so you get to see kind of potentially get to see the rainmeisters do their thing. I'm excited.”