Valtteri Bottas believes it is "hard to say" if his greater comfort with the Mercedes Formula 1 car at Paul Ricard is down to the chassis swap with Lewis Hamilton.

Bottas struggled throughout the Azerbaijan Grand Prix weekend two weeks ago, qualifying 10th and finishing 12th, with the result dropping him to sixth in the drivers' standings.

The strong showing in France came after it was revealed on Thursday that Mercedes had swapped Bottas and Hamilton's car chassis as part of the team's planned rotation for the season.

Speaking after second practice, Bottas explained how he felt more trust with the car than he had recently, but was unsure if it was a result of the chassis change or the conditions at Paul Ricard.

"It's hard to say if its chassis or the track conditions, but it is a lot better feeling than two weeks ago, that's for sure," Bottas said.

"I feel we have started the weekend on the right foot. I feel everything is feeling quite OK, and I've been comfortable and pretty fast with the car so far.

"It's different a track, but the balance is good, the tyres are working well and I'm confident with the car. I can trust the car, and I think that is the biggest difference." 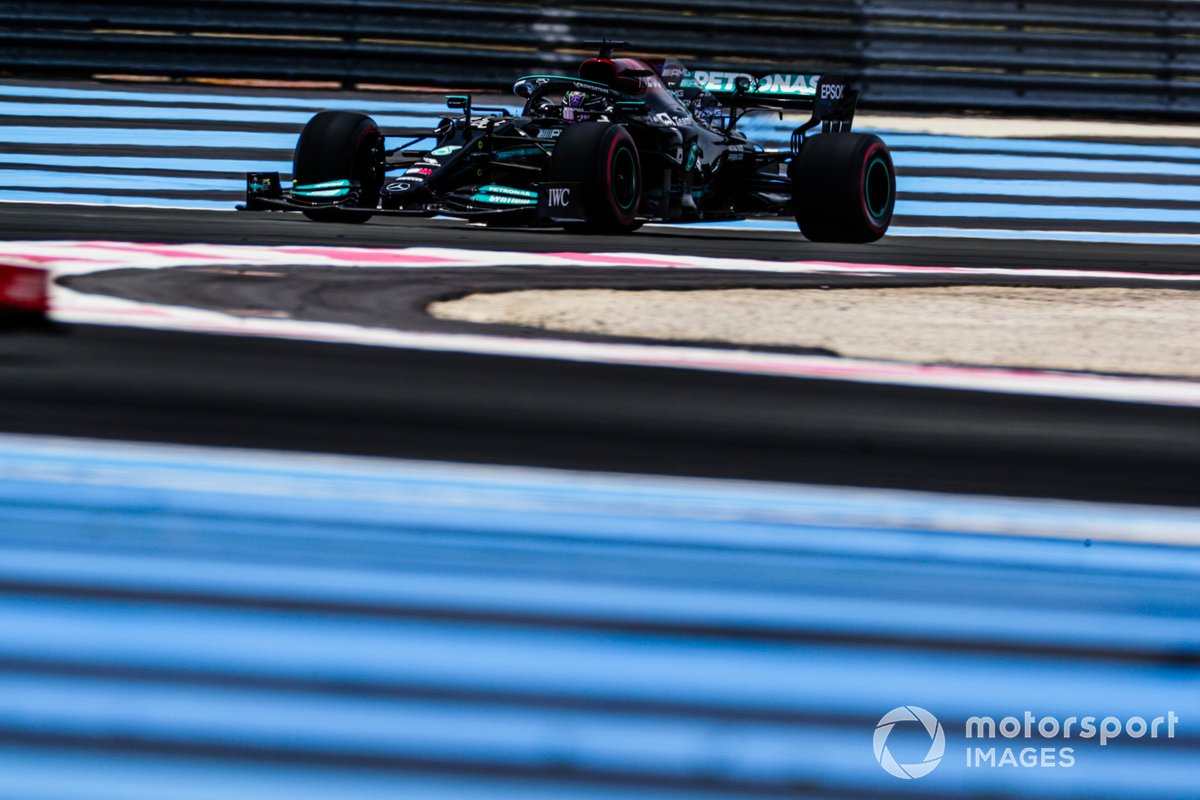 Team-mate Hamilton finished Friday's running in France third-quickest for Mercedes, finishing two-tenths behind Bottas, but the Briton said the feeling in the car was "not much different" to Monaco and Baku when he experienced struggles.

"Even though the position is quite a bit different to Monaco and Baku, [it's] quite a struggle this weekend, I think, probably for everyone," Hamilton said.

"I don't know if it's the track surface or it's the temperature, or these inflated tyres. They put the pressures up higher than ever before, one of the highest.

"I think it's difficult to say. We're all sliding around, and it's a struggle out there I think for everyone."

But Hamilton did not believe the chassis swap played any role in his struggles, saying his car did not feel significantly different and that swings in performance between chassis only happened "very rarely".

Mercedes team principal Toto Wolff explained that the chassis swap was "part of the plan" to manage mileage of parts on the two cars, and that a new one could always be used if it would help a driver.

"It's good to get the feedback," Wolff said. "If it calms the driver's mind, we have a spare chassis which is a brand new one, we can always do that."

Asked if there was anything Hamilton was finding different about the chassis he is using in France, Wolff replied: "It's the chassis that was splendid in Monaco, that qualified Valtteri right in front. But you never know.

"You listen to the engineers and said it's all tested, and there shouldn't be any difference.

"But if the driver feels that it's not, then it's definitely not worth trying to make a point here, then you just need to change."