The seven-time champion has endured a run of difficult races since the start of the campaign with his Mercedes car suffering quite badly from porpoising.

But after appearing to take a slight step forward with form in Montreal, Hamilton managed his second podium finish of the season as he took third place behind Max Verstappen and Carlos Sainz.

He admitted, however, that this one felt much better because it had come after the team had endured its fair share of pain in recent weeks.

“It's quite overwhelming, honestly, to get this third place,” said Hamilton.

“It's been such a battle this year with the car and as a team. But we continue to stay vigilant and focused and never giving up.

“That's something I'm so proud of, and I’m inspired by my crew. So thank you to everyone that's here and back at the factory.”

Hamilton finished the Montreal race just more than seven seconds behind race winner Verstappen, thanks to a late-race safety car compressing the field. 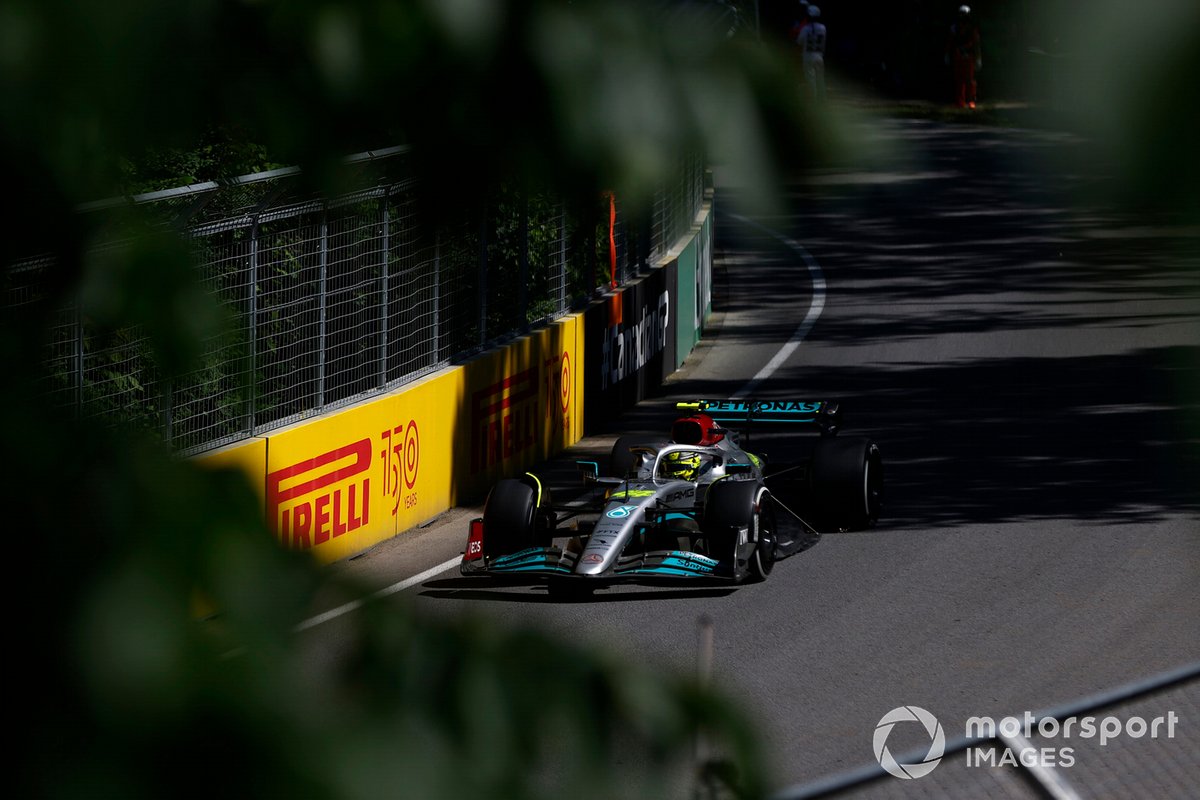 However, he felt that the form of the Mercedes had been much better compared to Red Bull and Ferrari than recent races.

“They're a little bit too quick for us at the moment,” he said about the cars ahead. “I was giving it everything but we're getting closer. So we’ve just got to keep pushing. Hopefully will be in a fight with these guys.”

Hamilton’s Canada weekend had not got off to a good start after a failed experiment with a new floor and extreme setup on Friday – trials that he had labelled a ‘disaster’.

But he says a concerted effort back at the Mercedes factory and in the simulator had helped turn things around.

“Honestly, our pace was quite good, particularly in the second phase of the stint,” he said.

“We did a lot of work back in the simulator but also here to get the setup right. So honestly, I'm ecstatic.

“I didn't expect this coming into the weekend. It's my second podium of the year. So this feels really special, especially where I got my first grand prix win.”