Romain Grosjean's farewell Formula 1 test with Mercedes will still go ahead next month, despite a date change for the French GP forcing a demo run to be cancelled.

Having switched to IndyCar after his F1 career was abruptly ended by a fiery crash in last year's Bahrain Grand Prix, the Frenchman had been due to get two outings with Mercedes in June as part of a special final run in F1 machinery.

He was originally due to demo a Mercedes W10 over the French GP weekend on 25-27 June, prior to a proper test at Paul Ricard on 29 June.

However, as part of a calendar shuffle prompted by the Turkish Grand Prix being called off, the French GP has been brought forward a week.

The event now takes place on the same 20 June date as the Road America IndyCar round, with Grosjean committed to the street and road course events with Dale Coyne Racing.

A spokesman for Mercedes has confirmed that the clash means that Grosjean's demo laps in France can no longer go ahead as originally planned.

However, Mercedes will still give him a proper run out at Paul Ricard on 29 June. 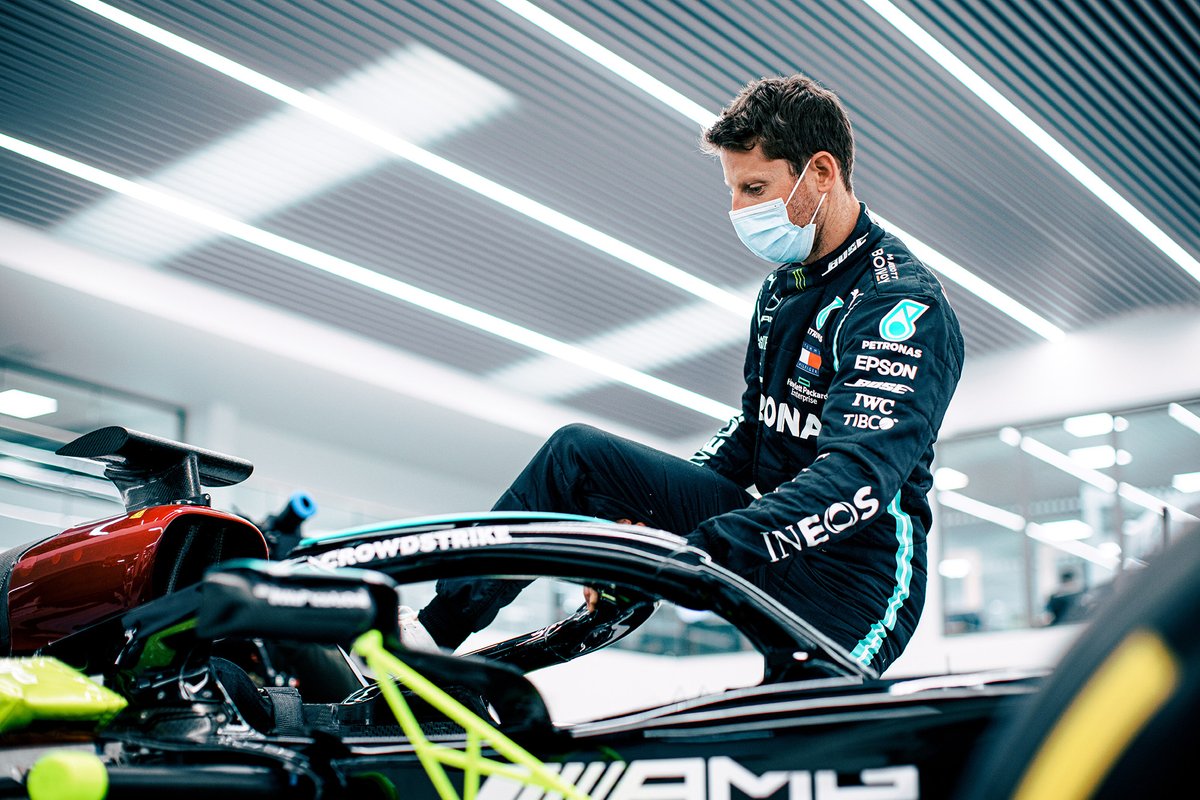 Grosjean's test with Mercedes came as part of an offer that Mercedes F1 team boss Toto Wolff made while the former Haas driver was recovering in hospital from burns sustained in the crash.

Speaking to the Beyond the Grid podcast this week, Grosjean revealed: "It was all Toto. You know, when I was in my hospital bed in Bahrain, someone was helping me to open the things on my mobile phone, because I didn't have any fingers to use.

And then friends told me 'Oh, Toto says you could have a test in a Mercedes if you don't make it back to Abu Dhabi'. And I'm like, 'Oh okay, that's, you know, that is super cool.

"Obviously, at the time, I really liked it. But I wanted to come back to Abu Dhabi until the day it wasn't going to happen. And then I went back home, had a bit of recovery and then eventually got a call from Mercedes.

"And it says, 'Okay, so here are the dates that we could do it, seat fit will be on that date, you could do a little bit of simulator as well, and how does that work for you and are you up for it?' Bloody hell, of course I'm up for it!

He added: "It is an incredible chance. Just for few things. I'm still a Formula 1 fan. I still watch the races. I have been driving it, but now I get to drive the 2019 world champion car, which at the end is not too far from the 2020, which was probably the fastest Formula 1 car ever built.

"And I drive it without pressure, you know, without having a test day to complete few test things and go through a programme and so on. Yes we can have a programme, but it's more [like] let's go and have some fun."