The British Grand Prix is to run an evening qualifying session as part of the weekend timetable shake-up triggered by the new Formula 1 sprint race trial.

The July event at Silverstone is to be the first to feature a 100km sprint qualifying race on the Saturday, that will decide the grid for Sunday’s main event.

The introduction of the sprint race means that the normal qualifying session that takes place on the Saturday is now moving to Friday – with there being just a single practice session on the opening day of track action.

The shuffle of sessions has also opened the door for a wider shift in the timing of sessions, with Silverstone moving everything back later on each day.

First practice on Friday will not begin until 2.30pm, with the qualifying session getting under way at 6pm.

The late start to action on Friday could help Silverstone increase crowd attendance as fans could still make it to the track after school and work.

On the Saturday, the second free practice session will get underway at 12pm, with the sprint qualifying beginning at 4.30pm.

The British Grand Prix itself will start at 3pm on Sunday, which is an hour later than normal.

F1 plans to run the sprint qualifying format at three races this year with a view to seeing if it is something that interests fans and broadcasters.

As well as deciding the grid for Sunday's race, points will be handed out to the top three finishers to offer an extra incentive to push for the win. 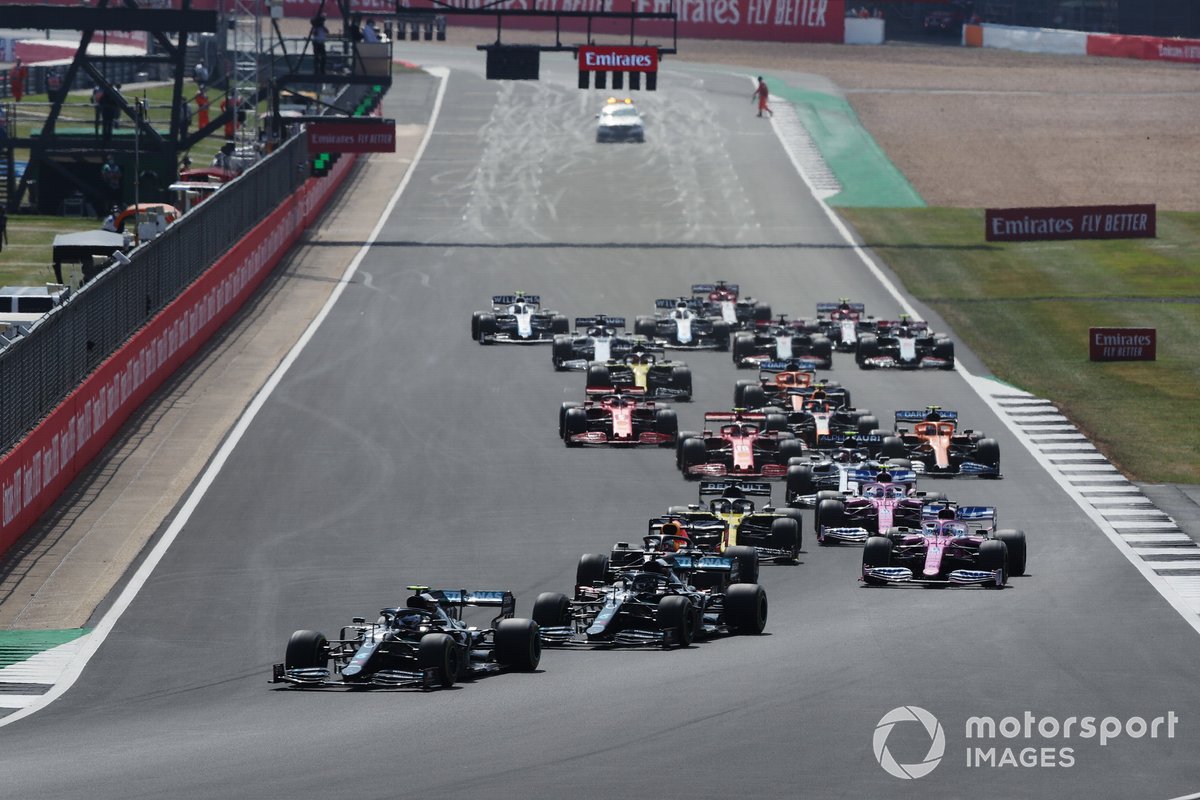 Stefano Domenicali, F1 CEO, welcomed the fact that all teams had got behind the sprint race idea, which is also set to be used at Monza and perhaps Brazil later on in the campaign.