Williams's push to give its Formula 1 car more downforce has eliminated its previous straightline advantage without gaining enough cornering speed, say its drivers

The British F1 team adopted a more aggressive design philosophy for 2018 but has zero points after the first three races of the season.

Williams had the slowest top speed of any team in qualifying for the recent Chinese Grand Prix, continuing a trend of being much worse through the speed traps this year compared to last in both qualifying and the race.

"Nobody was, of course, planning to completely flip this balance, but we wanted to move it to maybe a bit 50-50.

"I won't say that we were really planning to lose on the straights, but we knew ahead of time and were expecting that we wouldn't be the fastest.

"But of course in turn we expected to get something that we so far didn't get."

Top speeds have fallen for all teams in 2018 because the addition of the halo driver protection device to the cockpit has made the cars heavier.

However, Williams has the worst drop and in qualifying has fallen from 5.98km/h above the average top speed in Australia, Bahrain and China last year to 2.4km/h below.

Its top speed compares slightly better to other teams in the races at 1.84km/h above the average, but this is still down compared to last year when it was 8.64km/h higher than the mean. 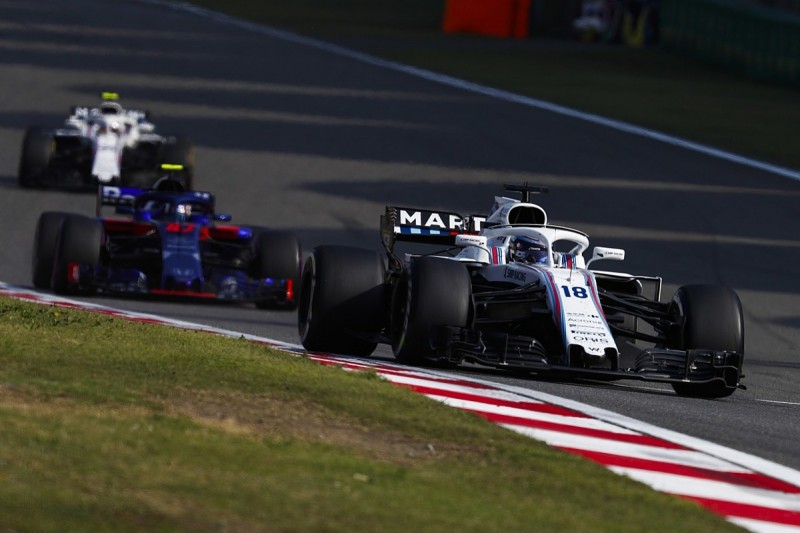 Lance Stroll said: "we've lost a good chunk in our strong point and we haven't gained enough in our weak point.

"We [also] don't have the handling benefits that we were looking for of the direction change that we made over the winter.

"That straightline performance was really good last year, especially in the race, for overtaking and for maintaining position, and having competitive races.

"That cornering speed is not where we want it to be."

Both drivers have identified entry stability as a weakness, among other handling problems.

This weekend's Azerbaijan Grand Prix features the longest start-finish straight of the season and Stroll is expecting a tough return to the race at which he took his maiden F1 podium last year.

However, Sirotkin said the team knows "what we can do, by fixing a few things, to make the car work again".

Sirotkin also said Williams is facing more of a challenge to avoid overheating than it expected.

He said that last year's cooling package was "not at all sensitive", so Williams opted to be more aggressive this year by trying to use more of the airflow to generate downforce instead of cooling parts of the car.

However, Sirotkin admitted "where we are now, we don't see the result of it all".