Daniel Ricciardo has rubbished suggestions that he has signed a pre-contract option with Ferrari, and he insists he has only spoken to Red Bull about his Formula 1 future

The Australian's strong start to the campaign has thrust the Chinese GP winner into the centre of the 2019 F1 driver market situation, with rivals Ferrari and Mercedes having seats available as things stand.

But after recent reports claiming he had signed some form of pre-contract option with Ferrari to exclusively only deal with it for a set period, Ricciardo has categorically stated that is not the case.

"That is not true. I can say that," he said in Baku. "I've only had talks with Red Bull.

"Even already last year we have been pretty open with each other and through the media as well they say they are interested in keeping me. We have had some talks regarding this.

"I am aware of other reports, but there hasn't been anything else. They are not true. At least not up until now. Certainly not."

Ricciardo is clear that he wants to get himself into a car in 2019 that he can win the championship with.

And following suggestions that Ferrari appears focused solely around Sebastian Vettel, judging by the strategy it put Kimi Raikkonen on in China, Ricciardo says he will not accept playing second fiddle to anyone else.

"I wouldn't want to go somewhere where I didn't feel I had a chance," he said. 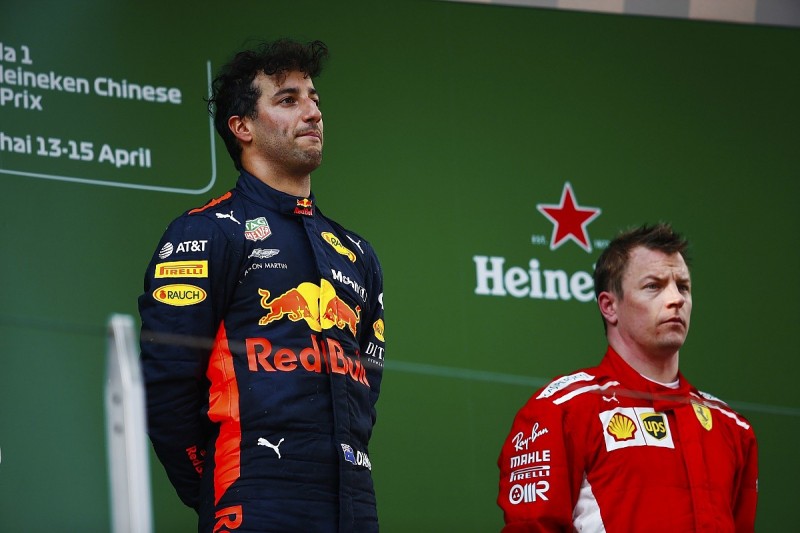 "If someone said, 'we will let you here but you can't do this', that is not an attractive option to me.

"Is that the case somewhere? I honestly don't know what is going on with other teams.

"At Red Bull there has always been really good clarity and fairness since 2014, since I have been there, so that has been certainly a nice environment and I would expect that environment everywhere."

Ricciardo reckoned that the summer break is likely the time when he will make a call on where he goes for 2019.

"I guess I don't really fear not having a seat next year so I don't feel I need to sign something tomorrow or I have nothing," he said.

"So for that reason I feel I can wait until the summer. I don't feel I need to push anything until then."

When asked by Autosport if the curiosity to see what life was like at another team would get the better of him, Ricciardo said: "I don't know. I think the curiosity will not overcome the facts, in terms of what options I will have and which car is ultimately the fastest, that is really the top of my list.

"I wouldn't just go somewhere else for a change. If I did move on, I would make sure I felt it was potentially better, that is all."