America media, communications and entertainments giant Liberty completed the initial phase of becoming F1's largest shareholder on Wednesday, with the $8billion deal to go through in the first quarter of 2017.

Fernley, a vociferous critic of previous majority owner CVC Capital Partners, is looking to Liberty Media to now invest in F1 and help it progress.

"I think it's fair to say I've been mildly critical of CVC in the past, so therefore a new partner is good," Fernley told Autosport.

"In CVC we've had a corporation there that's only been interested in extracting money.

"They've done what they're supposed to do as a hedge fund, which is returned money to their shareholders, and they've sold out now and positioned themselves.

"Hopefully they've sold to a company that can create the growth in Formula 1.

"When you bring in a media group there is a obviously a vested interest there in developing the sport. It pays, then, on both sides.

"They will bring in a lot of experience from the American sporting franchise models and that can only be a good thing."

Fernley believes Liberty should be a good match for F1.

"We've a unique product in Formula 1, created by Bernie [Ecclestone], along with other people who have contributed in the past - the likes of Ron Dennis, Frank Williams, Ken Tyrrell," he said.

"Then if you can overlay the expertise Liberty Media has in sports marketing, which is second to none, you've an exciting mix.

"It's just a question of putting it together now, but the key message to get across from our side is that it's exciting times." 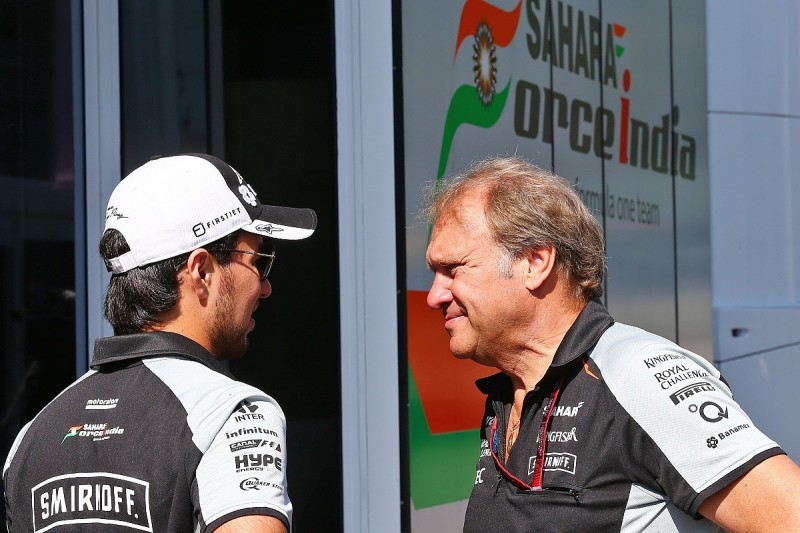 Liberty Media has confirmed it will be giving the teams "the opportunity to participate in the investment of Formula 1", with some squads already expressing an interest.

"The devil is in the detail," added Fernley.

"Strangely enough we once proposed that type of model to CVC over two years ago, so it's pleasing to see that things have developed to start thinking down those roads.

"Of course, it depends on how it's done, how it will work. It would be ideal if it were some sort of franchise model, with the teams themselves secure within the product, and then owners can come and go."

Fernley is also delighted Ecclestone is to remain as CEO, extending his 40-plus years involvement in F1.

"We need Bernie there to guide it through the process, and to keep that uniqueness. That's the most important thing," said Fernley.

"Clearly there has to be a transition, and regardless of our disagreements, you need Bernie to guide it through this process."