Mercedes boss Toto Wolff admits his Formula 1 team is struggling with overheating tyres like last season, after Ferrari surprisingly locked out the front row for the Bahrain Grand Prix

Lewis Hamilton scored a comfortable pole position for the first F1 race of 2018 in Melbourne, but was 0.262s off the pace in Bahrain, with team-mate Valtteri Bottas 0.166s down at a circuit that normally suits Mercedes.

Wolff says the Bahrain track, now acknowledged by Pirelli as the roughest of the season, has not played to the strengths of Mercedes, which struggled last season to stop the softer compound rear tyres from overheating.

"I always said right from the beginning that this was going to be a season where it was going to be much tougher, particularly against Ferrari and Red Bull," Wolff said.

"I was genuine about it and I meant it, and you could see that on a track like Bahrain with a very abrasive surface and lots of heat, we struggle.

"On the softs the car was much better. But putting the softer compound on, the super-soft, it looks like we're overheating, and therefore not extracting the optimum grip."

Mercedes' struggles on the ultra-soft tyre last season, the make-up of which is similar to this year's super-soft, led Wolff to dub the 2017 car a "capricious diva" as performance swung from one race to the next.

Asked if the 2018 car was also a diva, Wolff replied: "No, it's different. She's not a diva. I think the drivers feel that the car is very much together. But we just lacked the pace today."

However, Wolff agreed the W09 seems to share some traits with previous Brackley cars.

"In the last years we always seemed to struggle on particular circuits," he added.

"We were struggling in Monaco, struggling a bit in Budapest, and in Sepang, and in Singapore. In the years where we had a very strong package, these circuits were our weaknesses.

"Bahrain was one where we were successful in terms of results in the past, but also sometimes it was not trivial to find the right set-up. 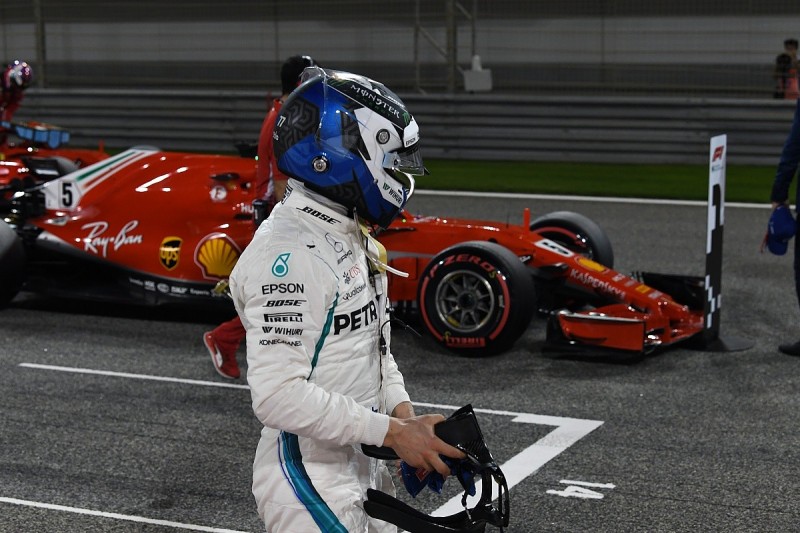