A lacklustre showing in qualifying at the Sakhir F1 circuit, with neither the Spaniard nor team-mate Stoffel Vandoorne making it through to Q3, has left the team searching for answers for such a poor performance.

But while racing director Eric Boullier said he was 'astonished' at events on Saturday - which included McLaren being outqualified by the Honda-powered Toro Rossos - Alonso said he was not shocked by what happened.

"The nature of the circuit is far from ideal for our car," said Alonso, who starts from 13th on the grid and said the new parts on the MCL33 for this race "work fine".

"We came here looking at last year's performance and it was not great.

"It was one of the worst performances for us last year and unfortunately we saw again today that this is a circuit that we don't have into our hands yet in terms of approach or set-up.

"It is something we need to keep analysing."

Pushed on where he felt McLaren was lacking, Alonso said: "Probably a little bit everywhere. We are not the strongest on the top speed. Braking performance was also not great today. Traction. We struggled a little bit too much today." 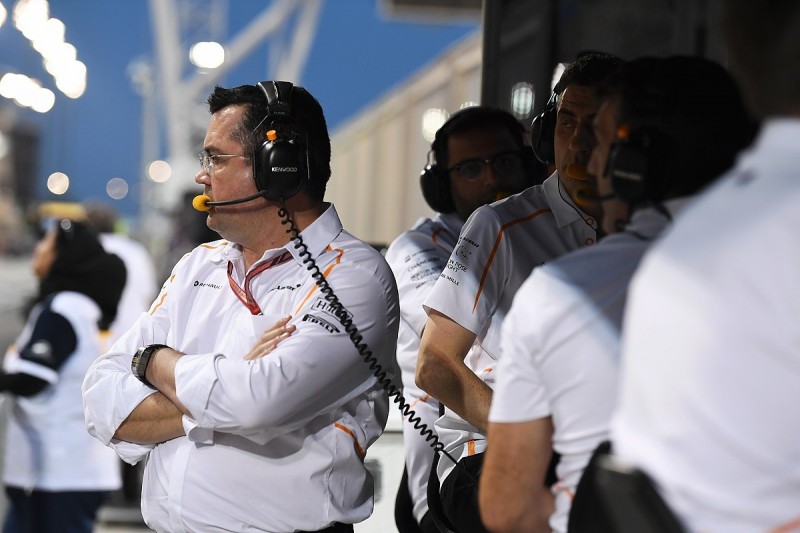 Boullier skipped the team's usual post-qualifying media commitment to attend a debrief as the team kicked off its inquest into the bad performance.

As well as the track layout not being ideal for the car, Alonso reckoned compromises needed to look after the tyres for the race had worked against the team in qualifying.

"This circuit requires a little bit different set-up concept for qualifying and the race distance, because here the rear degradation is huge," he added.

"With this type of circuit being stop and go, with heavy traction, corners and things like that, you need a very strong rear end.

"If you have a very strong rear end then you struggle in qualifying to rotate the car in the hairpins with the front end missing, so maybe we set up the car a little bit too much towards the race.

"But it is not an excuse. We didn't perform today and hopefully tomorrow we can see a little bit more performance.

"Last year, it was very poor qualifying and then we were fighting for 11th until the last couple of laps, so last year the race pace was much better than the qualifying pace.

"We expect tomorrow to be a step ahead on today's performance and the points are the target for both cars, so we see whether we can do it."