Although Sebastian Vettel won the Australian Grand Prix, Hamilton's Mercedes was clearly the faster car in Melbourne, but this weekend at Sakhir the W09 has been no match for the SF71H, with Vettel and Kimi Raikkonen locking out the front row for Ferrari in qualifying.

When asked to explain the turnaround in form between the two teams compared to the season opener, Hamilton said: "I don't have any answers, I don't know why we don't have the pace that we had, this weekend.

"Ferrari didn't have the pace in the last race for whatever reason, now they are back to normal, maybe?

"We'll find out in the races to come. But what we know is Ferrari has been quick here all weekend and we've not been able to match them.

"Looking at Vettel's lap, it didn't look like anything spectacular, it was a very clean lap, but there were a couple of areas where they are particularly stronger than us.

"When I looked at their lap from the last race they looked pretty well balanced also, and if you look at my lap here it doesn't look tacky - it was quite a clean lap in general.

"It's not been that difficult [for Mercedes]. Ferrari were just quicker in the end."

Hamilton will start ninth due to a five-place gearbox-change penalty, and unlike the rest of the leading cars he will start the race on the soft tyres after using them instead of the supersofts to progress from Q2. 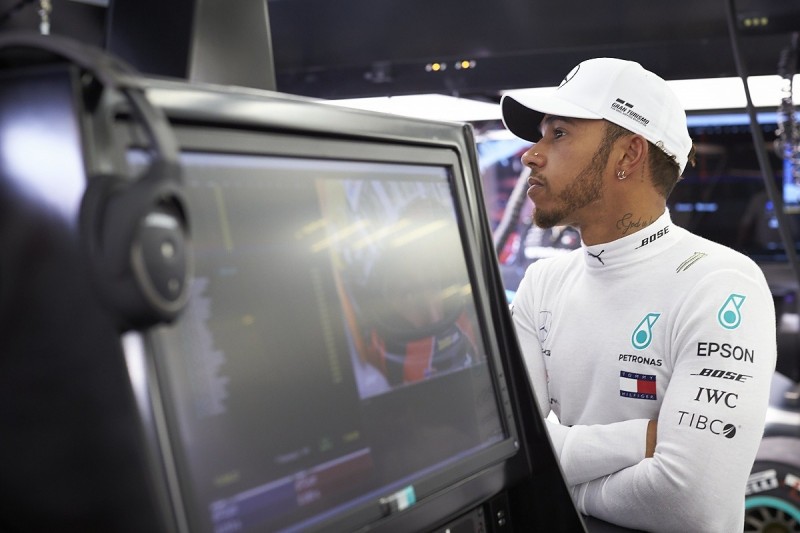 However, while he is happy with his car in race trim, he doesn't expect the picture to change on Sunday between Mercedes and Ferrari.

"My long run on the supersoft was really good," he said. "But we still weren't quickest.

"It doesn't really matter what tyre you put on, they [Ferrari] are quicker.

"It has been the case all weekend. "Their long runs were quicker on both tyres [supersofts and softs], so it's likely to be the case tomorrow.

"We'll try to change that and make sure that's not the case, but there's not much we can do other than try our best."

Team-mate Valtteri Bottas, who qualified third behind the Ferraris, added he was also at a loss to explain Mercedes' dip in form.

"We are not having the pace that we expected coming here but we also didn't have anything new since Melbourne.

"Ferrari this weekend so far has been a quicker car and we need to completely understand why."