Force India has told Esteban Ocon and Sergio Perez to avoid first lap incidents with each other - and advised them to compromise a rival instead, if they find themselves with a choice

Memories of last year's controversial collisions between the pair were revived in China when Perez went off on the first lap after a brush with Nico Hulkenberg. Ocon was delayed in the aftermath, although they didn't make contact.

"All sorts of variable are out of your control, including Hulkenberg running you wide onto a surface that doesn't have the same grip, and then you come back in front of your team-mate.

"It was a bit unfortunate for us that that happened, but it's very difficult for us to control a start or first lap incident.

"We just have to focus on telling the drivers that if it's a choice of running a competitor off or your team-mate, you always take the competitor.

"I've had some experience in competitive racing too, and it's really hard, because they are split second decisions that you make.

"If you know what's behind you and you've got a choice in that split second, 'choose a competitor and not your team-mate' is what we said, and they both understand that.

"In the future that will be going through their minds at the start, but it's really difficult."

'The car we should have had in testing' 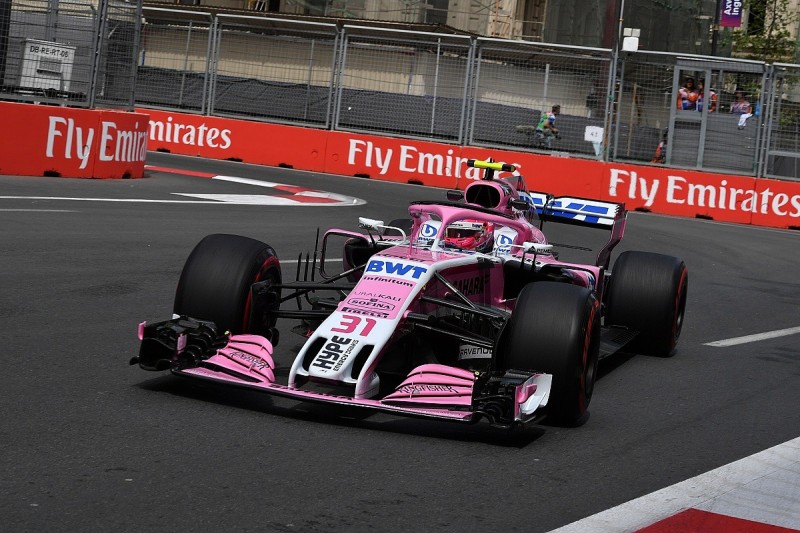 Meanwhile Force India has shown much improved performance in Baku free practice, with both drivers in the top five in FP1. Szafnauer said that the team now has the package it should have had in testing.

"First and foremost we had to get all the components on the car that we'd designed and developed in the wind tunnel, and once that happened then we had a good understanding of what the car was like," he said.

"Like always you get real world feedback from the drivers and data you collect at the track, not just windtunnel or CFD.

"You correlate to what you think you have and then start making changes, and that's a process we go through over and over to develop this car into the competitive car that it needs to be.

"It wasn't available in winter testing like it would have been for most teams, so we had to drip feed it in.

"The car we have here today is the car we should have had in winter testing, now we're learning and developing from here forward."