Force India: McLaren not out of reach in F1 constructors' fight

Mallya's operation was ahead of the Woking-based squad in the battle for fifth place until the Belgian Grand Prix, when McLaren moved in front.

Force India has struggled to maintain its early-season form, with McLaren having outscored the Silverstone team 39-3 in the last five races.

McLaren is now 14 points ahead with six races remaining - a gap Mallya insists can still be closed down.

"The objective has not changed. McLaren have a points lead over us, but they are not totally out of reach," said Mallya.

"As I've said before, turning on the tyres is paramount and we are working hard to achieve this.

"There are a lot of points on offer and we need to try and regain the performance level we showed in the first part of the season."

Mallya is aware, however, that this weekend's Korean Grand Prix will not represent the best opportunity for his team, as it is a track where Force India has struggled in the past.

"It's never been our strongest track, although we did score some points there last year," he said. 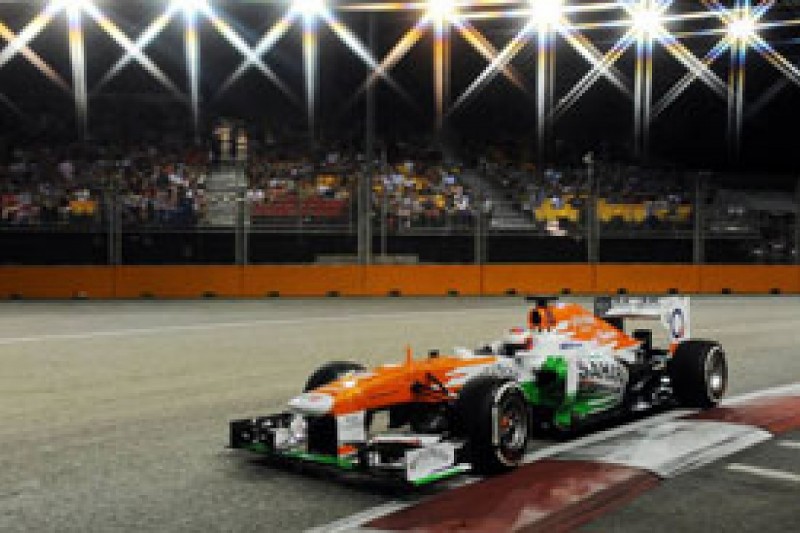 "It's quite low-grip and the cooler temperatures make it a very different challenge.

"We will go there ready to learn as much as possible, try and improve our qualifying pace and come up with a smart strategy for Sunday."